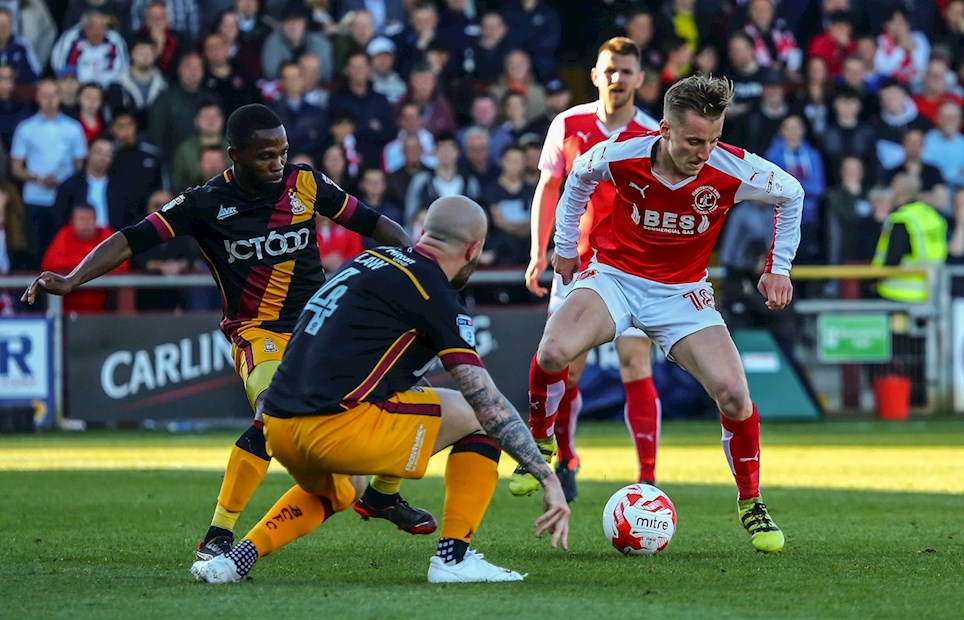 
Fancy a bet ahead of Fleetwood Town’s game against Bradford City this Tuesday? See the latest odds with our EFL partner Sky Bet. 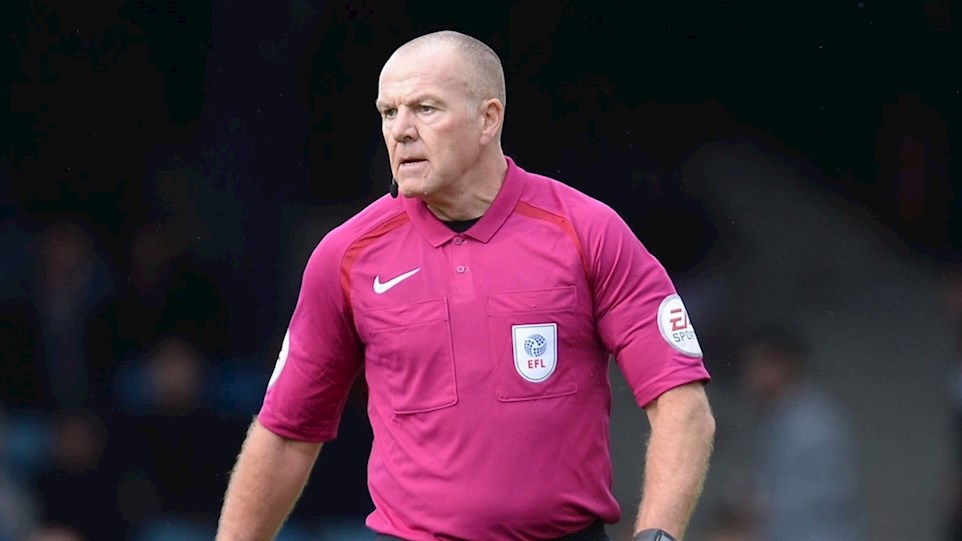 
The match officials for Tuesday’s game against Bradford City have been announced.

Fleetwood bounced back from a two defeats in perfect style with a resounding 3-0 victory over Bradford City at the Northern Commercials Stadium on Tuesday night.

Two former Bantams players came back to haunt their former employers as Devante Cole and Jordy Hiwula both scored. Ash Hunter added gloss to the scoreline in an impressive finish just seconds after coming off the bench.

Uwe Rosler made three changes from Saturday’s home defeat to Southend, with Hiwula, Kyle Dempsey and George Glendon all coming into the starting line up ahead of the Wes Burns, Markus Schwabl and the suspended Aiden O’Neill.

Bradford began the match well, first Cian Bolger was forced to clear a smart corner before Jake Reeves forced Alex Cairns into a save with a pile driver from distance.

Town did begin to find their feet in the game well, and presented the game with its first clear-cut chance. Dempsey received the ball on the right and dummied his way past his man before striking the foot of the post. A great effort, Kyle was just a little unlucky.

With a quarter of the game now played, it was now end to end and the next good chance fell to the Bantams as Alex Jones almost found Nicky Law at the far post, but Lewie Coyle defended well to clear the danger.

Both sides were becoming hard to break down at the back so it was no surprise that most of the action was happening in the centre of the field. When the home defence was eventually breached, a last ditch clearance from Coyle’s cross was needed to prevent any danger.

Town did begin to threaten as Dempsey’s free kick was blocked and Grant’s mazy run into the box was cleared. A succession of Town corners followed, but the home defence remained firm.

The hosts were on the back foot again as Coyle tested the palms of Colin Doyle, before Cairns was forced to save at the other end as he parried Omari Patrick’s effort after he shimmied into the box. Nathan Pond hoofed to rebound the safety.

That was the last action of the first half, with both sides going in to the break content.

The second period began with much possession for City, who also had a penalty shout turned down just a couple of minutes in. Home fans weren’t happy, and were to be even more restless as Town took the lead.

It was on the counter attack that the scoring was to be opened as Hiwula received a smart through ball from Cole, took a touch, and then slotted past Doyle in the Bradford goal.

This had the Cod Army fired up, and the lead could have been doubled less than a minute later as Demspey pin pointed a cross to the head of Bobby Grant, but Doyle saved well.

The game was soon a fiery encounter as Cole was through one on one with Doyle, who collided with the striker as he tried to round him. Doyle was booked, perhaps lucky to stay on the field. A free kick was awarded

With Town in the ascendency, it was perhaps no shock that it was soon 2-0 from that free kick. With Demspey’s initial effort blocked, the ball came back to the midfielder, who took the ball wide before crossing into a congested penalty area. It was Cole’s foot who extended the furthest, for his seventh goal of the season.

This only succeeded in firing up the Bantams, who piled all the pressure on the Town goal. A stunning save from Cairns denied Romain Vincelot with the loose ball cleared, but City continued coming at Rosler’s men.

Town were unlucky not to concede as Pond sliced a clearance, which whizzed behind Cairns, and fortunately, the post.

With Town looking comfortable with their lead, Rosler brought on Hunter in place of Hiwula, who received a rapturous applause from all four sides of the ground.

Fleetwood were looking impressive on the counter attack, and it was soon 3-0 as Hunter made an instant impact. As Cole ran at the defence, he spread the ball wide to Hunter who, with his first touch of the match took the ball wide, and with his second smashed the ball into the top left hand corner.

Cole very nearly had his second goal of the evening as Dempsey fed him the ball, but his first time effort was agonisingly over the bar.

It was becoming a dominant performance from the Cod Army and they were looking threatening with every attack and fought for every last ball as the game ebbed towards a finish. Despite the three goal deficit and the little time remaining, Bradford were still giving it a go, but Captain Pond and his back line kept solid.

Stoppage time brought a flurry of City possession, but there was to be no dramatic to this contest as the referee called time on Fleetwood’s first ever win at Bradford and one which inflicts revenge on last season’s play-off semi final defeat.


Fancy a bet ahead of Fleetwood Town’s game against Bradford City this Tuesday? See the latest odds with our EFL partner Sky Bet.


The match officials for Tuesday’s game against Bradford City have been announced.

Town travel to West Yorkshire on Tuesday 26th September 2017 (7:45pm k/o), in a rematch of last season's playoffs, which The Bantams triumphed 1-0 over the two legs.

FTFC supporters will be situated in the TL Dallas South Stand. Tickets are priced as follows:

The club are also running a supporters coach to the game, leaving at 4pm, and are priced at just £10 for all supporters.

Tickets and travel can be purchased over the phone by calling 01253 775080 or in person at the ticket office at Highbury Stadium. 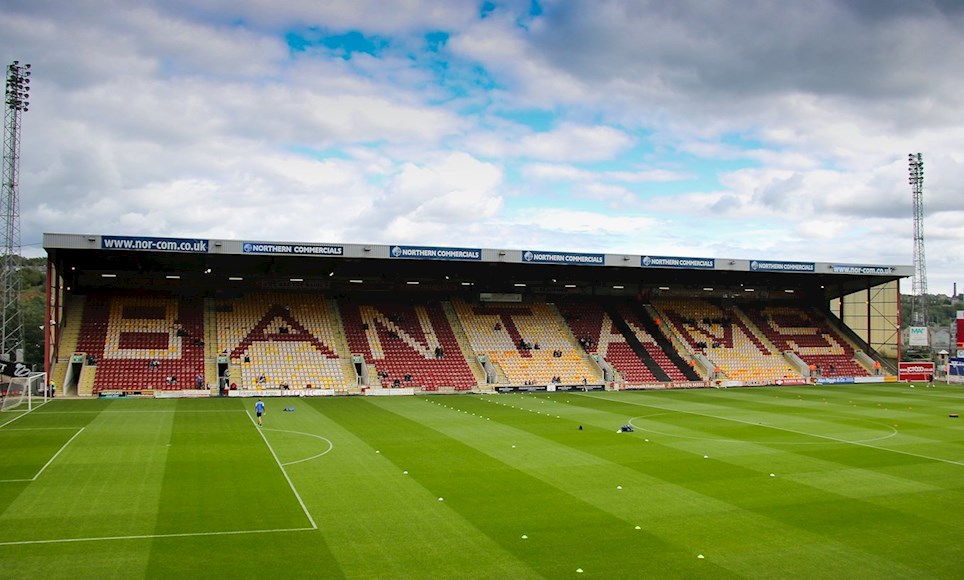