Uwe Rosler takes his Fleetwood Town side to top of the league Shrewsbury Town on Saturday, as the Cod Army look to continue their unbeaten run in October.

Shrews manager Paul Hurst has revitalised his side that struggled in Sky Bet League One last season, with them now leading the way this term. The Shropshire side are yet to lose this season after 14 games, and go into Saturday’s clash off the back of a 4-0 thrashing of Bristol Rovers on Tuesday night.

Not many people would have predicted Shrewsbury to top Sky Bet League One at this stage of the season, but Hurst’s recruitment over the summer has proved potent. Seasoned non-league starlets including ex-Kidderminster striker Arthur Ghanoua have done the job for Shrewsbury who will look to extend their incredible run on Saturday.

Notable results in Shrewsbury’s unbeaten run include wins over promotion rival Wigan Athletic, a win away at Doncaster, and a point against Blackburn Rovers at the Montgomery Waters Meadow.

If previous results against The Shrews are anything to go by, the omens are good for this weekend’s trip to Shropshire. Fleetwood and Shrewsbury have met six times in the past, and Rosler’s side are yet to lose.

Last season saw four meeting in six weeks between the two sides as the two league games sandwiched an FA Cup tie, which required a replay.

David Ball scored twice with one from Conor McLaughlin as Town ran out 3-0 winners in the league tie at Highbury, which was followed by a goalless draw in the FA Cup two weeks later in Shrewsbury.

The replay saw Town come from two goals down to win 3-2 as Devante Cole (2) and Ashley Hunter put Fleetwood through to the Second Round.

Cole was on the score sheet again in the return league fixture with his sole strike enough to win 1-0.

Shrewsbury’s fine form this season can in some part be put down to the prolific attacking duo of Norwich City loanee Carlton Morris and on loan Barnsley striker Stefan Payne, who have a combined total of 11 so far this season.

Morris has been with Norwich City since he was 11 and won the FA Youth Cup with the Canaries in 2013, after which he signed a professional contract. He was first loaned out to Oxford United, then York City, after which he had a successful time in Scotland at Hamilton Academicals, scoring eight times in the 2015-16 season. He had a spell at Rotherham last season before Paul Hurst snapped him up this summer.

Payne Is on loan from Championship side Barnsley but has spent most of his career in non-league football, where he made a name for himself at Dover Athletic three years ago. Payne was also prolific at AFC Hornchurch in the Isthmian League North Division. He’s scored 7 times for Shrewsbury this term, including rescuing a point against Walsall two weeks ago.

Midfielder Jon Nolan began his youth career with Everton in 2009, and entered professional football with Stockport County in 2011, with spells at Lincoln City and Wrexham. Nolan was part of the Grimsby Town side that won promotion to the Football League at Wembley after a play-off win over Forest Green Rovers. He scored the only goal in a 1-0 win over Southend this season, which broke the club’s record for best ever start to a season after seven games. 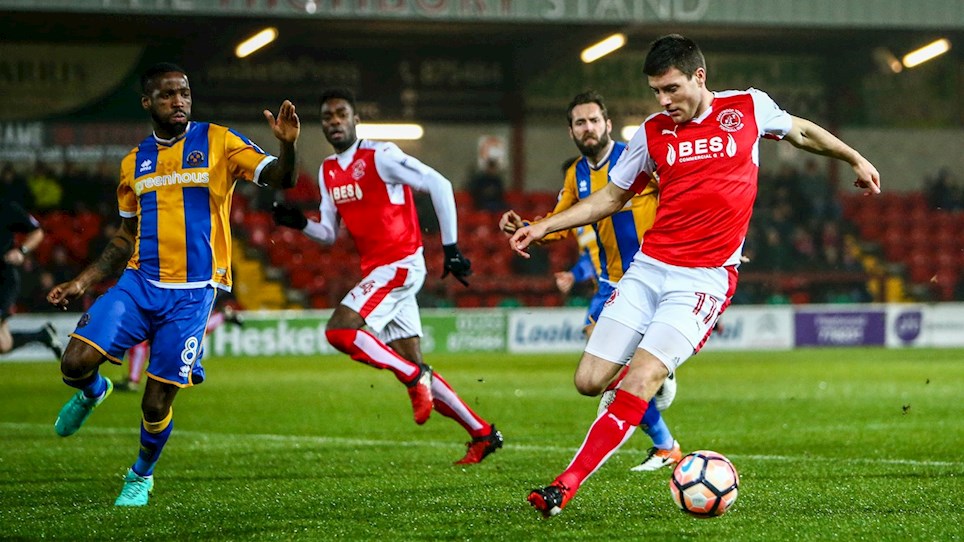 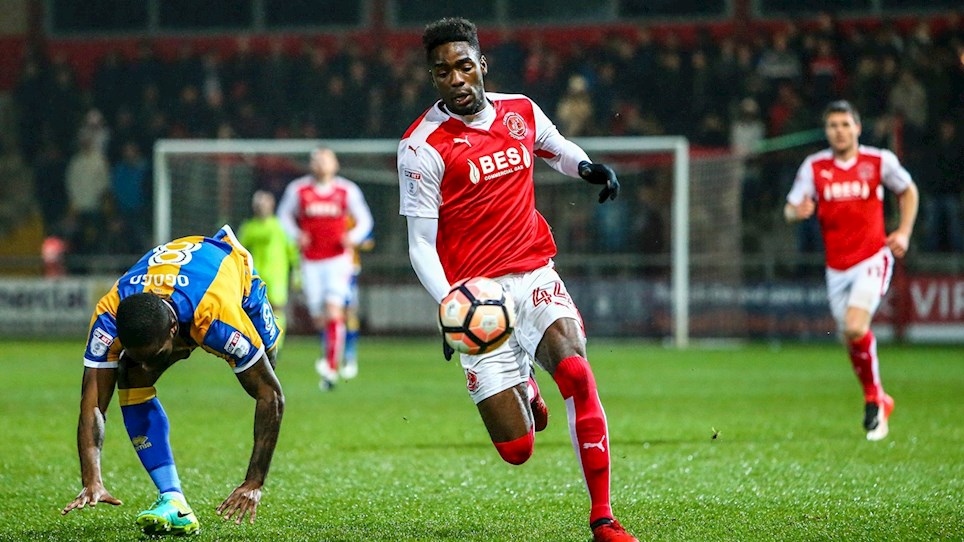 
Fancy a bet ahead of Fleetwood Town’s game against Shrewsbury Town this Saturday? See the latest odds with our EFL partner Sky Bet. 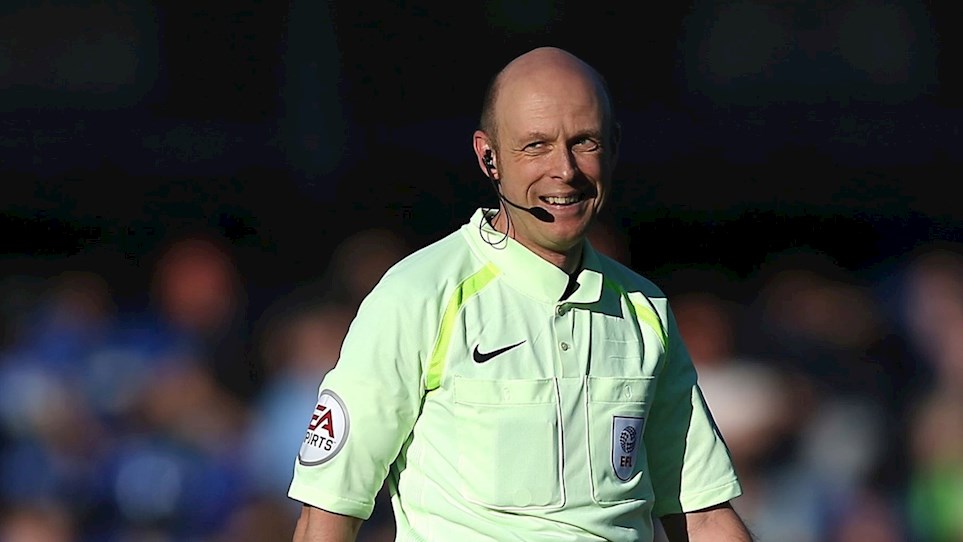 
The match officials for Saturday’s Sky Bet League One fixture against Shrewsbury Town have been announced.

Nsiala connected to Shaun Whalley’s corner one minute before time to win the game for the league leaders, who stretched their unbeaten run to 15 Sky Bet League One games.

Town battled hard in extremely difficult conditions at Montgomery Waters Stadium, and were probably unfortunate to not come away with a draw.

Uwe Rosler made four changes to the starting XI that began Tuesday’s 1-1 draw Scunthorpe United, with starts being given to Conor McAleny, Aiden O’Neill, Markus Schwabl and Baily Cargill as the head coach looked to dent Shrewsbury’s remarkable run.

The hosts began like a side top of the league, but conditions were making it difficult for both sides with the brisk winds and rain of Storm Brian swept across the Montgomery Waters Stadium.

Whalley was the first Shrewsbury player to test goalkeeper Alex Cairns as he fired a low shot at him from outside the area, but Cairns comfortably gathered.

Despite the blustery weather, the home side were able to play some good passing football in the early stages and were showing why their position at the top of the table was no fluke. However, Whalley’s effort was the only chance of note inside 20 minutes, they did show signs of creating something threatening.

The Cod Army themselves though did look lively going forward as Amari’i Bell flashed a cross across the face of goal. McAleny, making his first start since his return from injury also looked good on the attack.

Shrewsbury were dominating possession but were struggling to break down an organised Fleetwood back line, and fortune did almost fall in the Cod Army’s favour as McAleny almost got the better of goalkeeper Dean Henderson after a defensive error by Nsiala, but Henderson managed to clear the danger before McAleny could round him.

Former Fleetwood man Junior Brown tested Cairns with a long distance strike before half time, before he then flashed a header towards goal from a corner.

Storm Brian was receding and the dying winds made play easier for both sides, and it was Fleetwood who had the first chance of the second half as Kyle Dempsey wriggled into the area before firing a shot wide of the mark.

The Shrews also came out fighting as Carlton Morris connected with Whalley’s ball to fire at Cairns within the opening two minutes of the half. Whalley was having an impressive game and tried himself from distance, but again Cairns was better to it.

Fleetwood were lucky not to concede when Cairns misjudged an aerial ball, which led to almighty scramble in the six yard box, but the keeper made amends for his error and smothered the ball away from the danger of Alex Rodman very well.

Shrewsbury began to control possession and were causing problems in their final third, but still Fleetwood were defending gallantly and denying the home crowd the goal they were praying for. Captain Abu Ogogo came close with a low shot from outside the area which went wide of the right post.

Town were still pressing for a goal though, and came close when Dempsey’s corner was smashed across the face of goal, but no one in a red shirt was there to tap home.

It was perhaps testament to Fleetwood’s defending that Shrewsbury were reduced to long range chances, as Whalley again tried his luck – but his curling shot went wide.

As the game drew to a close and looking like it was to be a goalless draw, Shrewsbury found a winner in the dying seconds. A corner was swung in by Whalley, Nsiala leaped the highest in the area to float a header into the corner much to the agony of all in a red shirt. It was harsh on Fleetwood, who had defended brilliantly in the match.

Five minutes of stoppage time saw Shrewsbury both battle for a second and defend their lead for their lives as Town fell to defeat.


Fancy a bet ahead of Fleetwood Town’s game against Shrewsbury Town this Saturday? See the latest odds with our EFL partner Sky Bet.


The match officials for Saturday’s Sky Bet League One fixture against Shrewsbury Town have been announced.

A second supporters coach has been added for Saturday's trip to league leaders Shrewsbury Town.

With one coach already sold out, why not join the Cod Army on the road! Coach travel for this match is priced at just £10 for all supporters. Both coaches will be departing Highbury Stadium at 10am.

Tickets are also available to buy from the club, with Town fans situated in the Pro Vision North Stand, with ticket prices as follows.

To book either tickets or coach travel, phone 01253 775080, or visit the ticket office at Highbury Stadium! 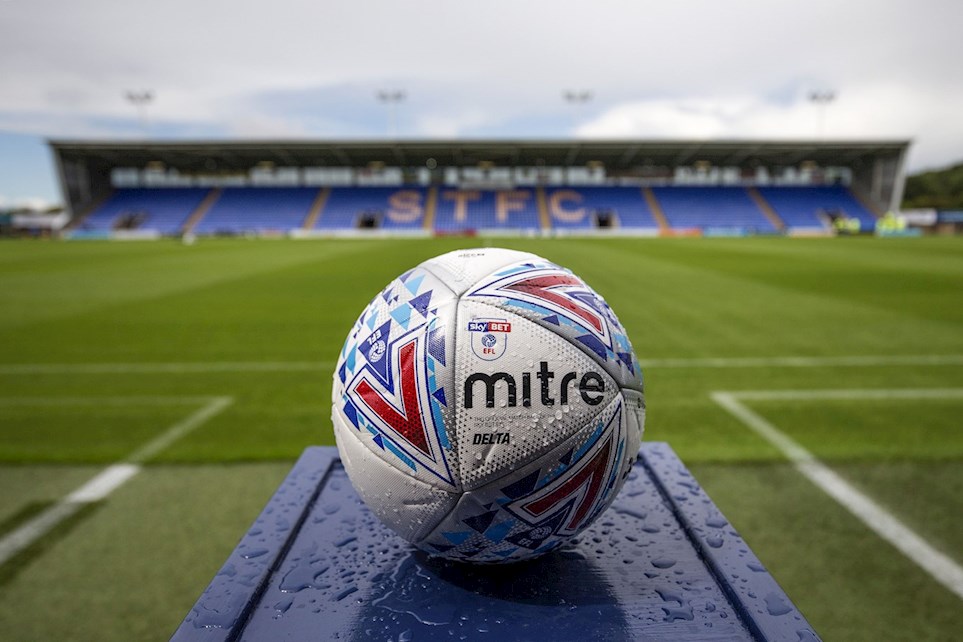 
Match tickets and coach travel are on sale for Fleetwood Town's trip to Shrewsbury Town.