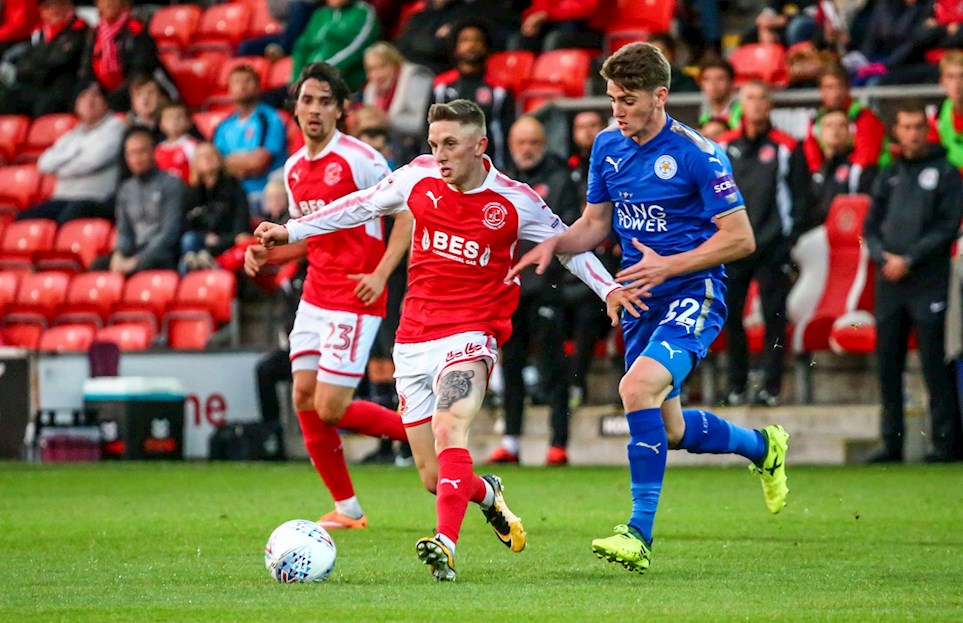 
Head Coach Uwe Rosler has named his side to face Morecambe at Highbury in the Checkatrade Trophy.

Fleetwood Town made it two wins from two in the Checkatrade Trophy after a 2-1 win over Morecambe on Tuesday night.

Wes Burns’ second goal of the season and a Aaron McGowan own goal made it six points from six in Group A, putting Uwe Rosler’s side on the brink of qualification to the next round.

Burns looked sharp from the off and won Town a corner inside the first minute. The corner was played short to Godswill who had a chance to shoot but was tackled on the edge of the area.

Reece Deakin had the visitors’ first sight of goal after eight minutes, but dragged his shot well wide of the recalled Chris Neal’s post.

Jim Bentley’s side then had the best chance of the half when Alex Kenyon’s header was cleared off the line by Sowerby.

However shortly after, came the best piece of quality of the first half. Town won a free-kick and Schwabl took it quickly to Burns, who beat his man then fired home from 25 yards past the despairing Danijel Nizic. A super strike.

The windy conditions at Highbury made it difficult to get the ball down and play, and the wind played havoc when O’Neill’s corner almost floated straight in.

Cargill almost caught Nizic out with a stunning effort from 30 yards, with the Morecambe stopper perhaps lucky his strike hit the bar and not the back of the net. 1-0 at half-time.

Nathan Pond was brought on at the break for Cian Bolger, but the half started in the worse possible way.

A dangerous cross-come-shot from Deakin went across the box and was unluckily turned home by Godswill at the back post. Neal left with no chance in the Town net.

Bizarrely – it wasn’t to be the only own goal of the game! With just under 20 minutes left on the clock, Burns drove brilliantly to the by-line and his cross was sliced home by Aaron McGowan. A comical own goal, with the volley subsequently enough to send the Cod Army into the latter stages of the competition.


Head Coach Uwe Rosler has named his side to face Morecambe at Highbury in the Checkatrade Trophy.

Tickets for our Checkatrade Trophy match with Morecambe on Tuesday 3rd October 2017 (7:45pm k/o) are now on sale.

Uwe Rosler’s can qualify for the knockout stages of the competition with a win over The Shrimps, after a 3-0 victory over Leicester City under 21s last month.

Only the Parkside and Memorial Stand will be open for home fans, with the Highbury Stand closed for this match. Away fans will be situated in the Percy Ronson Stand as normal.

Tickets are now on sale and are priced as follows:

To purchase tickets for the match, visit the ticket office at Highbury Stadium, over the phone by calling 01253 775080 or online now.