Fleetwood make the long trip South this Saturday as they face Charlton Athletic at the Valley for the 3pm kick off.

Town will be looking to continue their positive performances under new head coach John Sheridan, but it won’t be easy against a Charlton side who will want to make sure they avoid a fourth consecutive defeat.

Last time out, the Londoners lost to a late goal to our neighbours Blackpool at Bloomfield Road. 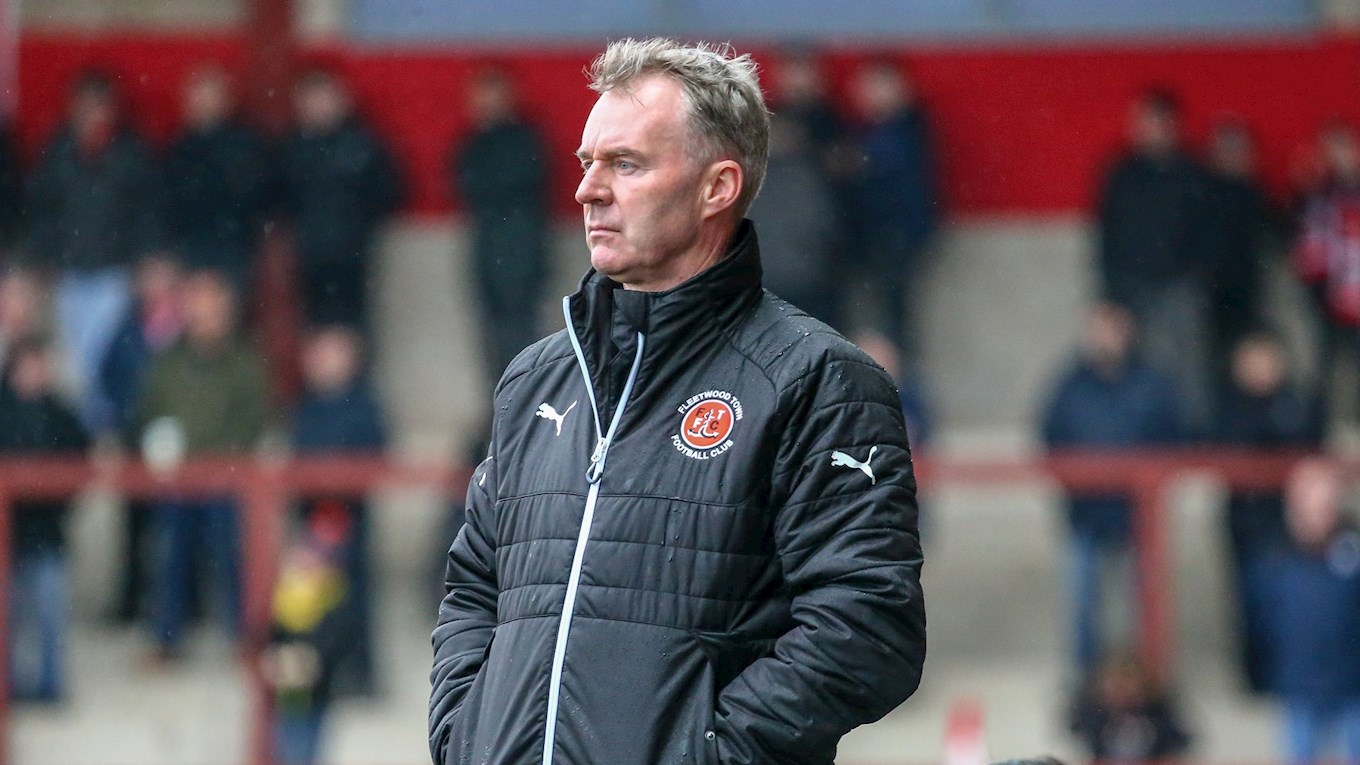 “The club is in a very good position to get into the play-offs.

“I know they’ve had a couple of bad results recently, but they have some good players and if we allow them time to dictate, they will punish us.

“I try to worry about us more than the opposition, but we will respect them, but go there and cause them problems which I’m sure we will do.

“We aren’t going down there to try and get a point, we are going there to get all three points!” 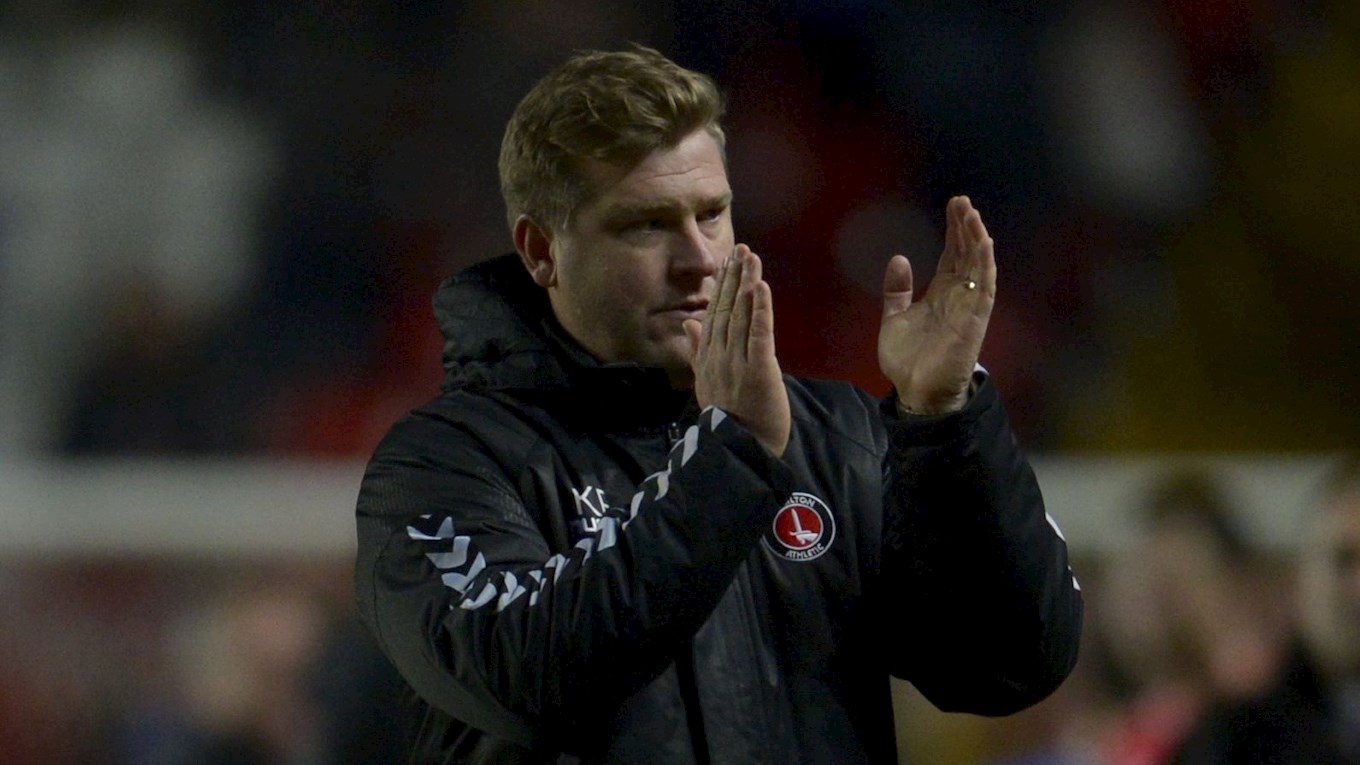 "I think we were playing well. We were a bit unlucky at Doncaster, then we beat MK, then we got blown away by Shrewsbury.

"Since then I thought we performed well on Saturday (against Peterborough) but didn't get anything at all.

"Then we performed absolutely horrendously on Tuesday (against Blackpool) and didn't deserve anything.

"There's a mixed bag of performances and when you look at it, we have conceded too many goals and not scored enough.”

Charlton have met Fleetwood three times in the league, spanning less than two years. Last time out, Tariqe Fosu scored a hat trick as they beat Town 3-1 at Highbury in September. Bobby Grant scored for Fleetwood.

Our last trip to the Valley ended dramatically as Amari’i Bell scored in the seventh minute of stoppage time to salvage a draw after Ricky Holmes had opened the scoring in the first half. After Bell’s goal there was still time for Nathan Byrne to be sent off.

The only other game ended 2-2 at Highbury the season previous. 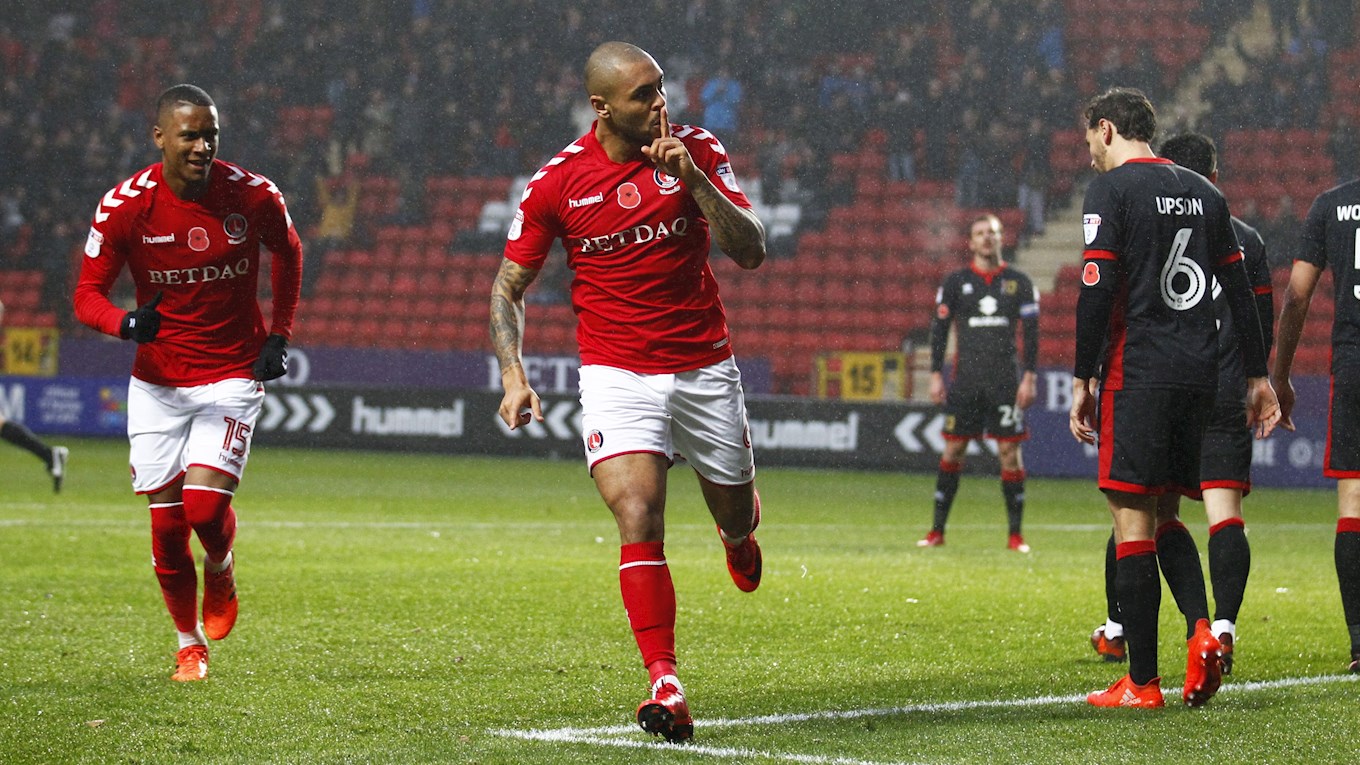 Northern Ireland international Josh Magennis has been firing in the goals for both club and country over the past two years and is in good form heading into Saturday’s game, having scored three times in February. The striker, who joined Athletic from Kilmarnock also had a prolific spell at Aberdeen, whom he joined from Cardiff City, his first professional club. Magennis is also an international player, being one of the main target men for Northern Ireland. Magennis’ goal in this same fixture last season saw him score his first Charlton goal.

League betting partner Sky Bet have made Charlton favourites for this match, placing them at 11/10 to win, while Fleetwood are priced at 5/2. A draw is available at 12/5.

A good bet perhaps may be Ash Hunter to score first and Fleetwood to win 2-1, which produces odds of 60/1.

A full list of odds can be found at www.skybet.com. Please gamble responsibly. 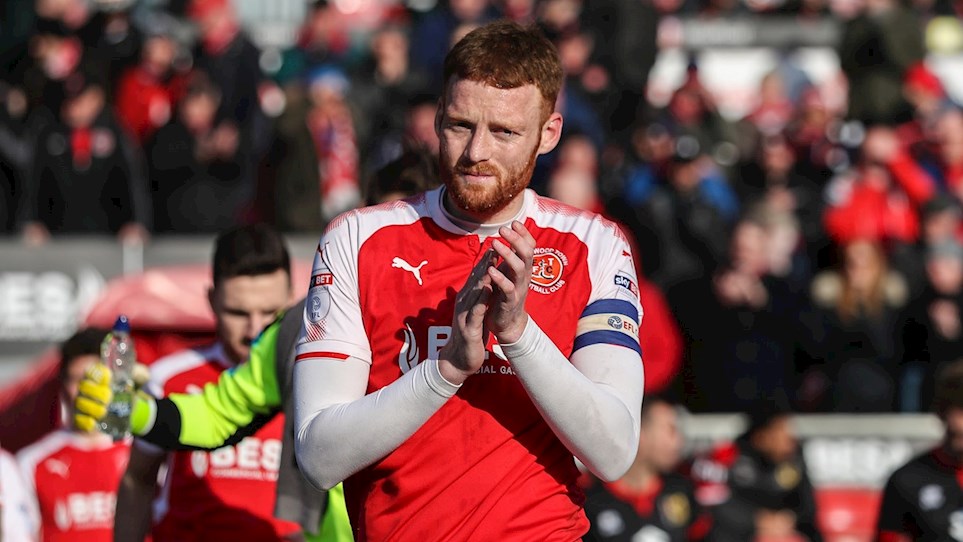 
John Sheridan has named his side to face Charlton Athletic at the Valley in Sky Bet League One this afternoon. 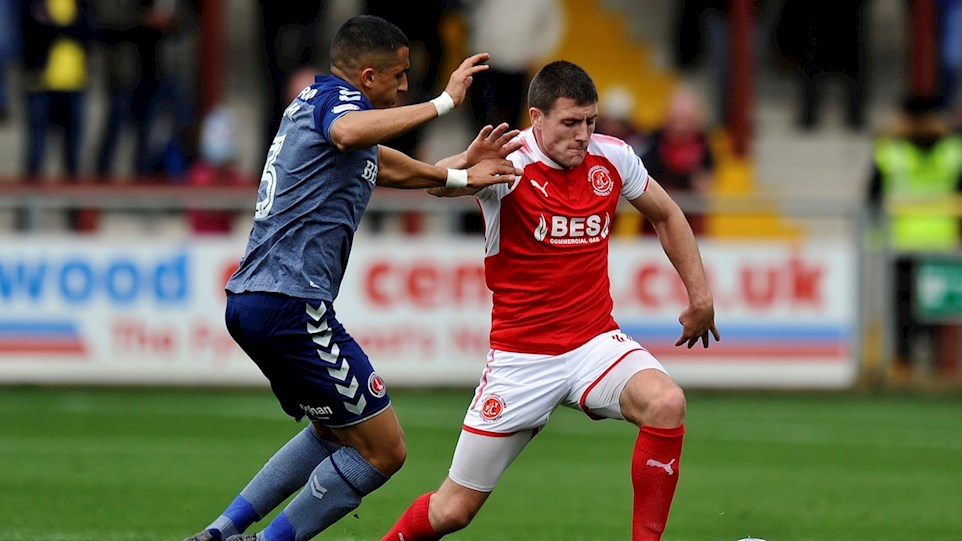 
John Sheridan’s Fleetwood Town travel to the capital city this weekend to face Charlton Athletic in Sky Bet League One. 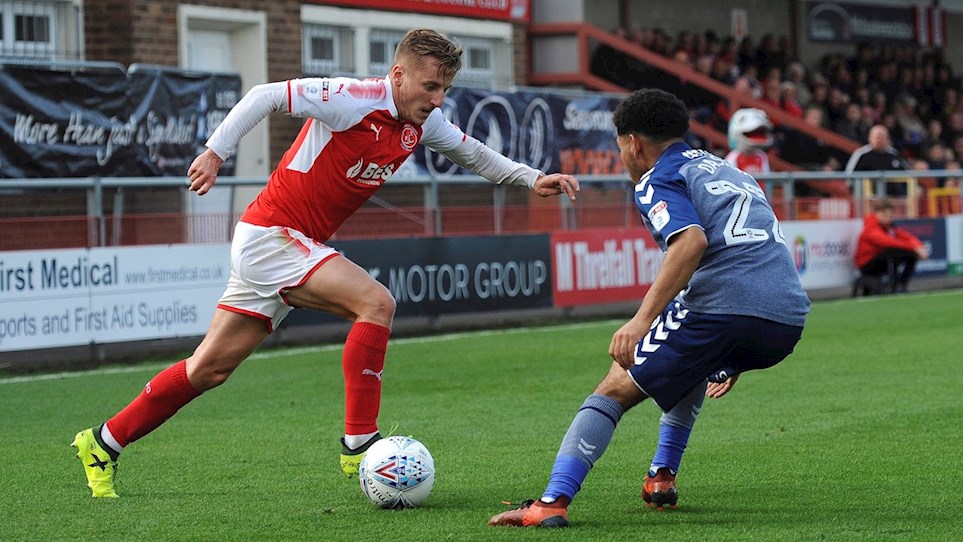 
Fancy a bet ahead of Fleetwood Town’s match against Charlton Athletic in Sky Bet League One. See the latest odds with our EFL partner Sky Bet. 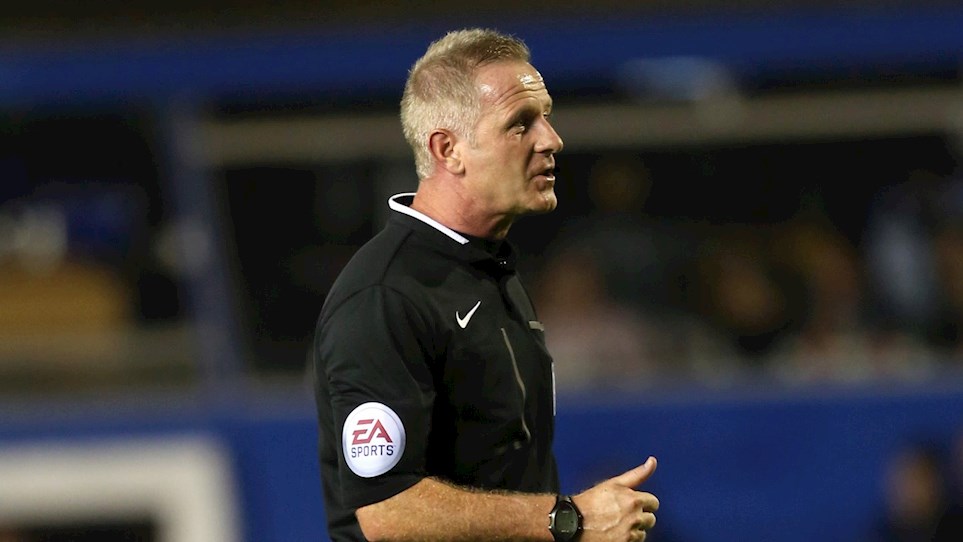 
Mark Heywood is the referee for Fleetwood Town’s away match at Charlton Athletic this weekend.

Fleetwood Town kept their first league clean sheet of 2018, as they held play-off chasing Charlton Athletic to a 0-0 draw on Saturday.

It was an entirely even game in South East London, with Town having the better of the chances, with Charlton controlling possession.

John Sheridan made three changes to the side that drew 1-1 with Plymouth Argyle last Saturday, with Cian Bolger a returning face after missing out last time through injury. Toumani Diagouraga and Wes Burns also came into the side, having started from the bench against Argyle. Nathan Pond, George Glendon and Conor McAleny were on the bench.

The Addicks began the game well and looked dangerous early on down the flanks and had most of the possession in the opening few minutes. Ben Reeves had the first effort of the game as he volleyed an effort wide after a free kick was rebounded out to him.

Charlton almost struck lucky when Gethin Jones clearance hit Reeves, allowing him to take advantage and waltz into the box, however his shot flashed across the face of goal without a touch and Fleetwood cleared.

Town’s first great effort came from Paddy Madden who struck a volley from Burns’ cross, but his fierce shot was blocked by a Charlton defender.

Hunter then looped a header towards goal, and despite it being easily caught by Amos, it did show Fleetwood coming back into the game after the hosts controlled the opening exchanges.

A great five minute spell then saw Hunter beat a defender on the edge of the box, before Charlton failed to clear and allowed the ball to flash across goal for the second time in the match.

It wasn’t until four minutes before the break that the next chance came, as Fosu turned on the edge of the area before blazing one over the bar.

That was it for the first half, but Charlton continued in the second from where they left off, as Fosu caused mayhem in the penalty area before Alex Cairns leapt high enough to punch his cross to safety.

There was little action in the next 20 minutes of the second period, as both sides cancelled each other out in midfield. That was until a slip by Addicks keeper Amos allowed Dempsey to spring the ball to Hunter. Amos redeemed himself by saving Hunter’s shot, but were fortunate not to be behind as Amos saved from Sowerby, before Burns couldn’t put away the rebound.

The game was into the final twenty minutes and was still goalless, but it was Fleetwood who looked like posing the bigger attacking threat. It wasn’t all going Town’s way though, as Charlton looked confident on the counter, but they struggled to get into the penalty area as Sheridan’s side looked strong defensively.

Another great chance went begging as Madden broke loose midway into the Charlton area and squared the ball to McAleny. Charlton’s defence did well to get back and cover, and quell the danger, as McAleny turned and was forced into a tight space where he could only shoot wide.

Sowerby then connected to Dempsey’s lay off as he was next to strike, but there was to be no breakthrough at the Valley as the game ended goalless.


John Sheridan has named his side to face Charlton Athletic at the Valley in Sky Bet League One this afternoon.


John Sheridan’s Fleetwood Town travel to the capital city this weekend to face Charlton Athletic in Sky Bet League One.


Fancy a bet ahead of Fleetwood Town’s match against Charlton Athletic in Sky Bet League One. See the latest odds with our EFL partner Sky Bet.


Mark Heywood is the referee for Fleetwood Town’s away match at Charlton Athletic this weekend.

Town are unbeaten under new head coach John Sheridan, after picking up draws against MK Dons and Plymouth Argyle, with the trip to the capital the first away game under Sheridan.

FTFC supporters will be situated in South Stand at The Valley, with tickets priced as follows:

Coaches will be departing Highbury at 7am, costing only £15 for all supporters. 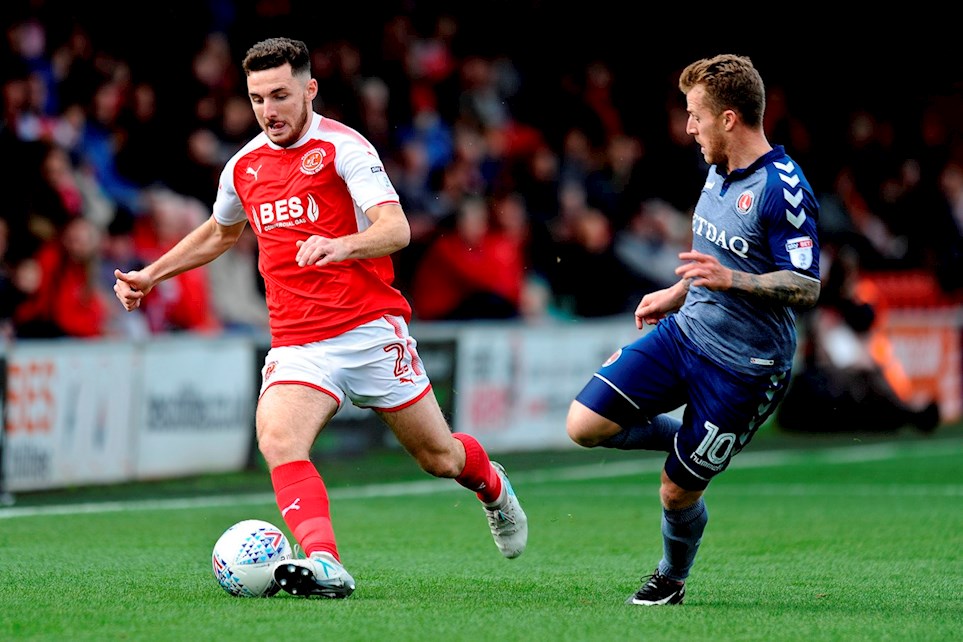 Charlton up next for the Cod Army 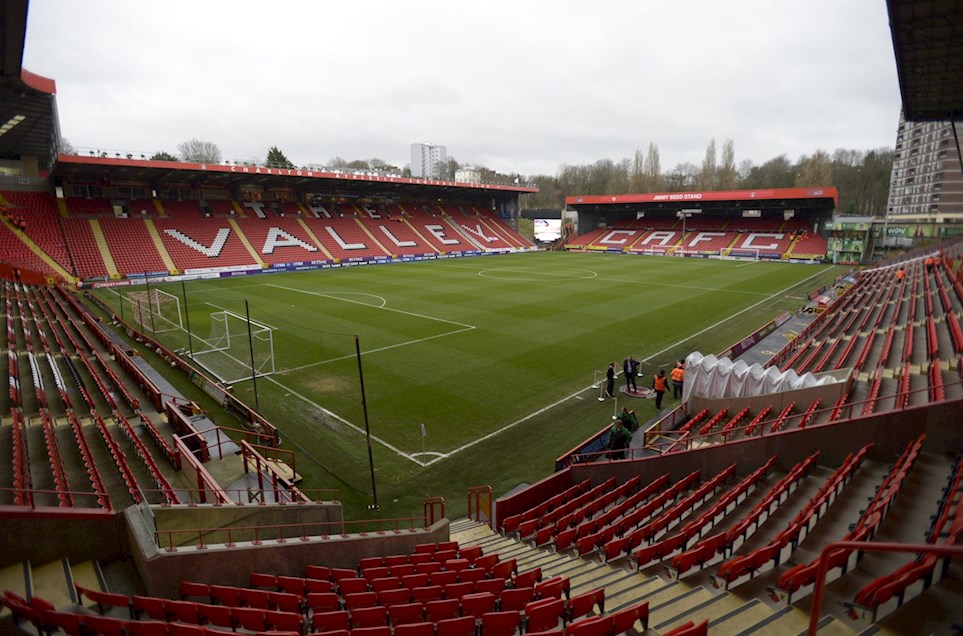 Charlton tickets and travel on sale


Tickets and coach travel are now on sale for our trip to Charlton Athletic on Saturday 17th March 2018.