After two recent long away trips to Southend and Gillingham, Uwe Rosler’s men hit the road again this Tuesday as they travel to Yeovil Town in the quarter-final of the Checkatrade Trophy.

Wins over Morecambe, Leicester City U21, Carlisle, Chesterfield and Bury have seen Town get to this stage. Yeovil beat Chelsea U21, Exeter, Plymouth, AFC Wimbledon and Forest Green for their spot in the last 8.

The winner will face Shrewsbury away in the semi-final, with a Wembley showpiece against either Chelsea U21 or Lincoln City for the winner. 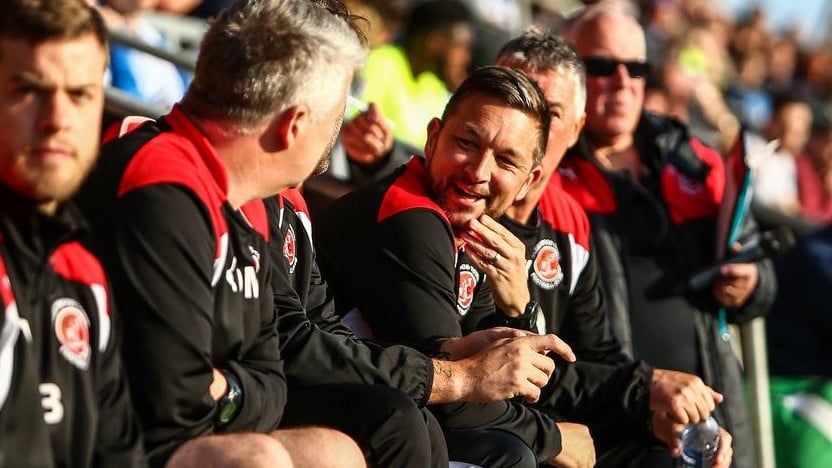 "We are expecting a tough game, we watched them against Manchester United in the FA Cup and they obviously put on a great show and showed some good signs in the game.

“We’ve watched them closely, just like we would any other team and it’s a big game for us coming in on the back of a defeat at the weekend.

“It’s good for us to fix this quickly and, also we know we are a couple of games from Wembley so it’s a great opportunity for the club to progress in the next round." 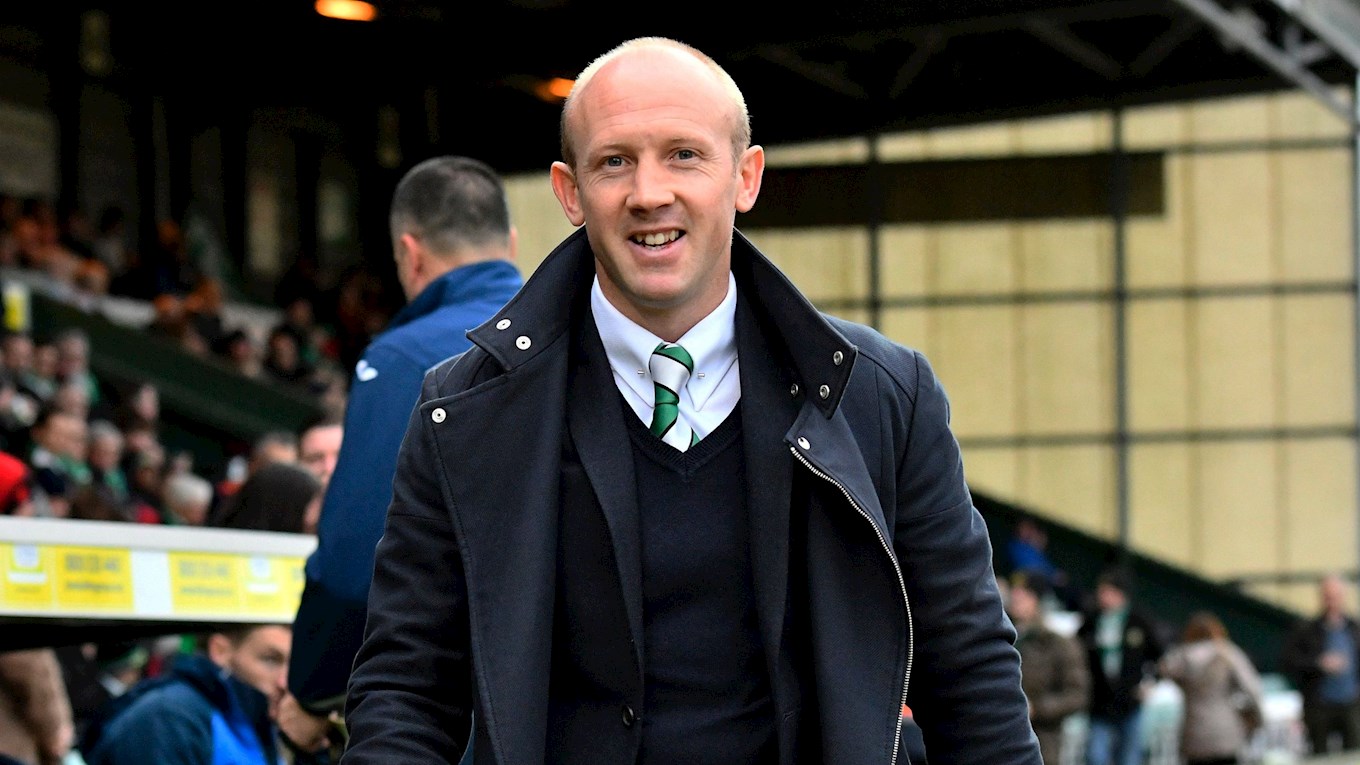 “It’s a great opportunity to get to Wembley and I’ll never turn that down as a manager.

“As a supporter, I don’t think you’d turn down the chance to have a day out at Wembley and it’s important for me and my players.

“I’m going to do everything I can to make sure it’s a success on Tuesday night.”

Yeovil have won their last two League Two games, but lost two in a row before that, including a 4-0 FA Cup defeat to Man United.

Fleetwood have lost four in row, but are yet to lose in the Checkatrade Trophy this season, winning every game outright. 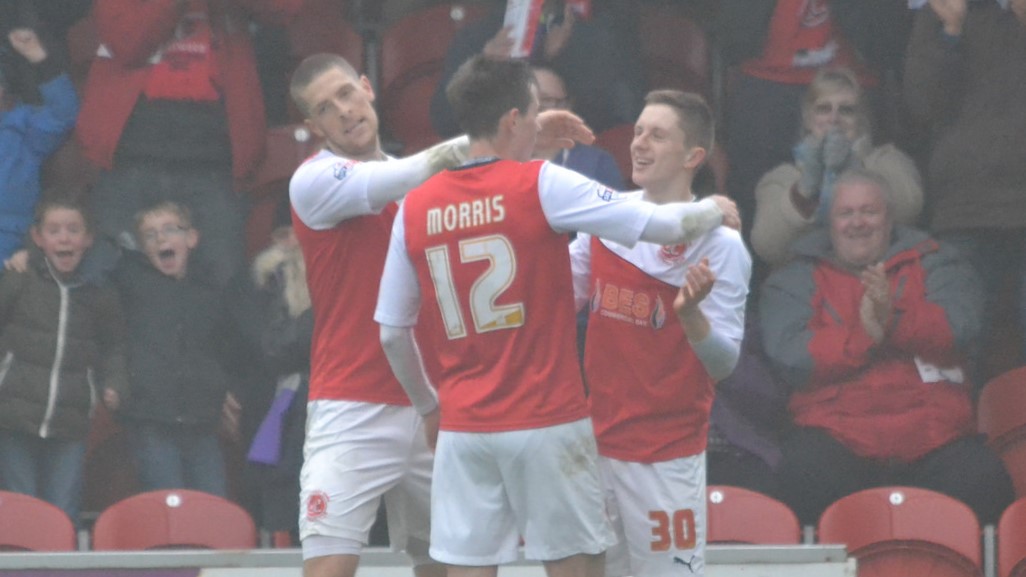 Last time the two sides met was at Highbury in April 2015, when the Cod Army came out resounding 4-0 winners. Goals from Jamie Proctor and Ashley Hunter as well as a David Ball double sealed the emphatic win.

In the other three games between the two, Fleetwood have won two and the other was a draw. 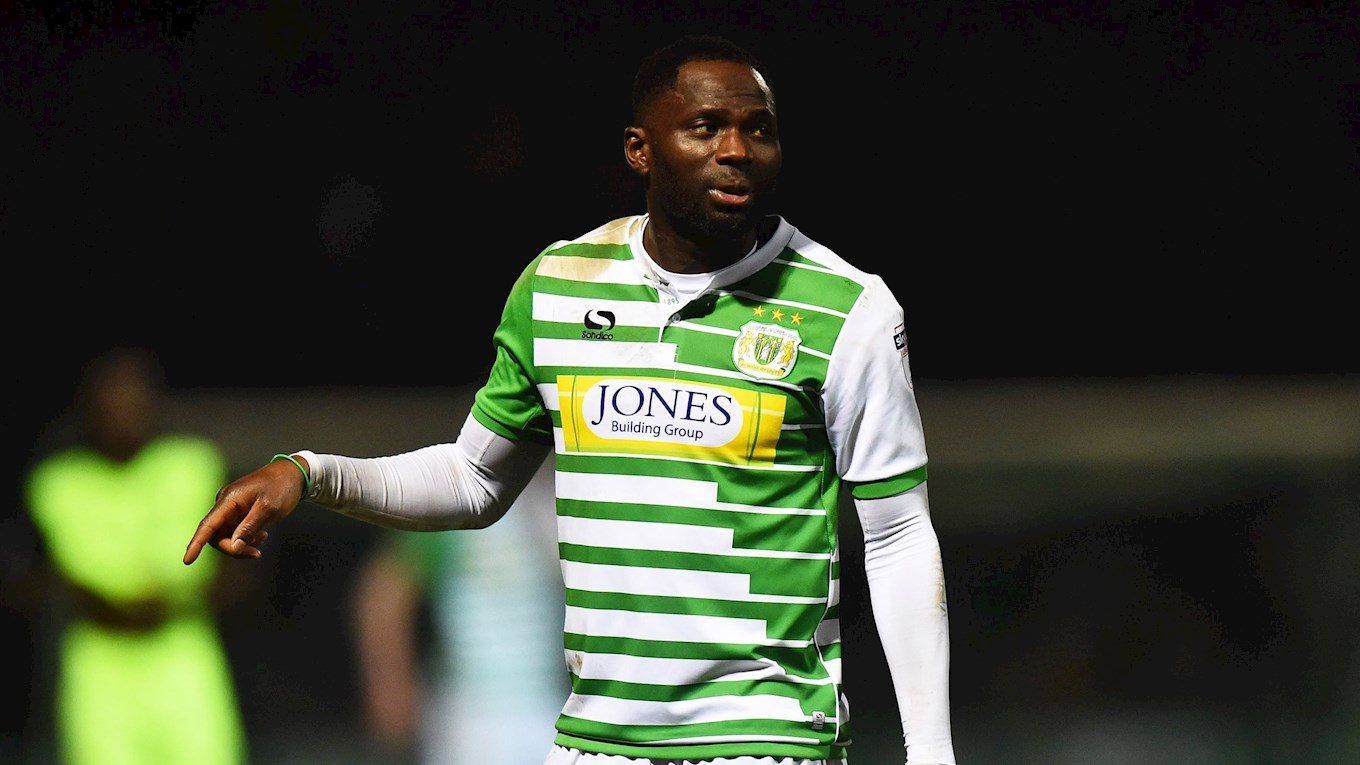 Ivorian striker Francois Zoko has scored nine times for the Glovers this season. The former Blackpool player joined Yeovil from our neighbours after a short loan spell at Bradford City. He’s also played in the Football League for Carlisle, Notts County, and Stevenage, and has had spells in France, Turkey and Belgium. Whilst not scoring in the Checkatrade Trophy proper this season, he did scoring the winning penalty against Chelsea U21 in a shoot out after a 1-1 draw.

Here are the latest odds with our EFL partner Sky Bet.

Uwe Rosler’s side are favourites at 6/4 to win the match in 90 minutes; where a draw between the two sides is priced at 12/5.

Darren Way’s Glovers are priced at 7/4 to progress to the semi-final and play Shrewsbury Town.

Ashley Hunter scored the fourth goal in the last meeting, and for the 22-year-old to open the scoring on Tuesday; you can get odds of 11/2. 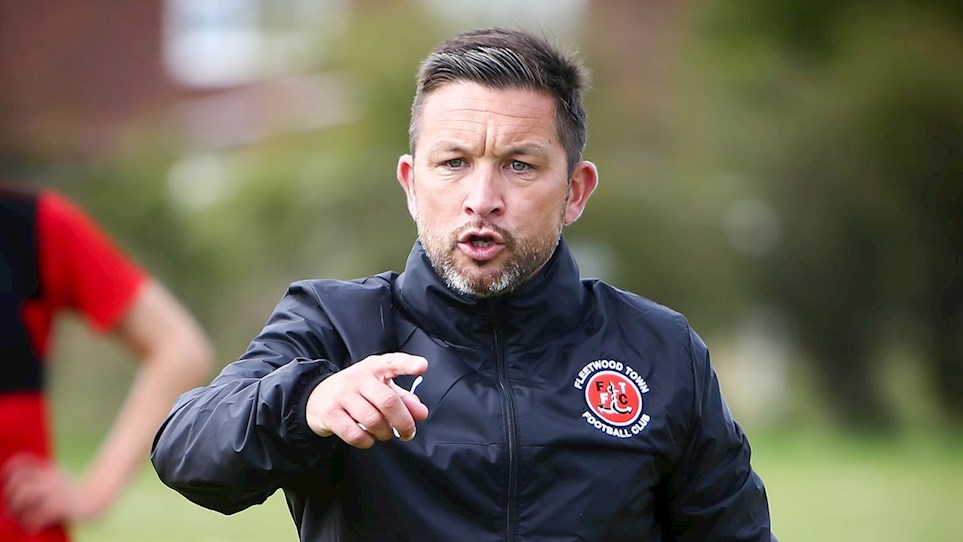 Nicholson: The squad is fully focused on Yeovil 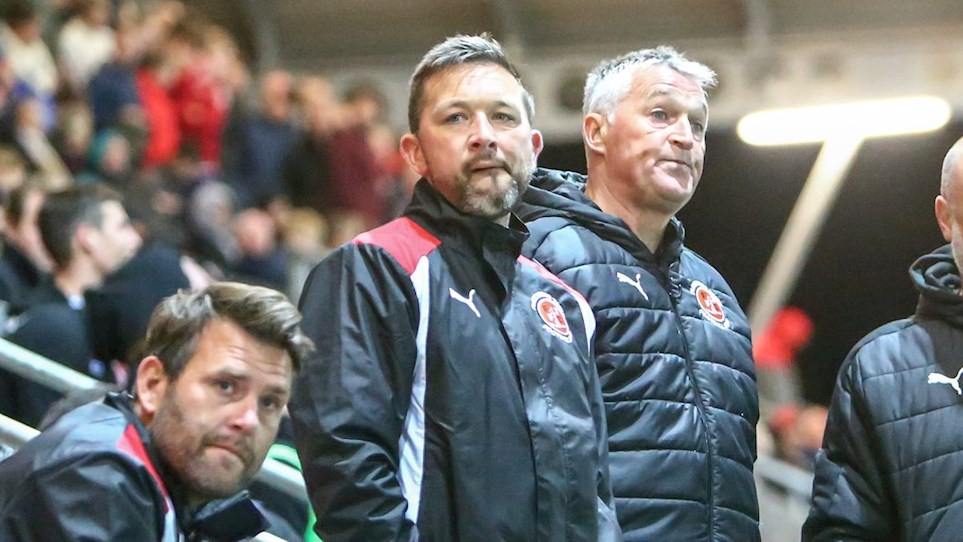 Nicholson on the squad, Yeovil Town and the possibility of Wembley


Barry Nicholson has given his views ahead of Tuesday’s Checkatrade Trophy quarter-final match against Yeovil Town. 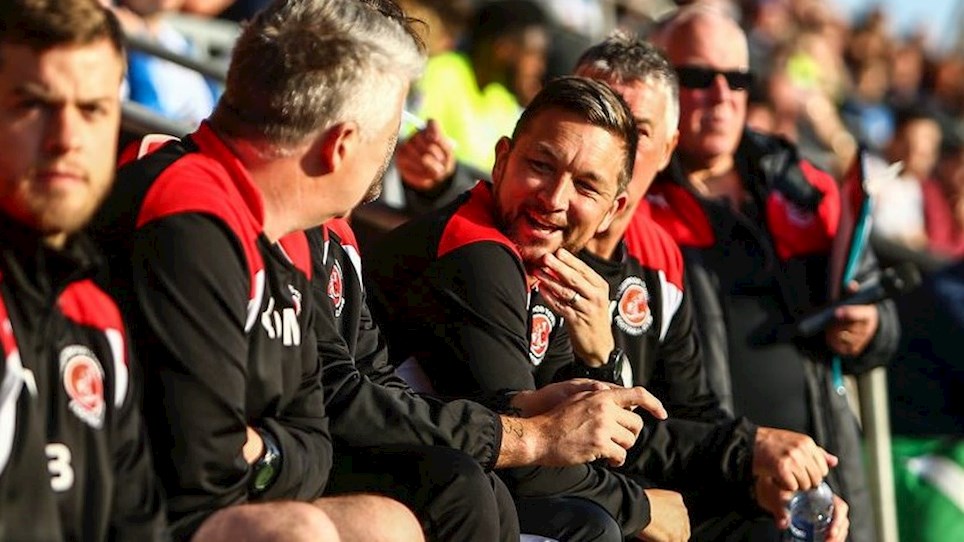 
First team coach Barry Nicholson spoke to the club's media team ahead of Town's trip to Huish Park to face Yeovil Town in the Checkatrade Trophy quarter-final on Tuesday. 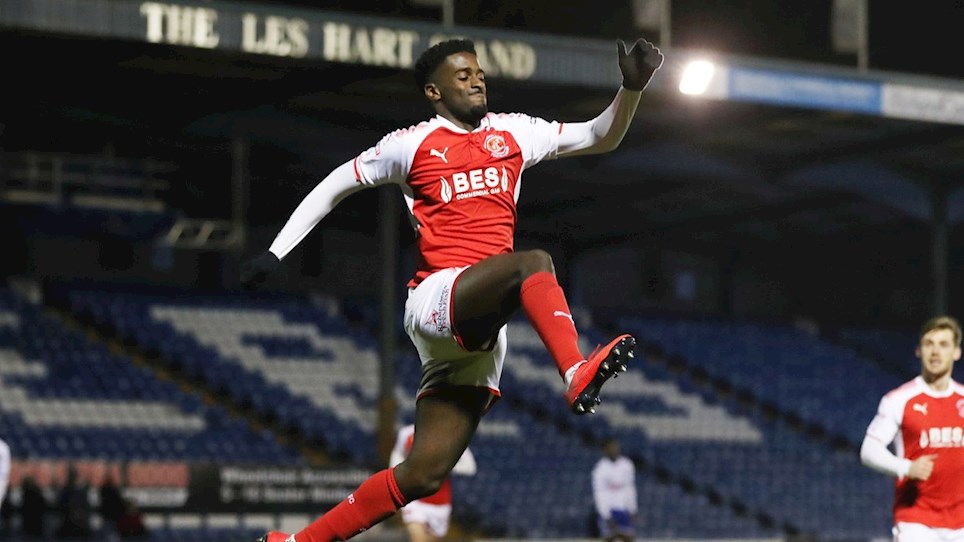 
Uwe Rosler’s Fleetwood Town travel the 530-mile round trip to Yeovil on Tuesday in the Checkatrade Trophy Quarter Final.

Fleetwood were left stunned in second half stoppage time as Francois Zoko sent Yeovil Town in the semi-final of the Checkatrade Trophy with a 3-2 win at Huish Park.

In a frantic second half, Zoko won it after Jordy Hiwula had equalised. The first half saw Cian Bolger open the scoring, before Wes Burns scored an own goal to see the scores level at half time before Corey Whelan made it 2-1 deep into the second half.

Hiwula levelled things late on, but it was to be The Glovers who progressed to the last four of the Checkatrade Trophy.

In his 100th game in charge of the Cod Army, Rosler made seven changes from the game against Scunthorpe with the notable inclusion of Bobby Grant, who started his first game since the game with Bury in the previous round.

Fleetwood started brightly in snowy conditions in Somerset and could have been ahead inside four minutes. Bolger headed Kevin O’Connor’s free kick into the path of Hiwula, who volleyed over Artur Krysiak’s goal.

Markus Schwabl then hit a bouncing volley from the edge of the area, which took a deflection and forced Krysiak into an acrobatic save. It was from that corner that Town took a deserved lead, as Bolger rose highest to head O’Connor’s ball in.

Yeovil’s first chance came when Jake Gray fired a shot into the area, which took a deflection and went behind. It was the home side that equalised themselves from the corner, as Gray’s ball found the head of the unfortunate Burns, who turned into his own net.

The Glovers then grew into the game with a period of strong pressure, but Town’s defence remained resilient against their pacey attack.

Corners seemed to be Fleetwood’s favoured form of having chances, and it was Bolger again who rose highest, but this time the Irishman’s effort was blocked by a home player and cleared away.

The first action of the second half saw Grant curl an effort wide of the mark after picking up the ball on the edge of the box.

Alex Cairns was then forced into a diving save as Gray thundered a free kick in his direction from distance.

The hosts then took the lead after a fine curling effort from Whelan found its way past Cairns when it came to him just inside the area, to make it 2-1.

There were encouraging signs from Rosler’s men as they battled for an equaliser with the game closing in on the final twenty minutes.

Harrison Biggins was introduced to the fray and the youngster looked calm and composed in the centre of the park with an impressive performance. Rosler then made two more changes with Kyle Dempsey and Ash Hunter replacing Grant and Burns.

Hunter made almost an instant impact as he beat his man on the right hand side and played in Hiwula who fired at Krysiak from close range. He produced a good block.

Town finally did equalise in bizarre fashion through Hiwula, but perhaps he didn’t know too much about it. It was Hunter’s cross that caused all the problems as Krysiak came out to catch, but instead fumbled and the ball ricocheted off Hiwula and into the net.

That left the game level with five minutes to go, and without a winner in 90, the game would go to penalties.

Four added minutes were shown at the end of the game, and there was to be drama, as Yeovil grabbed a late, late goal. It was the substitute Zoko who scored it, as he went through on goal and smashed it past Cairns with a powerful drive.

That was the goal that ended Fleetwood’s Wembley dream, but it was a memorable run from the Cod Army. A special mention must go to hardy 16 Town supporters that made the long trek South.

Nicholson: The squad is fully focused on Yeovil

Nicholson on the squad, Yeovil Town and the possibility of Wembley


Barry Nicholson has given his views ahead of Tuesday’s Checkatrade Trophy quarter-final match against Yeovil Town.


First team coach Barry Nicholson spoke to the club's media team ahead of Town's trip to Huish Park to face Yeovil Town in the Checkatrade Trophy quarter-final on Tuesday.


Uwe Rosler’s Fleetwood Town travel the 530-mile round trip to Yeovil on Tuesday in the Checkatrade Trophy Quarter Final.

Tickets are only available to purchase on the day from Yeovil’s ticket office, and are priced as follows:

An official supporters coach will be going to the match, with the price just £15 for FTFC supporters, with the coach departing Highbury Stadium at 11:30am.