The Cod Army are aiming for their fourth straight Sky Bet League One win when they travel to Bristol Rovers on Saturday (3pm).

Fleetwood are yet to concede a goal after three league matches, after wins over Rotherham United, Northampton Town and AFC Wimbledon respectively.

Bristol Rovers have had an inconsistent start to their season, but have impressed in the Carabao Cup. A shock 1-0 win at Championship side Fulham on Tuesday night followed a 4-1 drubbing of Cambridge United in the previous round. Elliott Harrison’s goal won the tie at Craven Cottage.

An opening day defeat at Charlton was followed by a heavy 4-1 defeat at home to Peterborough at the Memorial Stadium, but the Gas did pick up their first three points of the season at Bury last Saturday. Rovers soared into a 3-0 lead at Gigg Lane thanks to a Tom Lockyer and a Billy Bodin brace. Two stoppage time goals from Jermaine Beckford and Nicky Ajose reduced the deficit to just one goal but Rovers held on for the win.

Fleetwood and Bristol Rovers have met six times in the past, with Town picking up three wins, with two for Rovers and one goalless draw.

Last season, the home side won both fixtures. Rovers won 2-1 at the Memorial Stadium despite an early Ash Hunter goal, and Town won 3-1 at Highbury with Hunter, Cian Bolger and David Ball getting on the scoresheet.

Striker Billy Bodin has already had an influential part in Rovers season, scoring four times (two braces) in the wins against Cambridge and Bury. Bodin started his career at Swindon Town where he stayed four years. After loan spells at Torquay and Crewe, he signed for the Gulls permanently where he made over 70 appearances. From here he signed for Northampton before his move to the south west.

Bodin’s partner up front, Ellis Harrison is another name Fleetwood should be wary of on Saturday. A product of the Rovers youth set up, Harrison made his debut in 2011 against Southampton at St Mary’s and has since become a constant name on the team sheet. In 2016, he spent a month on loan at Hartlepool and last season he scored 4 times in a 5-0 victory over Northampton.

Midfielder Liam Sercombe signed for Rovers in May and was another name on the score sheet against Cambridge. Sercombe had been at Exeter City from the age of ten, until he left to sign for Oxford in 2015. Sercombe was ever-present in the Grecians line up during his time there and featured in their famous two year spell when they gained double promotion from non-league to League One. In his first season at Oxford he scored a career high 17 goals including a penalty in the famous 3-2 FA Cup win over Swansea City. He also scored in consecutive Checkatrade Trophy finals, in the 2016 3-2 defeat against Barnsley, and in last season’s 2-1 loss to Coventry City, both at Wembley. 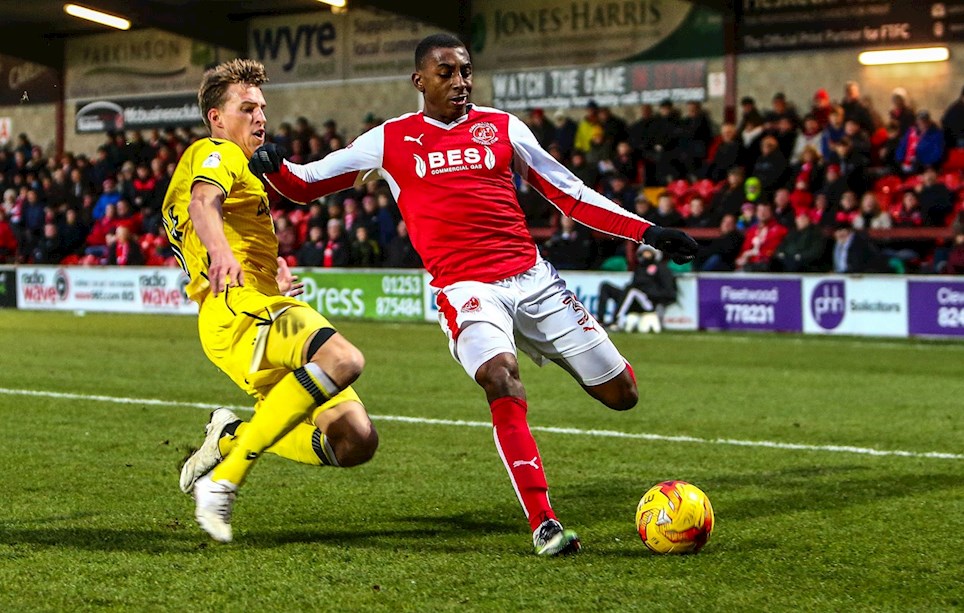 
Fancy a bet ahead of Fleetwood Town’s trip to Bristol Rovers this Saturday? See the latest odds with our EFL partner Sky Bet. 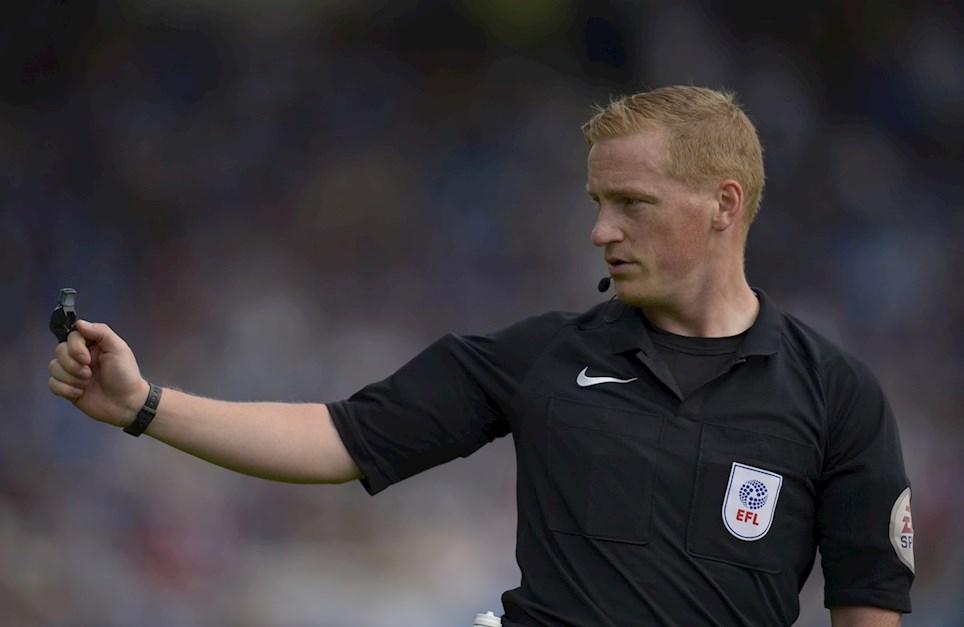 A spirited second half performance wasn’t enough for Fleetwood Town, who suffered their first defeat of the season losing 3-1 at Bristol Rovers.

First half goals from Stuart Sinclair and Billy Bodin, along with a late Ellis Harrison strike downed the Cod Army, despite Devante Cole’s fourth goal in three games.

Head coach Uwe Rosler stuck with the side that defeated AFC Wimbledon last weekend at Highbury, with just one change on the bench – new signing Baily Cargill replacing Ashley Nadesan.

Chances were sporadic in the opening exchanges, but the first noteworthy effort of the match came when a neat passing move between Bodin and Joe Partington forced a penalty area scramble, before Bodin’s second effort was cleared away.

A half chance fell the way of the Cod Army as Bobby Grant’s cross sailed just over the bar, before Aiden O’Neill reacted quickest to a poor clearance before firing wide of the target.

Rovers began applying pressure on the Town back line, and it was to be the home side who opened the scoring as Rory Gaffney headed down a Partington cross into the path of Sinclair who drilled past Alex Cairns from six yards.

Town were playing some good football in the final third and a great chance fell to Cole who’s shot was saved by Sam Slocombe after receiving the ball from Amari’i Bell.

Rovers were soon back on the front foot though, with Ryan Sweeney trying his luck from just inside the area, which flew over. The home side’s lead was extended just minutes later when striker Bodin picked up the ball outside the area and struck a ferocious shot past Cairns, via the post, and into the back of the net.

With the half time whistle sounding, Rosler made a change at the break, replacing Grant with Ash Hunter in an attempt to salvage something from the game. Hunter made an impact quickly as he forced an early corner in the second half, then firing just wide after reacting first to a Lewie Coyle header and cutting inside.

It was a positive start to the second period with Town possessing most of the ball and were pressing well on the counter attack.

Rovers first effort of the half came from corner as Tom Lockyer headed inches wide, but Fleetwood’s pressure would soon tell, as they halved the deficit. After picking up the ball on the right, the impactful Hunter who played a low cross to Cole, who neatly turned in for his third goal in as many matches.

It was no more than the Cod Army deserved and this galvanised the away side. Kyle Dempsey was next to try but his low drive from 25 yards just inches wide of the mark. Devante Cole then stretched furthest to connect with Hunter’s cross and test the palms of Slocombe and force a corner. From a free kick on the right, substitute Wes Burns made Slocombe tip the ball over the bar, with the resulting corner cleared.

Cargill was introduced to the action for his Cod Army debut in the final 15 minutes as Town pressed for an equaliser, but it was to be the home side who scored the crucial next goal. A corner from the left was cleared away by Cian Bolger but was picked up on the right and played back into the area where substitute Harrison pounced first to regain Rovers’ two goal advantage.

Despite a late rally, there was to be no late comeback for Fleetwood with Hunter’s free kick whizzing over the bar the last action of a disappointing afternoon.


Fancy a bet ahead of Fleetwood Town’s trip to Bristol Rovers this Saturday? See the latest odds with our EFL partner Sky Bet.