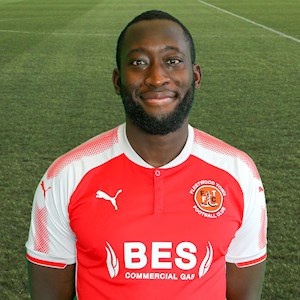 Toumani Diagouraga signed on at Fleetwood Town during the January transfer window of the 2017/18 season from fellow Sky Bet League One side Plymouth Argyle.

The defensive-midfielder was born in Paris and started his career at Paris Saint-Germain before being scouted and joining Watford’s Academy, where he signed a professional contract in November 2004.

After making his first team debut in the Hornets’ 2-1 League Cup win against Wolves in September 2005, the Frenchman spent two short loan spells at Swindon Town and Rotheram United, before a year on loan at Hereford United in 2007 where he made 50 appearances and helped secure promotion to League One. Diagouraga then signed a permanent deal at the Bulls in July 2008.

In June 2009, Toums signed for Peterborough United before moving to Brentford on loan in January 2010, where he ended up signing a permanent deal in July of the same year. Brentford would be his home until 2016 where he would go on to make 188 appearances for the Bees and meet Uwe Rosler who managed the side between 2011 and 2013. In February and March 2014, Toums made eight loan appearances at Portsmouth, including a 3-1 away loss at Highbury, before being recalled to Brentford where he helped secure promotion to the Championship.

In the 2014/15 season, Diagouraga made 43 appearances for Brentford. Finishing in 5th place secured them a position in the play-offs, only to be beaten by Middlesbrough 5-1 on aggregate in the semi-final.

The 30-year-old then signed for Leeds United in January 2016 where he would make 16 appearances for the club before being loaned to Ipswich in January 2017 for the remainder of the season.

In October 2017, Toums joined League One side Plymouth Argyle until January 2018 when he reunited with Uwe Rosler at Fleetwood Town, scoring on his debut in a 2-1 away win against Southend United. 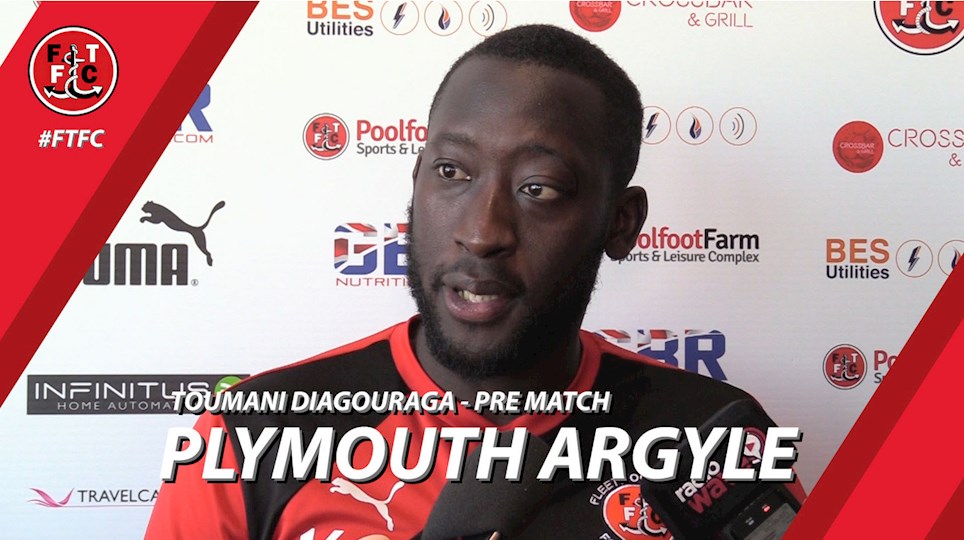 
Toumani Diagouraga spoke to the media on Thursday ahead of this weekend's match with Plymouth Argyle.

Diagouraga confident ahead of Blackburn game


Toumani Diagouraga says his side in confident ahead of Saturday’s Sky Bet League One fixture against high flying Blackburn Rovers.


Ahead of making his home debut on Saturday, Toumani Diagouraga spoke to the media to preview all things Blackburn Rovers.