First team players Danny Andrew and Paddy Lane made their way down to The Pantry, Fleetwood’s only food bank, on Thursday afternoon and helped the volunteers pack up their food parcels for those in need.

This visit comes ahead of the Club’s charity event, Pantry Day, which has been made possible by working alongside Faith in the Community. With Community Trust staff also present, the players saw first-hand what the charity does and even got involved by packaging up some food parcels for the people who needed them.

Faith in the Community, who were formed from a collection of churches - both Catholic and Anglican - and runs The Pantry, currently feeds more than 200 families per week, including almost 300 children just in Fleetwood. With the current economic climate, more keep coming through the doors of the food bank, with 49 new clients just last month.

They offer three different packages for those in need, one being a crisis pack which is a one-off food parcel for somebody who is in dire need at that time. The next is called ‘the bit in the middle’ which sees the charity support clients for 4-6 weeks, and the last is a weekly food parcel, in which they must interview everyone to see whether they are eligible. 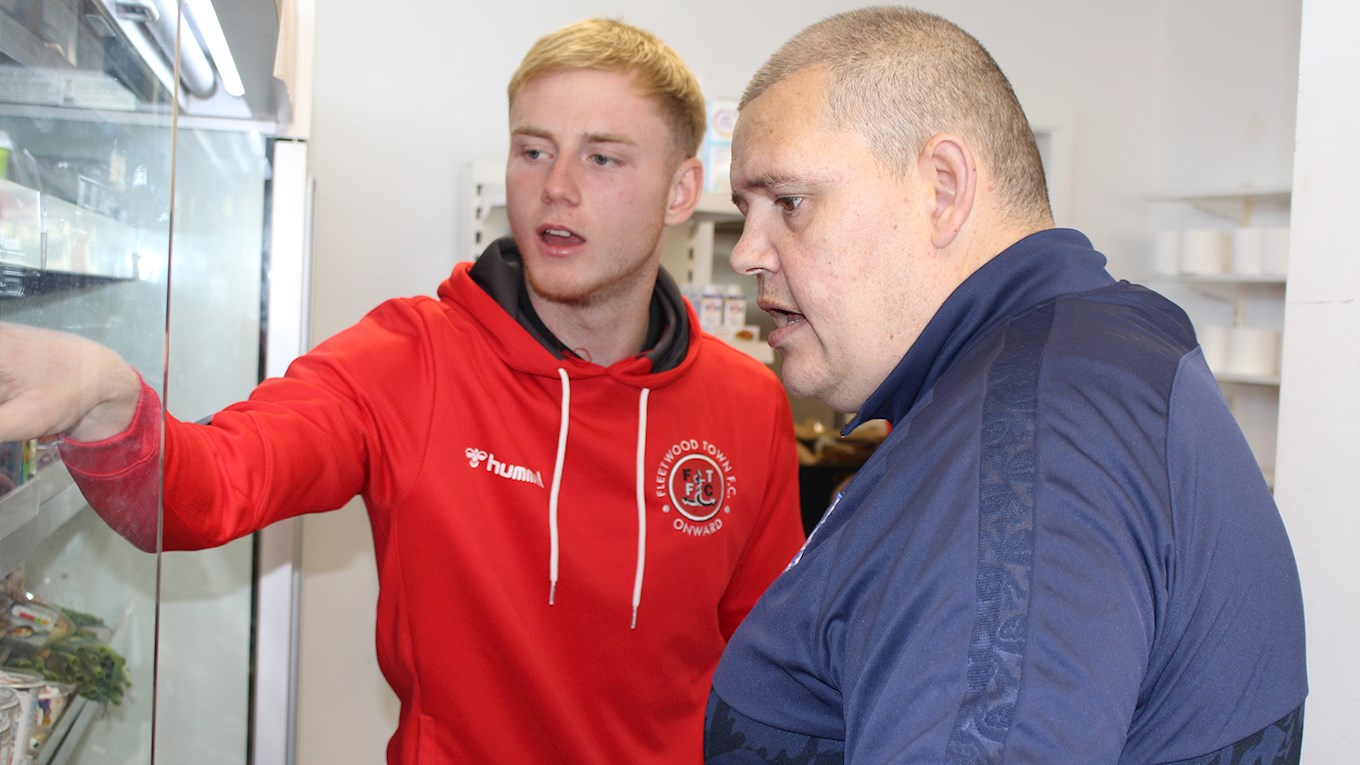 Paddy and Danny got involved straight away after arriving at the charity as they helped the volunteers package food parcels for those who arrived at the doors of The Pantry, something which the manager, Phill Clarke, thought was fantastic to see.

He said: “It was fantastic to see the players here, their ability to get stuck in and do the work hands-on benefited the volunteers here and them as well. They were willing to make up the food parcels alongside the volunteers and see what goes into a food parcel or a standard ration pack as it were.

“It reinforces the Club’s place in the community, it is a community club that always tries to support local projects. To see the players come here and see what we do is great, most people aren’t aware as they think we are just a food bank, but they don’t understand the ethos behind it and all that the volunteers do here on a day-to-day basis. 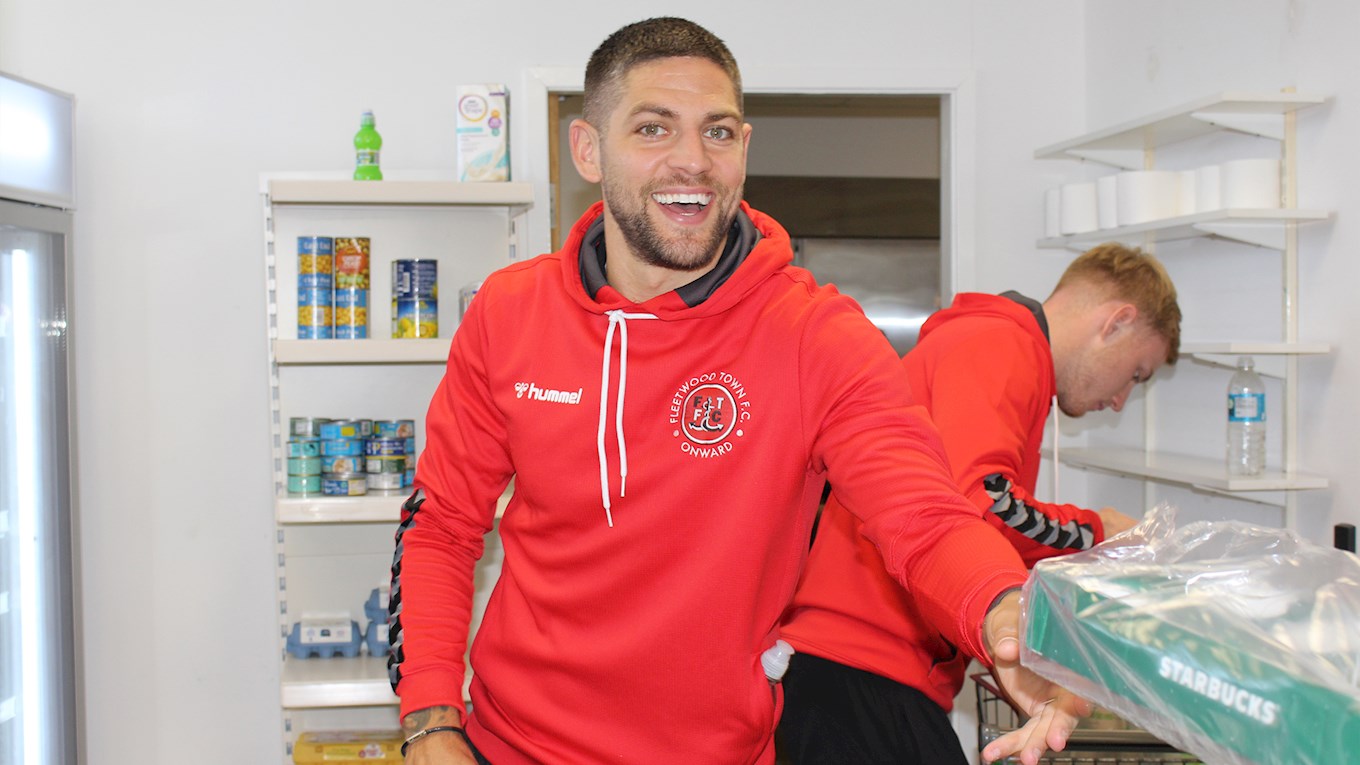 “If you talk about the players who came to visit, what engaging young men they were and the fact that they saw, first hand, how we serve our clients that come in here, and what we give them in terms of a food offering is great for all involved.”