Fleetwood Town are delighted to announce Barry Baggley and Dylan Boyle have been called up to the Northern Ireland Under-21s setup for their Euro Qualifiers against Spain and Lithuania.

John Schofield’s team will bring their U21 Euro 2023 Group C qualification campaign to a close with a game against high flying Spain at Inver Park in Larne on Friday (1pm start) and an away fixture versus Lithuania in Alytus next Tuesday (6pm start UK time).

Baggley has risen through the ranks in the Northern Ireland setup, making 18 appearances for the Under-17s, Under-19s, and Under-21s respectively, and has now been called up for his first senior training camp after a strong end to the League One season.

The midfielder added on to his appearance tally at the end of April, making his total 15 in all competitions. Not only that, but he also scored the opener in Fleetwood’s final game of the season against Bolton Wanderers, with both sets of fans clapping the sensational goal from distance. 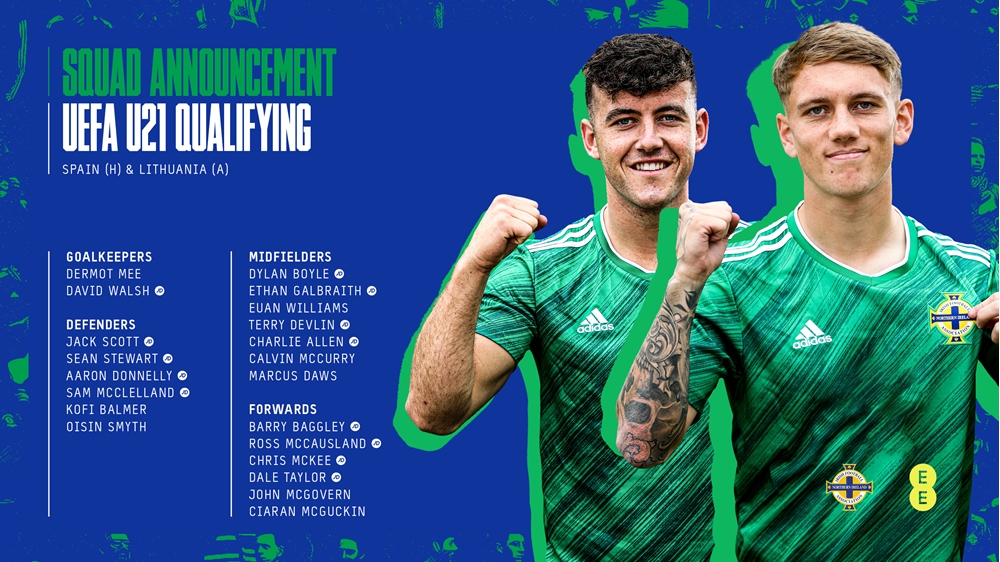 After a successful loan at Bamber Bridge and going through the process of completing his UEFA B License, Boyle returns to the Northern Ireland youth setup having now made 10 League One appearances for the Cods. He will be looking to add on to the eight international caps he’s made so far for both the Under-17s and Under-21s as they face two games in a short span.

Northern Ireland, who have six points (two wins, four defeats) in the group so far, thumped Lithuania 4-0 at Ballymena Showgrounds in November - it was arguably their best performance of the campaign - and they will be hoping to end their Group C qualifying series on a high with a positive result in Alytus.

The U21 squad for the Euro qualifiers against Spain and Lithuania is as follows:

We would like to wish Carl Johnston and Chris Conn-Clarke all the best in their recoveries after injuries sustained last season.