Fleetwood Town are delighted to announce Paddy Lane has been called up to the Northern Ireland senior squad once again ahead of their quadruple UEFA Nations League header.

Head Coach Ian Baraclough side, who are top seeds in League C Group 2, begin their third Nations League campaign with a home game against Greece on 2 June, with two more away trips to Cyprus (5 June), and Kosovo (9 June), before returning to Belfast to face the Cypriots on 12 June.

Lane – who made his senior debut for the national team against Hungary in March – has had a brilliant first season with the Cods, winning the League One Young Player of the Year award whilst amassing 39 appearances, scoring five and assisting a further eight in that time.

This run of form hasn’t gone unnoticed as he has been nominated into the Team of the Week multiple times by the league body, and The League Paper, and was even named in the best Under-21 EFL XI back in February. 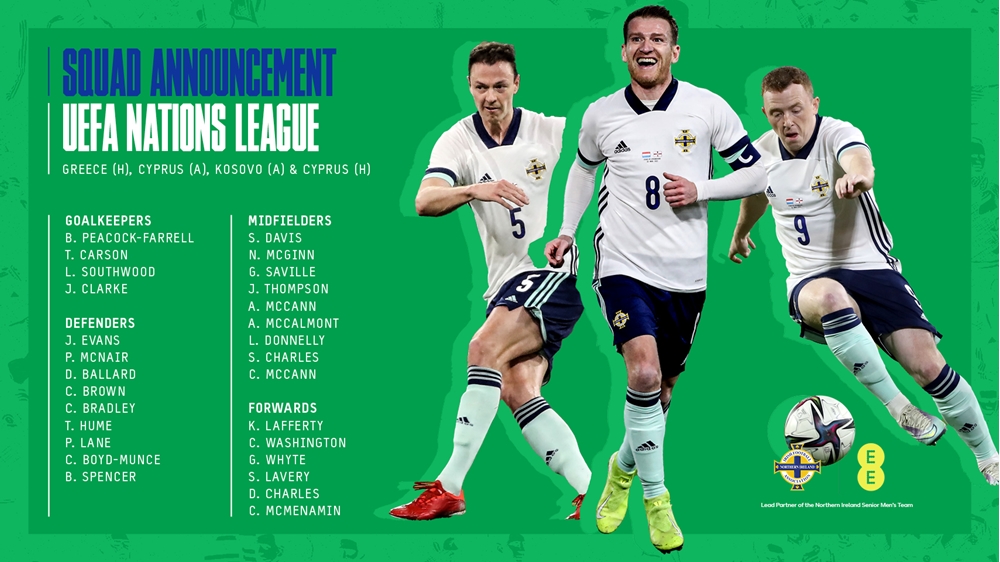 It’s great to see players from clubs all over the North West be represented in the national setup, with four in the 28-man squad. The Northern Ireland squad for the UEFA Nations League games in June is as follows: