Fleetwood Town’s first-team were back at Poolfoot Farm on Thursday morning for their first day of pre-season in preparation for a busy schedule.

All the players started the day by meeting up and having a quick catch-up about their summers before making their way into classroom to officially meet the new head coach, Scott Brown and his coaching staff.

The lads were then sent off into the gym to undertake some physio tests – which the club uses to look for anything that needs flagging after the players break.

After the testing, it was outside in the scorching heat to take part of the dreaded first day run. The yo-yo test was completed by all the first team players, with Brown watching on from the side lines. 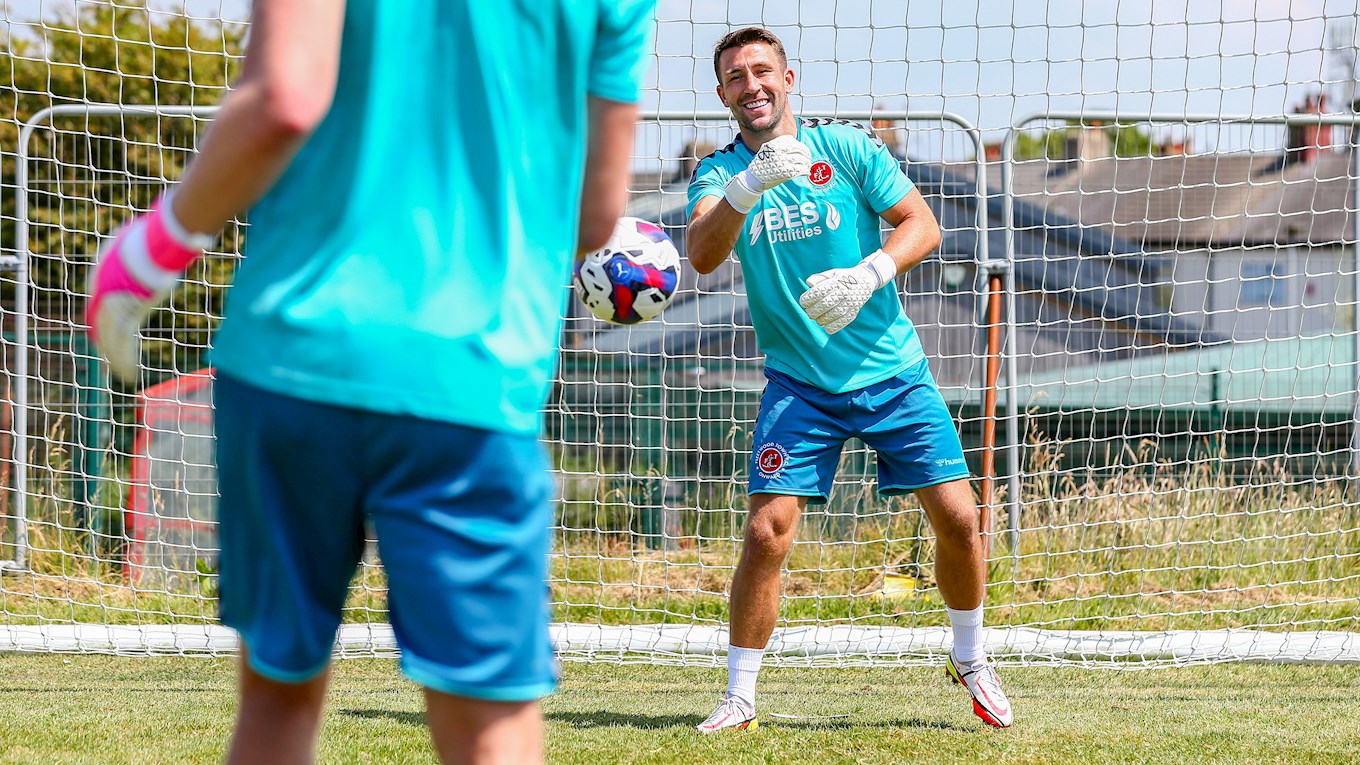 After that, the players grabbed some lunch before heading back out onto the grass to do some work on the ball and blow away any cobwebs from their summer off.

After the day was done, we spoke to forward Shayden Morris about his first day back in for pre-seaso. The 20-year-old said: “The running on the first day was tough, but the work I have done during the summer has helped me push on and come back fitter and stronger.

“I feel I did well today in the testing and that hard work during the off-season. It’s hard because you go home and want to make sure you spend time with your family, but we know as professional footballers that we need to work so when people are sleeping, we are out making sure we keep to our plans and put in that work if we want to make it.”

The best way to watch Fleetwood Town this season is by purchasing the Onward Card. For adults, you will pay as little as £14.17 per month for the 23 Sky Bet League One matches, with many benefits included in the deal. Click HERE to buy yours today!