Poolfoot Farm’s popular goalkeeper camp took place once again on-site last week, with young goalkeepers from all over the north of England heading to the complex to take part over the three-day period, which saw Goalie Wars make a much-wanted return!

The event saw as many as 40 young goalkeepers, aged between seven- and 11-years old travel to the Fylde Coast with their families to test their skills as a ‘goalie’ and even learn a few new tricks from coaches Ethan Rowley and Allan Harvey.

Everything started much sooner than the opening day of the camp as the coaches hosted a Zoom call with all the parents of the children booked on to go through a vital information pack so everything was clear in terms of what was needed for the event and, also so the coaches could answer any questions the parents had.

Goalkeeping seems to be the thing on the rise around Fleetwood – especially with one of our own, Billy Crellin, heading off to Premier League Everton last season – as the complex has now hosted not only four goalkeeper camps but seven ‘keeper events as well in the last three years!

On the first day of the goalkeeper camp, the qualified goalkeeper coaches planned the sessions to suit what the kids would enjoy so they can look forward to day two, which included Shot stopping, goal-kicks, and, not to mention, the football golf & football rounders! 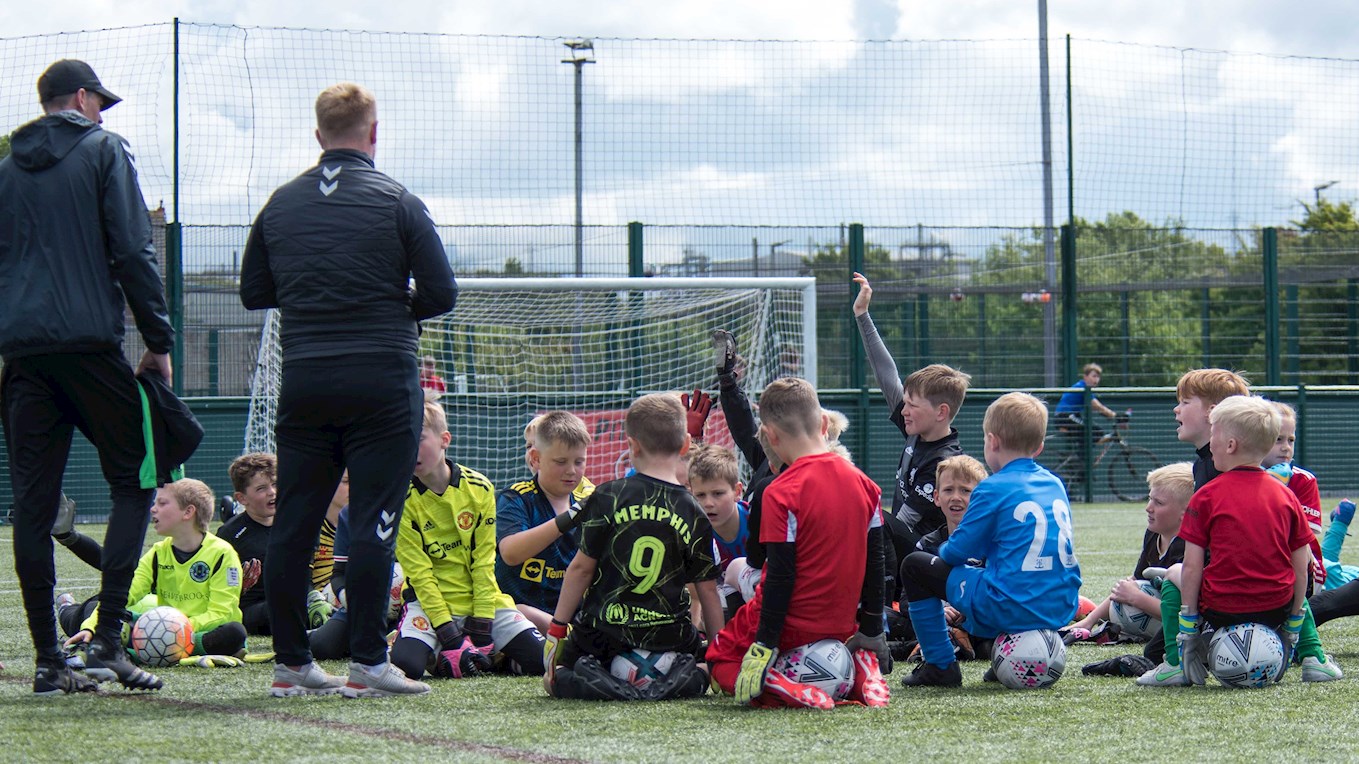 The second day saw the ‘keepers go through more technical drills, whilst going through the basics from day one once again. The younger age groups flourished during this as they enjoyed diving through the warm air on the summer’s day before they were all taken inside to be shown videos of ‘how to get a goalkeeper’s mindset’ and other motivational videos.

The children seemed to love it and, at the end of the videos, it seemed to work as the goalkeepers came out of their shells and voiced their opinions from their goal lines throughout the rest of the day!

The final day is always the fun one – goalie wars time! Each Goalkeeper played 17 games in their group and battled it out between the posts to get their hands on one of the GK Wars trophies or prizes! All the pupils even wanted to referee games when they were off or take down scores!

Here are the winners of the goalie wars tournaments:

Under-8s and Under-9s runner-up: Jude B

We are thankful to say that the three-day event was a huge success for all the goalkeepers, families, and coaches on board and there was a real jump in skill come to the end of the final day! Make sure to keep an eye out for the next event being held at Poolfoot Farm – thank you to all involved!