Long-standing Former Players Association member Kevin Byrne sat down recently to recall his memories of being associated with the club for over 60 years, having played in 203 games and scored 21 goals over two spells.

During the last six decades, he has variously been a supporter, player, manager, coach, and secretary at the club. Kevin began by recalling his debut for the team 54 years ago.

“It was Easter weekend and I played the previous day against Leyland Motors for the reserves. We won 2 – 0, I scored both goals and I was expecting to play at Dukinfield in our next match.

“My Saturday morning routine, I’m almost embarrassed to say, was I had to do my mother’s shopping which required me to walk into the town which was about a mile and a half away with the bags and a list.

“When I came back laden with the shopping, my dad said Mr. Whitehead, the Chairman of Fleetwood, had been round in his car. He said I had to report at Highbury at one o’clock to go Morecambe, so I did. That was my match day preparation for an unexpected debut.

“Morecambe were far and away the best side in the Lancashire Combination and were the money boys at the time as well. They were very strong and had a beautiful setup.

“I remember as well that Fleetwood played in red normally so did Morecambe so we changed into an all-white strip. This was a sign of the times that the kit man was a former player called Ronnie Godwin and he had half a dozen pairs of new white socks.

“Everyone didn’t get a pair but I remember him coming to me and saying ‘There you are son, it’s your debut, you have a new pair.’ I didn’t touch the ball for about 15 minutes, we were getting battered.

“I played on the right-wing and was chasing shadows and trying to force people down.  My goal came out of the blue. I was always reasonably fast, and I chased a long ball surrounded by probably two or three players and it bounced towards Morecambe’s goal and their goalkeeper.

“He was a big handful called Lance Millard who was about six feet four and he came out and I just managed a toe poke. It seemed to confuse everyone and to my surprise to be honest it went in.

“For those few moments, I didn’t think it was going in. I felt elation and disbelief almost, I thought what is happening to me here? I should be on a patch of grass in Dukinfield.

“You were often judged as a winger on the number of crosses you got in and, on this occasion, I popped it into the middle and Derek Armstrong who was our player-manager headed it in and we were 2-0 up, probably on the hour.

“I thought that someone was going to wake me up soon! Morecambe inevitably hit us back and got to 2-2 and we were hanging on desperately for a point. It must have been the last minute when they switched the ball to their left-back and he was bringing the ball forward, but he just overran it and I managed to nip it.

“There was a lot of space behind them because they were attacking so I went up the wing and again Derek Armstrong was in the middle and in went my centre but then the final whistle blew.

“I was in a state of euphoria but what I was then sick about was that night I had booked tickets for my girlfriend, now wife, and me to see Gene Pitney in concert at the ABC theatre in Blackpool. I had to rush home when really, I wanted to go in every pub in Fleetwood with a sign saying I’m Kevin Byrne! However, instead, I was in the ABC theatre where nobody knew me.”

Fast-forwarding five years, Kevin was asked if he could recall anything about a sending-off that took place in March 1972 in a Northern Premier League game at South Shields when he was dismissed for using foul and abusive language.

“I can remember that as I was volatile, but it was only violence of the tongue as I was a bit of a loudmouth. It was stupid, it was over a block tackle and the ball went into touch. The linesman gave the throw in their favour, and I had a minor expletive conversation with him.

“It was Fleetwood’s first-ever Sunday game and the referee said he was sending me off for foul and abusive language. I remember saying ref please give me a break, it is a Sunday, and my mother is a strict catholic, and if she knows I have been swearing.

“He just said it was a good effort, but I was still going off. My Mother wasn’t interested in football, but she said I had brought dishonour on the family as it had been in the press that I had been sent off for using foul and abusive language.

“She was a typical Irish mother and was concerned about what her fellow parishioners would say. It was a stupid thing that I did but I went through a phase where I got too big for my boots. If I was 19, I would just have accepted the decision, but I think that I thought that the linesman had a bit of a menial job. I disrespected him and put that into words.” 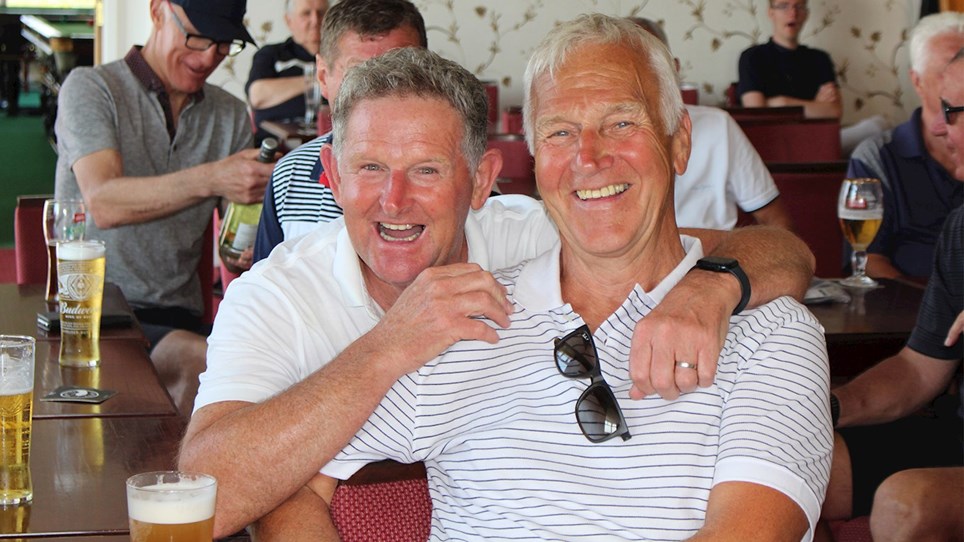 Former Players set to meet at Poolfoot farm next Thursday


Fleetwood Town's Former Players Association will be back at Poolfoot Farm for their next monthly catch-up next Thursday morning. 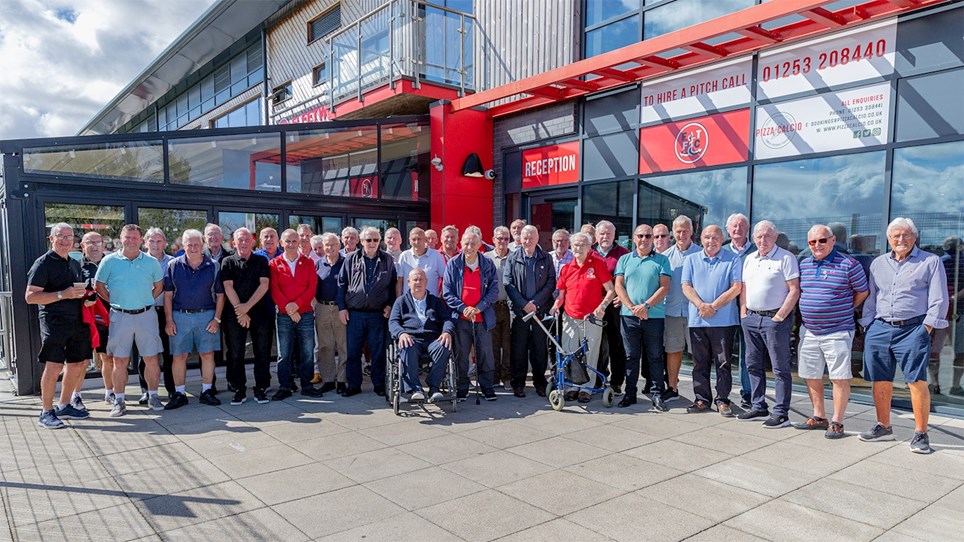 Former Players meet up and watch training down at Poolfoot Farm


Fleetwood Town’s Former Players Association (FPA) were back on Thursday morning with more than 30 members, holding a successful meeting at Poolfoot Farm! 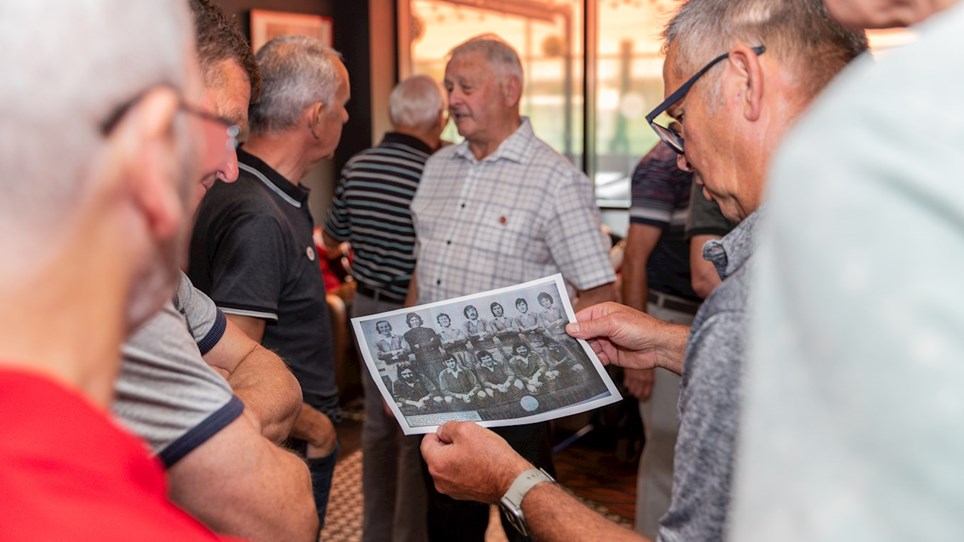 Former Players to meet at Poolfoot Farm this Thursday


Fleetwood Town's Former Players Association will be back at Poolfoot Farm for their next monthly catch-up this Thursday morning. 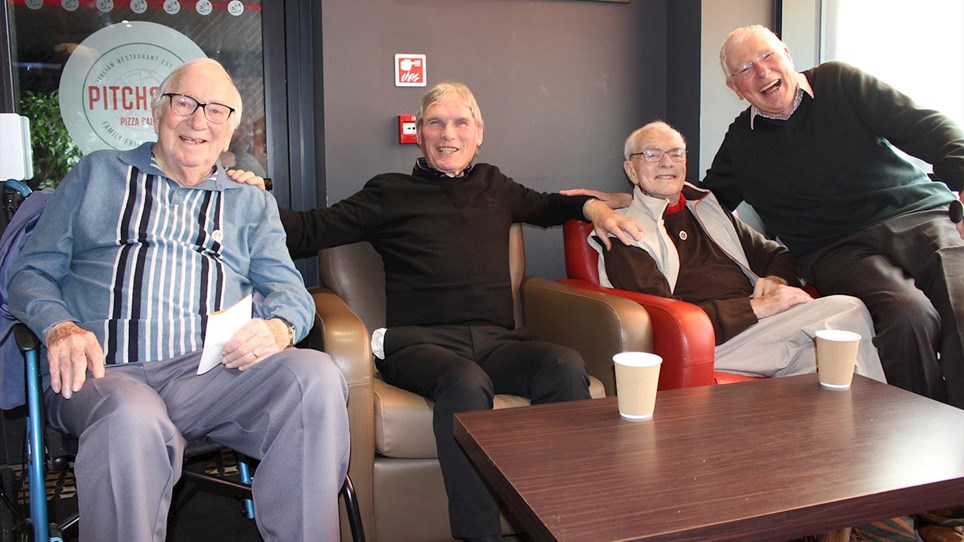 
Fleetwood Town’s Former Players Association (FPA) met up once again at Poolfoot Farm for their monthly get together, with more than 30 turning up to another successful meeting.

Former Players meet up and watch training down at Poolfoot Farm


Fleetwood Town’s Former Players Association (FPA) were back on Thursday morning with more than 30 members, holding a successful meeting at Poolfoot Farm!

Former Players to meet at Poolfoot Farm this Thursday


Fleetwood Town's Former Players Association will be back at Poolfoot Farm for their next monthly catch-up this Thursday morning. 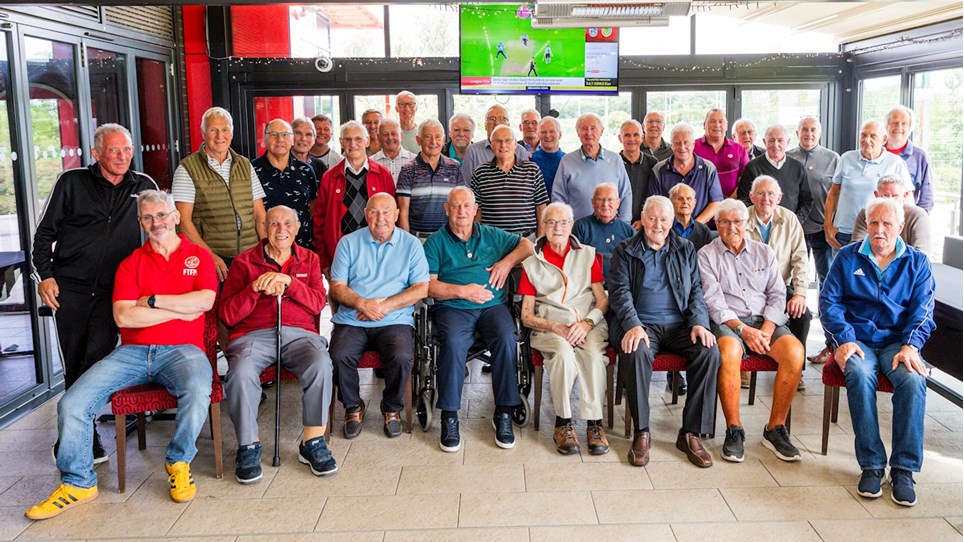 Former Players spread the sound of laughter at their monthly meeting


Fleetwood Town’s Former Players Association (FPA) were back at Poolfoot Farm on Thursday morning, to discuss their annual golf day and to also share memorabilia.

Former Players set to meet at Poolfoot farm next Thursday


Fleetwood Town's Former Players Association will be back at Poolfoot Farm for their next monthly catch-up next Thursday morning.