Wiles – who joined the Cod Army full time in 2018 - leaves the Club after four years as the Under-18s coach, in which time he saw the young Cods make history in the FA Youth Cup by reaching the fourth round in consecutive seasons, as well as winning the Youth Alliance League North West league back in 2021.

The 37-year-old played a big role in developing the likes of James Hill, Jay Matete, Shayden Morris, and more by giving them the chances they needed to showcase their skills to further develop their careers in the professional game.

On the move to Salford, Simon said that he leaves the Fylde Coast with so many memories on and off the field as he moves up to first team coaching for the second time, after a brief stint as Interim Head Coach at Town last year.

He added: "Over the last six years at this Club, having started as a Lead Youth Development Phase coach and then moving through the ranks to become the Under-18s head coach and also having the opportuniuty to become first team manager on an interim basis.

"The main part of the job is to get players through to the first team, which over the last four seasons has seen 15+ academy graduates make their debuts and earn professional contracts, it's something I am extremely proud of. 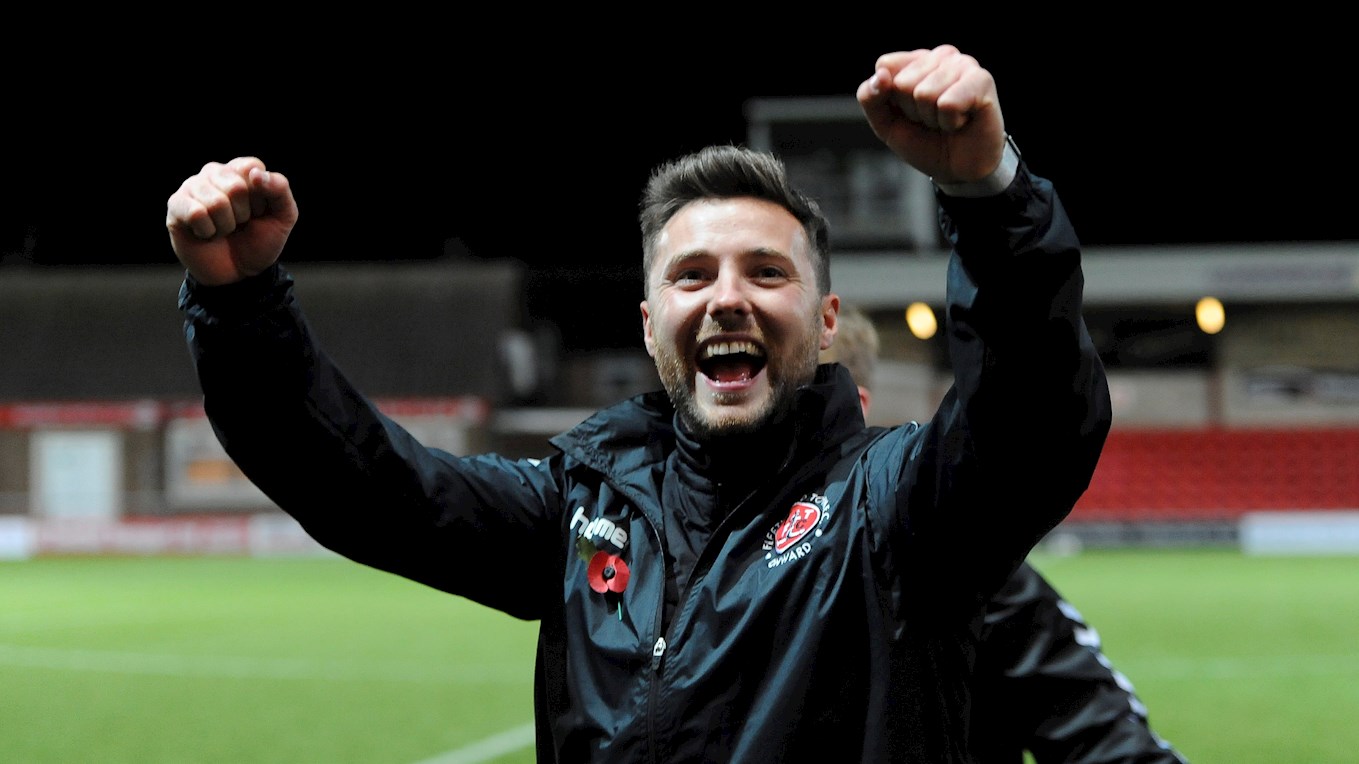 "When I look back at my time at Fleetwood, we had some magical moments especially with the FA Youth Cup - and not just for myself, but also for the group of players at the time. Another memory will be winning the North West Youth Alliance League for the first time in the Club's history.

"I am very grateful for the opportunities I have had. I've worked with some great players and great coaches at Poolfoot Farm, and all of those have made my time at the Club very special and I can't thank them all enough. I wish every single one of them and the Academy all the best for the future."

Jack Higgins, the Academy Manager at Fleetwood added: “I’d like to thank Wilesy for his hard work and dedication during his time with us. Not only is he a fantastic coach, he’s a great person and has hugely contributed to the growth of our Academy over the years.

"He has had great experience with us over the past two-seasons and has now moved into a first-team environment. Although it is disappointing to see him move away from Fleetwood, it offers a new challenge for him to continue his development as a coach. He leaves with all of our best wishes.”

Everyone at the football club would like to thank Simon for his work whilst at Fleetwood Town and wish him all the best for the future. 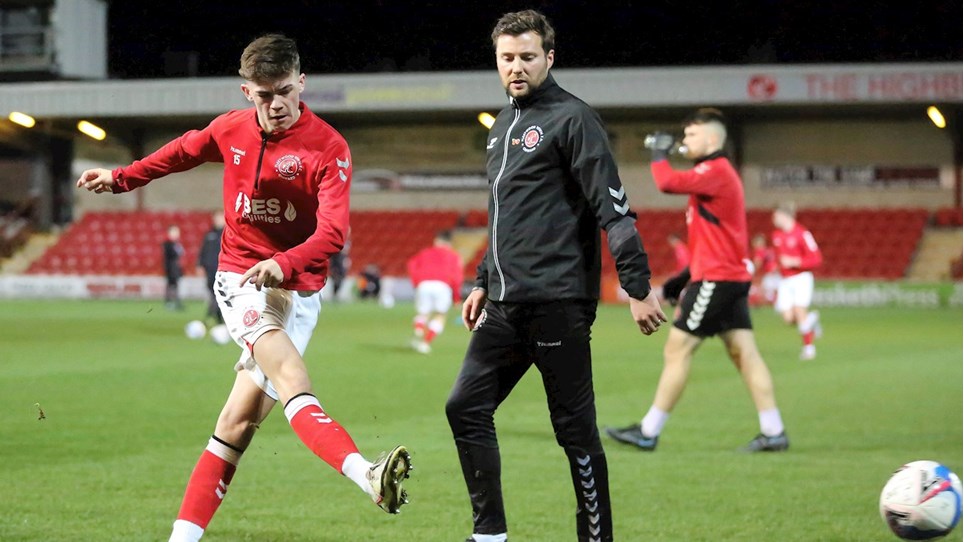 Wiles: It’s a remarkable achievement and one hopefully we can build on next year


Under-18s Coach Simon Wiles spoke to the club after his side performed valiantly in their FA Youth Cup tie against Premier League side Liverpool at the weekend. 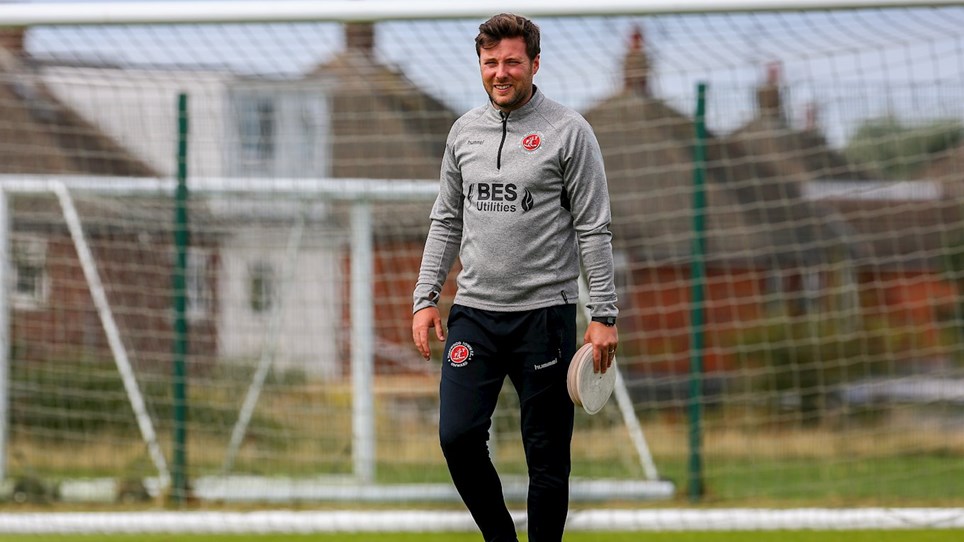 Wiles: We are looking to cause a big upset 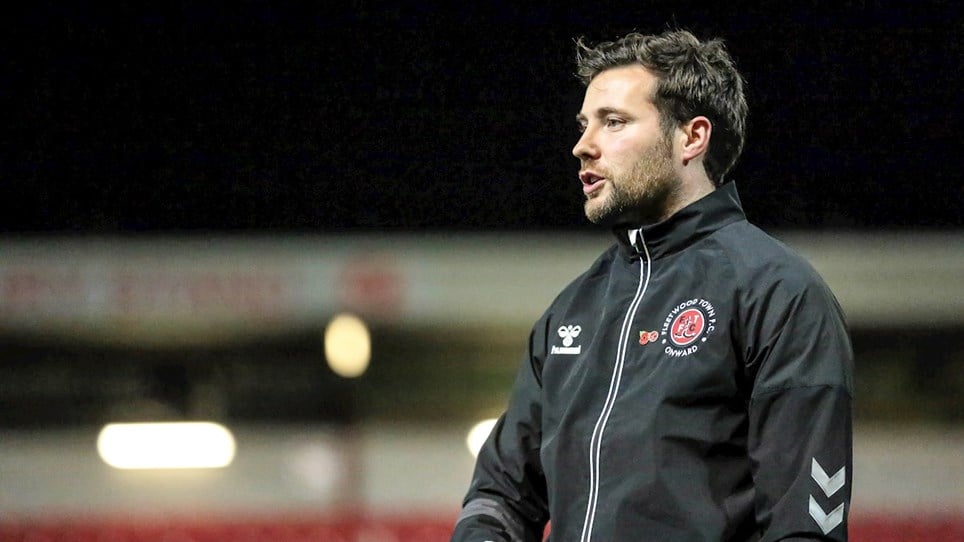 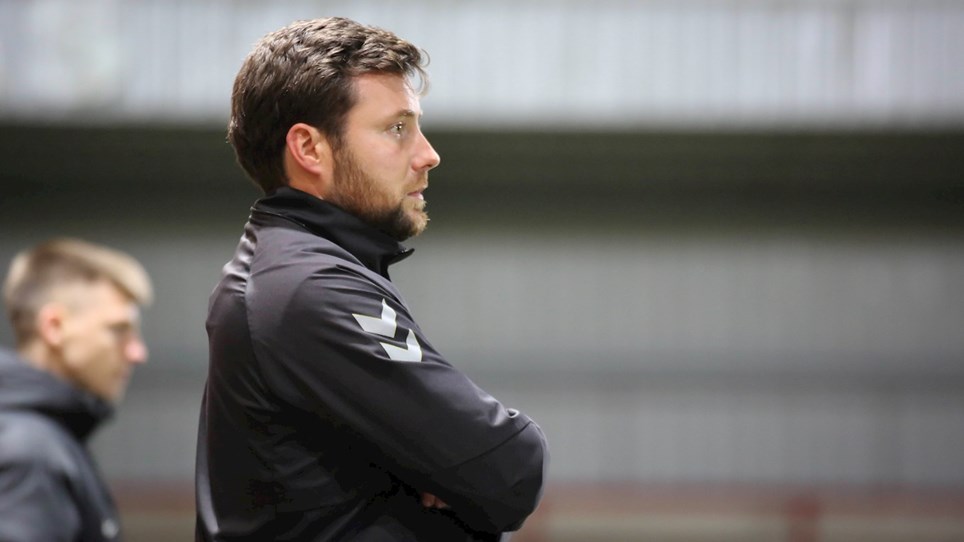 Wiles: It’s a fantastic evening for everybody involved


Under-18s Head Coach Simon Wiles gave his verdict on Wednesday evening’s penalty shootout win over Tranmere Rovers in the First Round of the FA Youth Cup at Highbury. 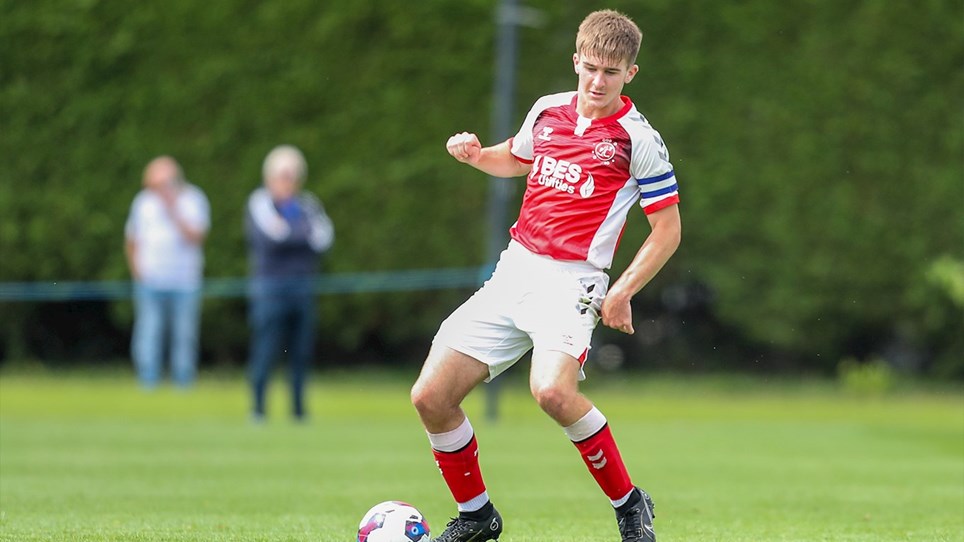 
Fleetwood Town’s Under-18s came out 4-0 winners in their Youth Alliance fixture against Walsall at Poolfoot Farm. 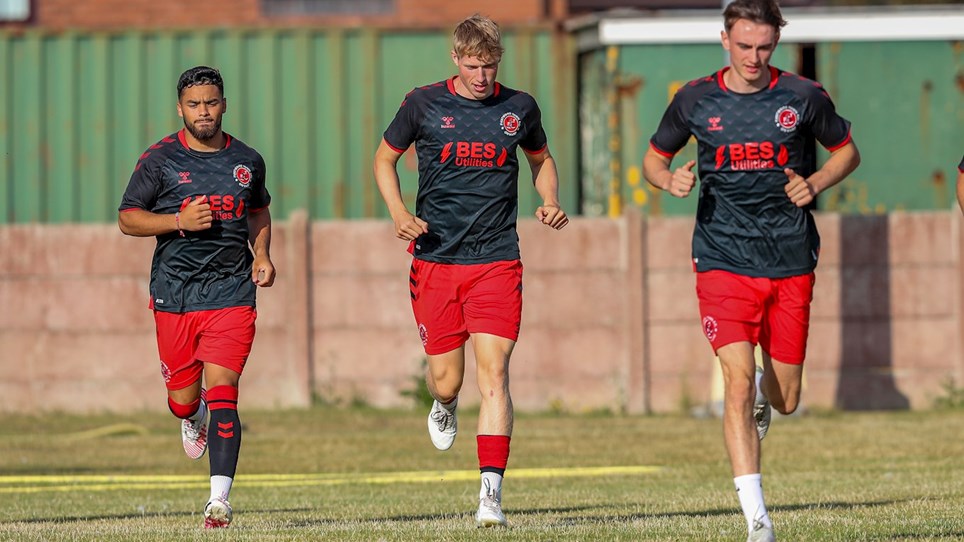 
Fleetwood Town's Development Squad can now confirm the fixtures for the upcoming 2022/23 Central League season, with Bolton Wanderers being their first opponents at Poolfoot Farm. 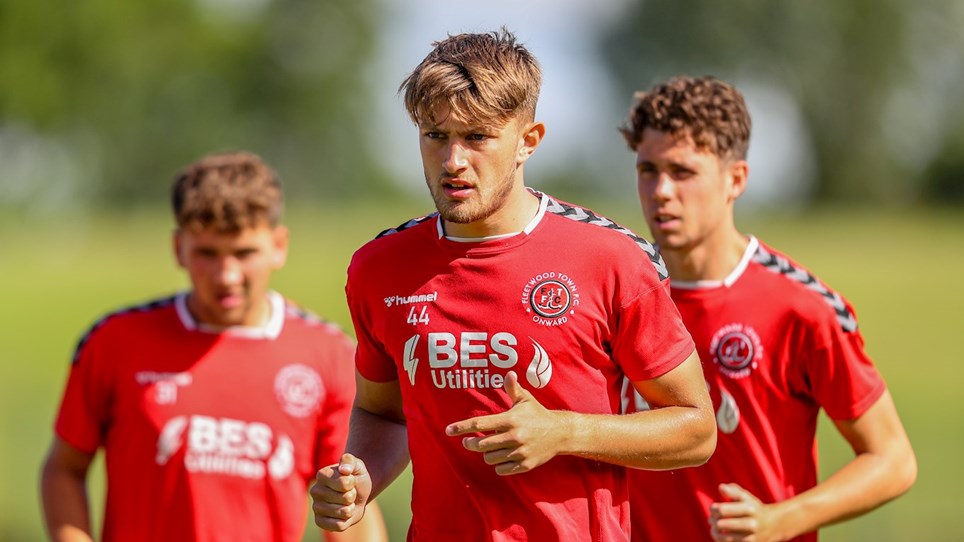 
Fleetwood Town's Under-19s are back in action this weekend as they welcome Walsall to Poolfoot Farm for another Youth Alliance League fixture. 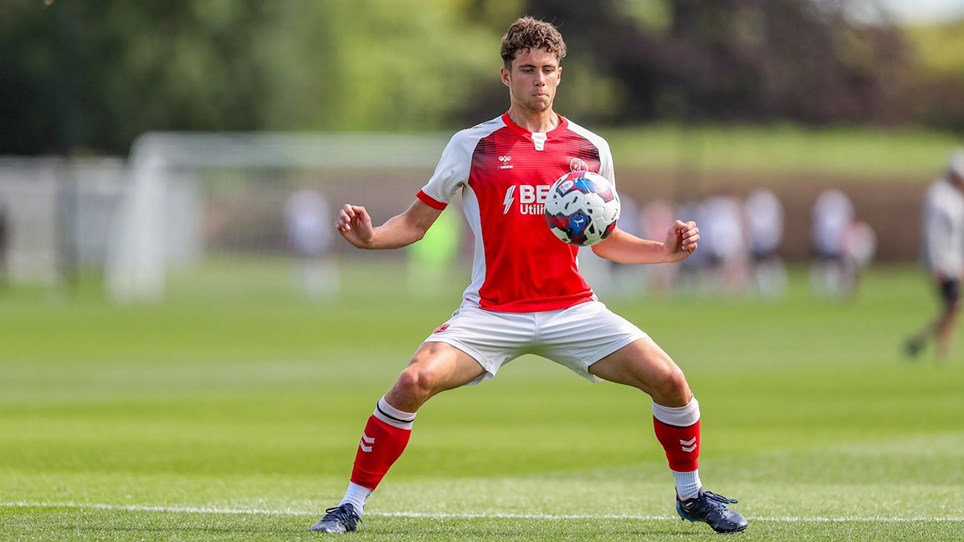 Report: Under-19s win on the road at Port Vale


Fleetwood Town's Under-19s opened their Youth Alliance League campaign off with a win after beating Port Vale 2-1 in Stoke-on-Trent.