The squad are now two days into their pre-season trip to Pula and they look more settled in after a hectic first 24 hours.

Day two started as the first day ended with the staff and players all getting up early for a morning jog down the sandy coastline, led by the club’s sports scientist Youl Mawene.

Breakfast followed that with a split gym session on the horizon. At 9am, the first group made their way into the on-site gym where they worked their way around a weights and stretching routine, with the second group doing the same 30 minutes later.

The early morning action wasn’t done there as the players then made their way down the road to one of the complex’s pitches to have an intense on-the-ball session in the baking heat. 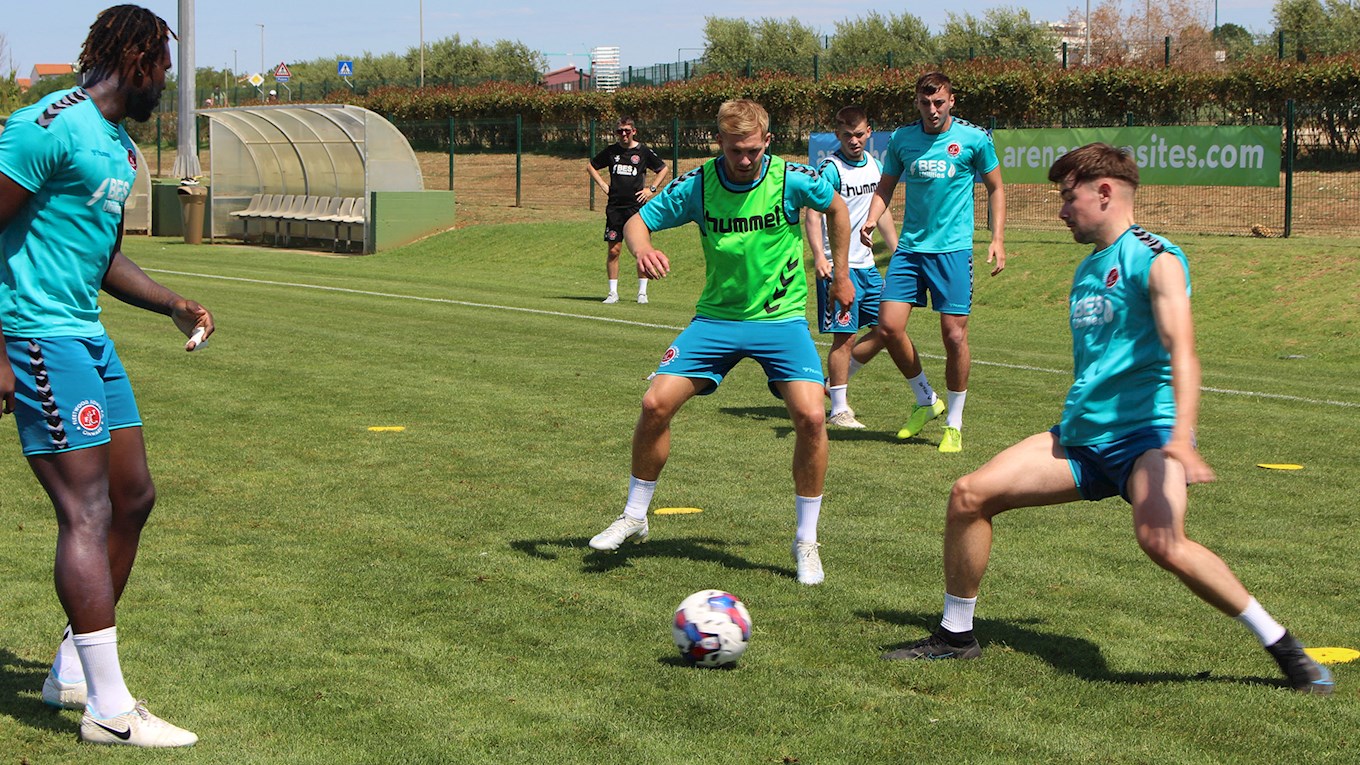 Rondo sessions took place in two groups, with the goalkeepers doing their normal prep and workouts on the side with new goalkeeper coach Owain Fôn Williams.

A chilled afternoon was in store for the squad to build up the energy for the afternoon session, which was 11v11 match scenario ahead of tomorrow evening's clash against Rotherham United.