Fleetwood Town’s Head of Coach and Player Development Matt Lawlor sat down with us after the Under-18s narrow defeat at Preston North End on Saturday morning to give his thoughts on the match.

Fleetwood’s Under-18s travelled to Springfields for their first pre-season friendly match of the new campaign, and there were plenty of positives for Lawlor and his coaching staff.

Here's what he had to say after the fixture:

“Today was our first game of pre-season and it was all about getting the lads minutes on the pitch. I thought we did start off a bit slow but as the game developed, we got better and that for me is a positive. There are no injury concerns so that’s a major plus for us.

“The match today wasn’t result orientated. It was about the players’ fitness and getting minutes into their legs and the big one for us was that most lads got 60-70 minutes across our two matches today – as our Under-17s played Preston’s Under-17s on the pitch next to us – and no injuries.

“As people will be aware, we had a horrendous run of injuries last season and we never want that to be repeated so as I said, that’s a real positive for us.”

On the new first-year scholars…

“Our next scholars equipped themselves really well and there were some really good standout performances. I thought Theo Butterworth and Kayden Hughes looked bright today and the likes of George Morrison who played nearly 90 minutes, it was great for them to get this experience.

"We had some Under-16s play with us today and that’s just brilliant for me to see lads making that step-up. As an academy, we are really pleased with the young lads. They just now have to keep pushing to hopefully challenge the second-year scholars for an Under-19s start on August 6.”

Looking ahead to next week & the rest of pre-season…

“For me, pre-season has been very good. We’ve had a lot of chats with the boys, us getting to know them and them getting to know us as coaches as some have travelled from abroad and others moved up from down South so it’s a big bedding in process for them. Some only finished school 2-3 weeks ago, so it has been a huge success so far.

“If we had got a result today, it will have helped the boys but for now we look ahead to Monday. We have Sheffield Wednesday on Tuesday night and then we have Leeds United on Saturday followed by two games against non-league sides.

“This will be a big test for the players as they will be coming up against grown men at Kendal Town and Barnoldswick – so we know it is going to be a physical battle for the young lads, and then we have games against category one and category two academies so it’s going to be a good pre-season for all.” 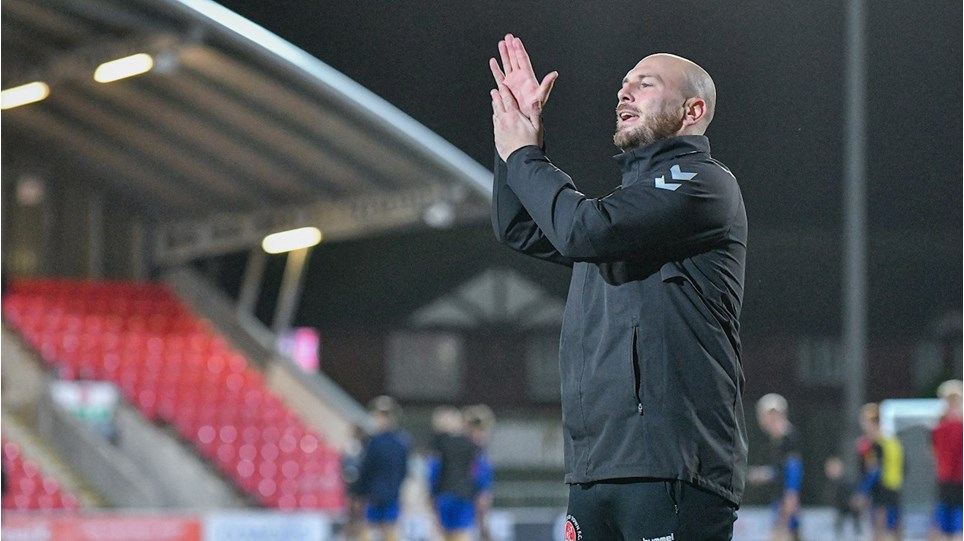