Fleetwood Town’s latest signing Jakub Stolarczyk sat down with the club this afternoon and spoke about the move to the club, his time at Leicester City, and the experience he gained whilst on loan at Dunfermline last season.

Stolarczyk joins the Cods from Premier League side Leicester where he rose through the youth ranks and even made it in the squad on multiple occasions for the side in the Europa League against Legia and Napoli.

The 21-year-old had his first real taste of senior football last season as he went on loan to Scottish side Dunfermline and now looks for further first-team opportunities with Fleetwood.

Here’s what Jakub had to say in his first interview:

On the move to Fleetwood Town…

“It feels great to get the move over the line, it’s been on the books for a little while now and I’m just happy that it’s finally done - I’m here now and I can’t wait to get going. I had my first session today with the boys, the level was really high, and I’m excited about the competition for places with both Jay [Lynch] and Alex [Cairns].

“I want to challenge myself with this loan; I want to play regularly, and I know that there will be competition for places from Jay and Alex, so I know it’s not going to be easy but that’s the reason why I wanted to come here. I want to do my best for the club as that’s the way I’m going to advance my career and I just can’t wait to get started."

On gaining senior experience at Dunfermline…

“My time at Dunfermline was really good and I enjoyed the experience, so it ended up being a good first loan for me. It’s always difficult coming into a new environment, getting to know everyone, and having to remember a new bunch of names, but I will get settled with time and will be fine with this group of lads.

The transition to Dunfermline was something different and was something that I was waiting for, for a long time. The loan happened at the end of January last season, even though I was hoping to get out in the summer, I had to wait.

“Dunfermline did come along though in January which I was really pleased about and managed to play in 13 games there, whilst getting used to a new environment. I was able to get vital experience in senior football, which is ultimately what I want as it allows me to make the step forwards with my career.”

On some familiar faces at the club…

“I met Owain [Fôn Williams] in Scotland when he was still playing and coaching at the same time at Dunfermline so I have worked with him before and all I can say is that he’s a great guy. Knowing that he’s here and it being a familiar face in the building is certainly good for me. I know how to work with him, and he knows how to work with me so there are only positives from that.

“I spent a bit of time at Leicester with DJ [Darnell Johnson] who is a great guy, and I can’t wait to see him and be in the same team as him again, it’s just a nice feeling. I’ve spent a lot of time with him and already had that time to get to know each other. I also know Will Russ as we trained and played together in the Under-23s so it’s nice to come to a new place but still know a few faces as it makes you settle in a bit easier.” 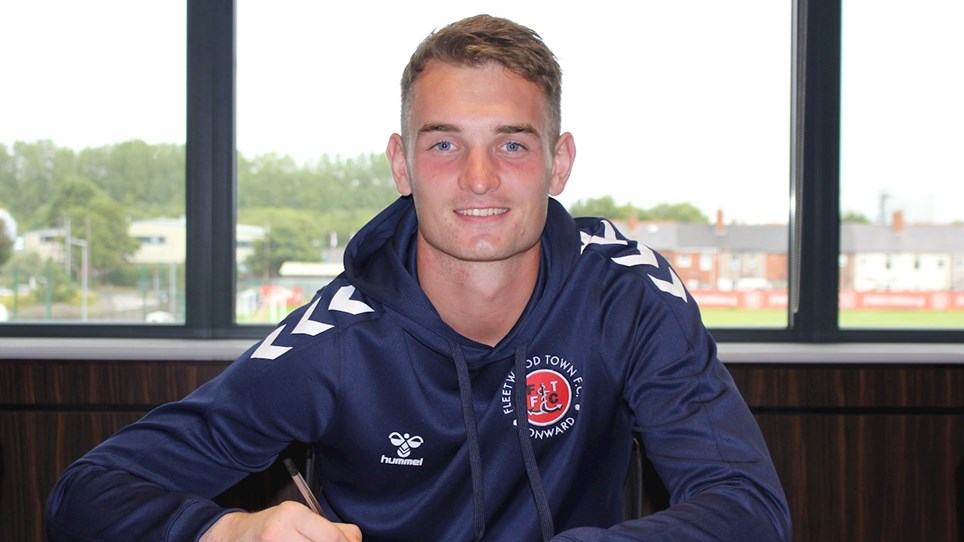 
Fleetwood Town are delighted to announce goalkeeper Jakub Stolarczyk has joined the club on loan from Premier League side Leicester City until the end of the season.