Scott Brown after his side's draw against Derby County

Fleetwood Town head coach Scott Brown spoke to the media after his side drew 0-0 at home to Derby County at Highbury Stadium.

It was an end to end match on the Fylde Coast, with both Town and the Rams having equally good chances to steal all the points from their opponents.

Former Fleetwood midfielder Tom Barkhuizen went very close for the visitors, with Cian Hayes and Dan Batty going very close in the second half for the Cods.

With another clean-sheet on the cards, here’s what Brown had to say:

“Yeah, it’s probably a point gained today. I think our first half performance wasn’t us, we didn’t keep the ball, or we didn’t get the tempo up, but we managed to change our shape in the second half and the lads were absolutely exceptional. The energy levels from the players just rose and the work rate off the ball was vital and even more so against Derby, a side who play good football and keep the ball well.

“The back four were fantastic. They defended really well and it sets it us nicely when we are going forward. We want to squeeze the line and take the ball under pressure and play football as much as we can. Derby put us under pressure but second half we were able to play around them and probably created the better of the chances.

“They are a possession-based team and have a young manager in charger who believes in his philosophy, and they will have a fantastic season. For us, we looked comfortable on the ball against them and we created chances and maybe could have nicked all three points, but a draw is probably a fair result.

“This is our place; we want teams to come here and struggle and with the winter coming it will be even harder. Today, the wind machine was on so it’s a difficult place to come. Yes we will result teams, but we don’t fear anyone!”

On Jay Lynch between the sticks…

“He has made some huge saves for us already this season. I know we have brought in Jakub but for me Lynchy has been exceptional since the day we walked in the building and that comes from his training, his work rate off the pitch and he wants to be a top-quality goalkeeper and he’s showing that now.

“He is good with his feet, he commands his box, and his shot-stopping is great and with all of those he is able to keep clean sheets week in week out and as a group, it’s important we build on that as you don’t want to keep clean sheets and not score any goals. We need to make sure we are creating enough chances for our striker to put the ball in the back of the net.

On looking ahead now to Everton in the Carabao Cup…

“Everyone in the dressing room is excited and looking forward to the match. There will probably have to be a few changes in midweek because the lads have been relentless and have been working extremely hard and sometimes you need to give a couple of the lads a rest.

“I know we’re coming into a huge game, and it will be a shame but for us, looking forward the league is very important to us and so is our form and at the same time there are lads on the bench who haven’t had a lot of minutes on the pitch. It will be a huge opportunity for them to get minutes.”

“With Frank [Lampard], he is a player I admire. For me growing up and also playing against him, it was fantastic. He is another young manager, and he is one who messaged me the minute I got this job and sometimes it’s the small details like that, that make it personally and for me it shows he’s a kind-hearted person. 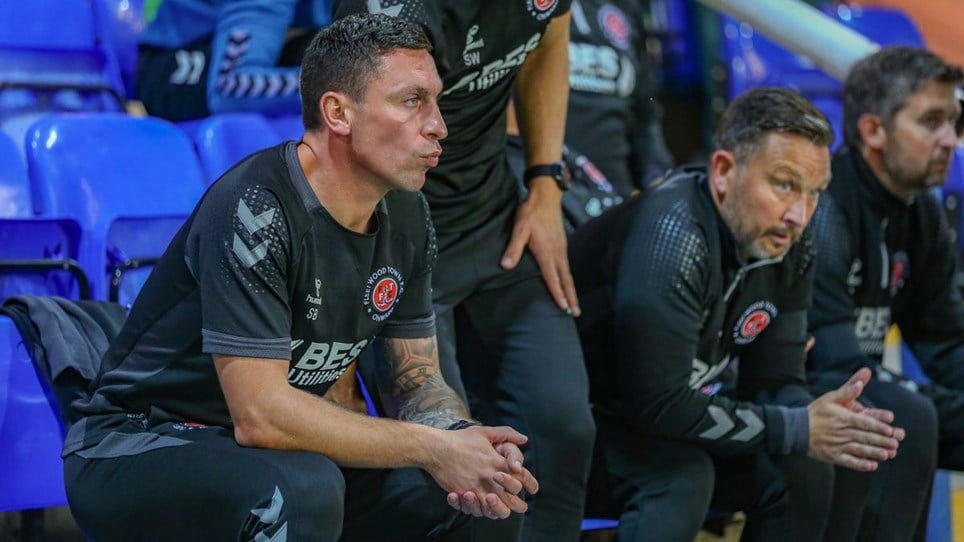