Goalkeeper Alex Cairns sat down with the press yesterday afternoon and looked ahead to Fleetwood Town’s next Sky Bet League One fixture, which is against Accrington Stanley at Highbury.

Cairns, who is the leading EFL appearance maker for the Cods, was pivotal in the 1-1 draw against Lincoln City last time out as he pulled off three game-changing saves throughout the 90 minutes to ensure Fleetwood would come away with a point from the tight clash.

Here’s what Alex had to say in his interview:

On Accrington coming to Highbury…

“Every team that you come up against will always pose a threat and we know Accrington will be a good side. They’ve been comfortable in this division for a long time, we will just make sure we are the best version of ourselves and whatever happens, happens at the weekend – we know we are fighting for three points, and we’re going to try and get them.

“I thought we were excellent as we have been for the last couple of weeks so as much as we are disappointed with the draw [against Lincoln City], we’ve still got a point which sends us in the right direction.

"After the game, we were all looking straight to the weekend and weren’t dwelling on it. There are loads of positives to take from the result and we will take all of those into this weekend.”

On the talent of the younger players…

“This young group, the way they’ve been brought up at Fleetwood through the Academy system, they’ve been given an identity already and know the process so when they’ve come into the fold, it’s been an easy step for them.

"The group we’ve got as well will help them be the best version of themselves because we know how talented the young boys are. It’s up to us as experienced pros to get the most out of them as well as looking after our own game as well.

"For these young players, they will get no better value than being in the position we are now, as you get to see the scrap at the bottom end so, hopefully, next season, we will be fighting the top end so they can see both sides of the game.

“You look at the likes of Cian Hayes, he’s an example, as we know how good he is on the ball, he’s unbelievably gifted and probably one of the best dribblers in the division in terms of getting at people. If we can give him that full confidence, he could go out and do what he does in training every day and keeps us in the division – they’ve got that standard of ability.”

On the impact the fans could make at the weekend…

“In positions like we are in, the fan base probably doesn’t understand how big of a part they have to play, they were brilliant on Tuesday night again, and were amazing at Crewe – they were the only people I heard throughout the game. in this position, they are a crucial part of this group as the players don’t want to be in this position, and we know the fans don’t either, but we are and we need to come out of it together.

“The fans will play a massive part in the rest of the season. You might say it is a small gain, but the small gains are everything as they are things nobody sees or thinks that they matter, but they do, even more so than the big things. If you can keep nudging forwards one percent every week, it’s going to be massive come the end of the season because we could turn draws into wins and defeats into draws, or wins.” 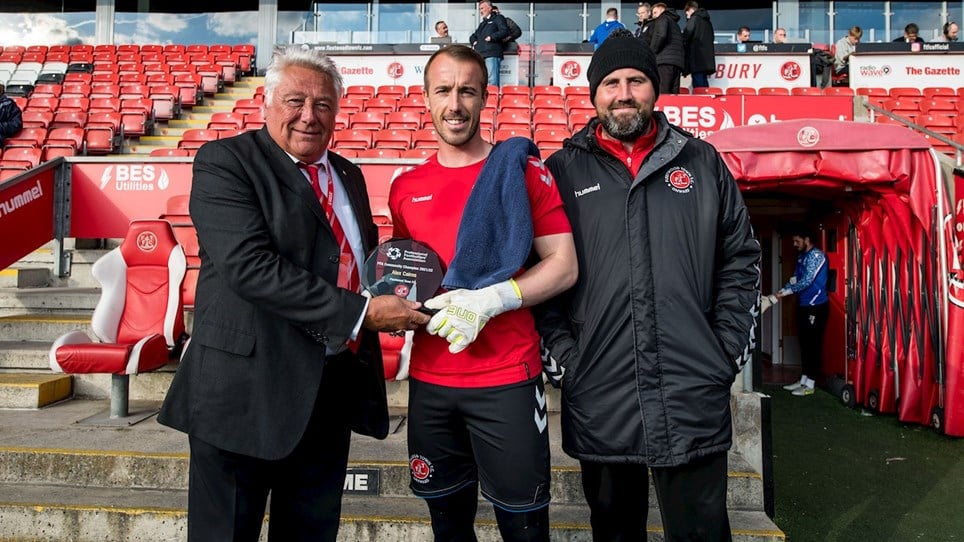 
Fleetwood Town are delighted to announce Alex Cairns has been named the club’s PFA Community Player of the Year for the 2021/22 season. 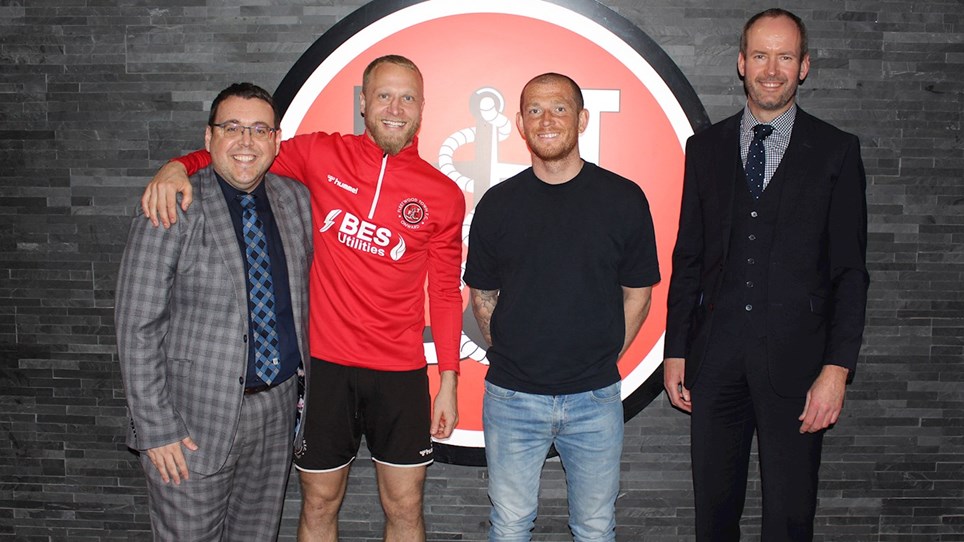 Town players meet their sponsors once again at Poolfoot Farm!


Fleetwood Town’s first-team squad met up with their Fan Sponsors on Tuesday afternoon after training and had lunch with them at Poolfoot Farm. 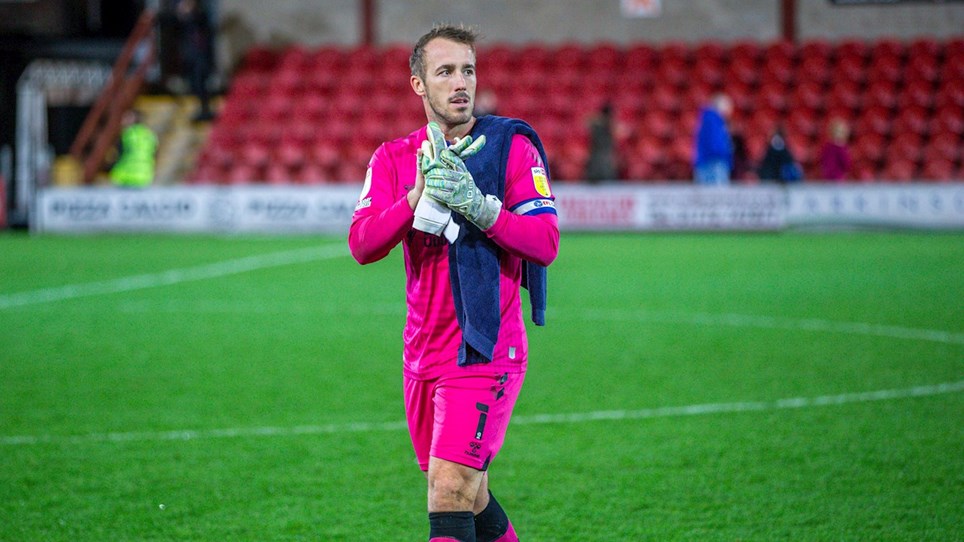 
Goalkeeper Alex Cairns sat down with the press and looked ahead to this weekend’s tie against Portsmouth, whilst also looking back on his time at the club with a big milestone fast approaching. 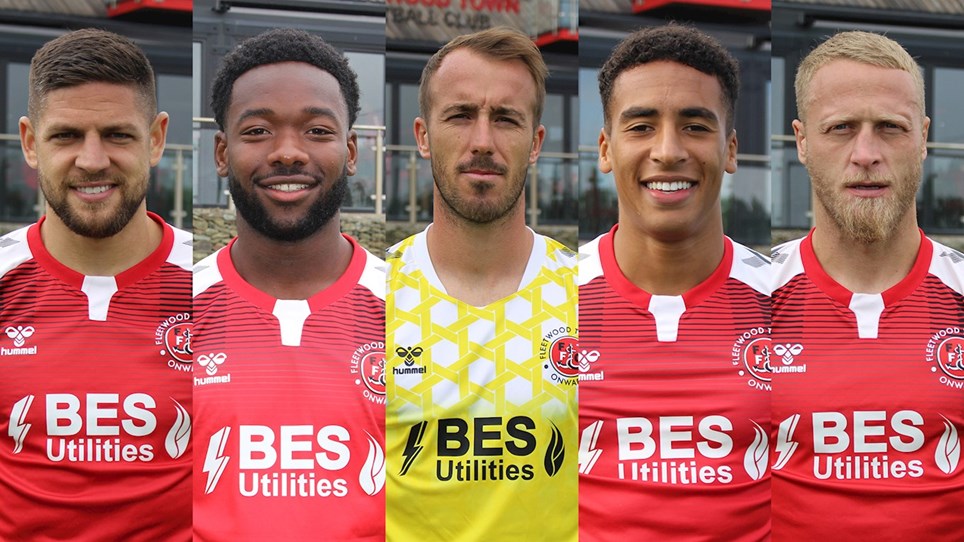