Head Coach Simon Grayson spoke to the local media ahead of his side’s Sky Bet League One fixture against Cambridge United at the Abbey Stadium on Saturday.

Grayson’s squad are currently unbeaten in the last five fixtures (all competitions) where last time out he saw his side fight back late to share the points with Sunderland as he is hoping his side can build on that resilience as Fleetwood travel to newly-promoted Cambridge United.

On his strikers’ new-found form…

“The biggest problem originally with Callum (Morton) was that he didn’t have a proper pre-season which resulted in him playing catch-up the first few games of the season where he came to us not 100% match fit.

“We gave Morton that run of games and the belief in the Papa John’s Trophy because I could see he was getting physically and mentally stronger he’s got the hat-trick and it’s resulted in goals since.”

On different ways to get results…

“I would like to win games 1-0, 2-0, and 3-0 but it’s part and parcel of football where that doesn’t happen, however, it does entertain people because you are scoring goals and you’re finding different ways to get into the winning position.

“Going a goal in front does help you to win games but on the flip side of that your group has to still have something about them character-wise as our last two games I feel you could not have picked two harder games to go a few goals down to come back and get points from, but in the end we did.”

“It’s full credit to the players, the belief and mental strength that they show to use their ability to get something out of every game- our players never let their heads drop- even if we go a few goals behind because as a club we want to see every player give everything to the final whistle win, lose or draw.

“If you touch on the resolve of our group its an attitude going a few goals behind gives because it’s the togetherness of the football club and the supporters and the atmosphere when we got our penalty against Sunderland it was fantastic, even our support at Rotherham and the ones spending their money on travelling to Cheltenham, we want to give the supporters something to cheer about.”

On the league clash ahead…

“Cambridge are a team like many other newly-promoted sides that early on in the season they gain momentum and know how to win games because they have the togetherness they had last season in their successful campaign in League Two.

“We know it’s going to be a really tough test for us, they have some good players who play a good game and are a handful but they do have a togetherness and a spirit because you don’t get promoted without those final qualities.” 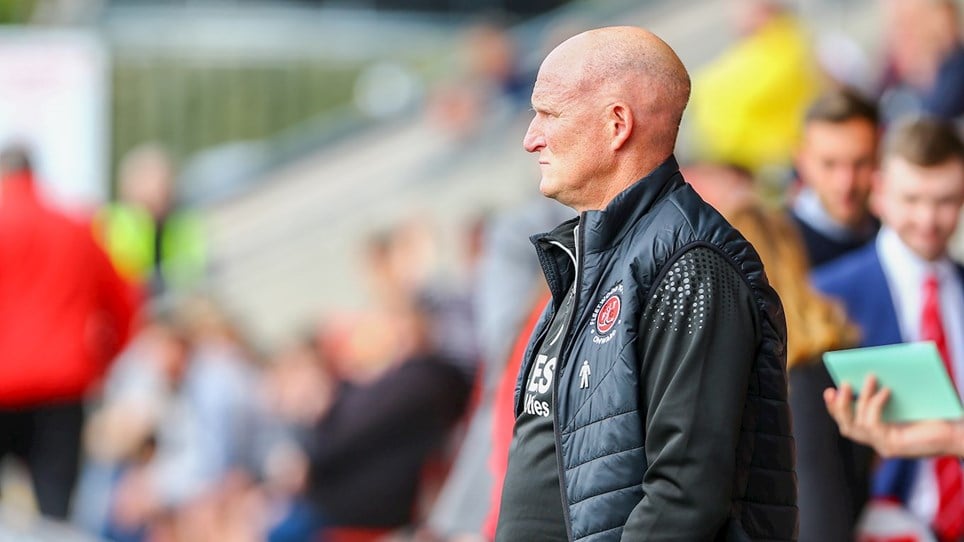