Forward Joe Garner spoke to the press after he came on and was an influential substitute in Fleetwood Town's 2-2 draw with Sunderland at Highbury on Saturday.

Town went two goals down but came back in the second half twice to mean the points were shared in what was a fiesty affair on the Fylde Coast - Garner came on at half-time and led by example at the top of the pitch using his experience to set the tone for the rest of the team which paid dividends as Ged Garner's penalty in the final minute meant the Cod Army took a point home.

Here's what he had to say:

"It was a great game and hopefully the fans can go home happy seeing an end to end game with lots of goals, we spoke in the changing room after the game and we are happy that we have come away with a point - we could have won with the chances we had, but overall a draw is a fair result.

"To be fair though we are a bit disappointed with the chances that we did have, in the end it could have gone either way but Ged (Garner) has a great left foot on him and we are always confident in him that he is going to put the ball away and he has done in front of the home fans."

On the teams' resilient character...

"We know Sunderland will be right up there come the end of the season, Rotherham will also be right up there but we have taken four points from two games against two good sides - it gives us confidence because we are a tight group where the gaffer has us all working really hard through the week.

"We don't need to put pressure on ourselves, the club knows the league and the staff knows the league, we know we need to take it game by game and then see where we are at the end of the season, it's a long season ahead, we're happy with the result today but we need to keep a steady way."

"There is some very good youngsters here, Paddy Lane is one of them and he got the assist today for our first goal and he was involved in the build-up for the second, fair play to him, he's a good kid and he is going to keep working hard because he is a good lad to have around the place."

On his first Highbury appearance...

"I haven't played in front of fans for a long time, even when I was in Cyprus there was no fans there so today it was the first time I have been out there with fans, it was brilliant to be out there because they can go home this weekend happy with a good game.

"The more we work together partnerships are going to build and I hope the fans can see that because we all believe in each other, when we went behind in the Rotherham game last week and then today's game as well not many teams will do that week in week out this year." 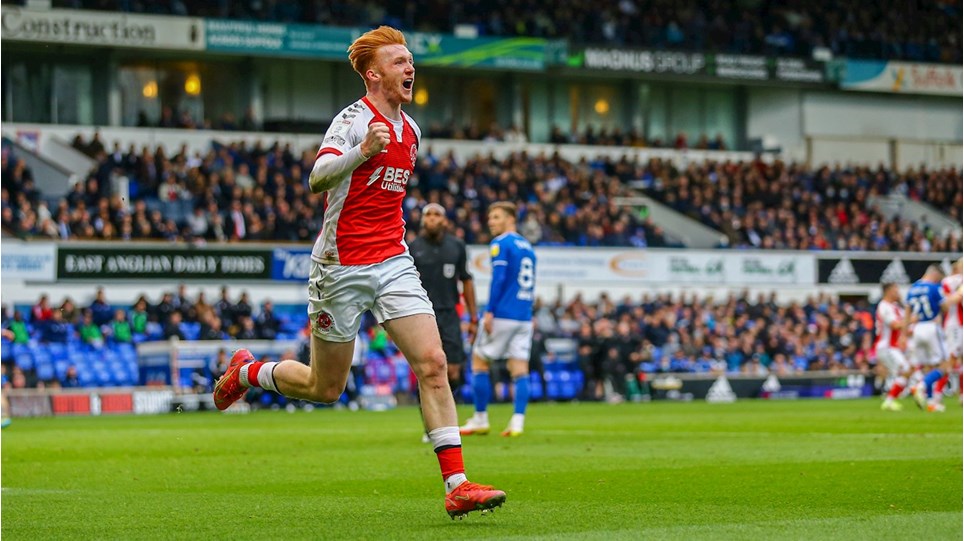 Morton: That’s one of my better goals this season


Forward Callum Morton spoke to the media after Fleetwood Town’s defeat to Ipswich Town on Saturday afternoon at Portman Road.