Callum Johnson on scoring his third goal of the season | Interview

Defender Callum Johnson spoke to the press after he scored his second goal in three games to equalise late on, earning his side a point against AFC Wimbledon at Plough Lane.

Johnson - who also found the back of the net in our last home clash against Morecambe - netted the second goal of the day down south, adding on to Ged Garner’s opener, which secured Stephen Crainey’s first point as Interim Head Coach.

“I think we’ve got to take it as a positive, obviously we’ve got a point, but we’d have liked three. I think in the first-half we were much the better team, the disallowed goal gave the crowd a bit of a lift but we still managed to go ahead.”

“I think it’s just about when we are under pressure and dealing with it and trying not to concede, their crowd got behind them and we gave them a bit of a leg up, but luckily we’ve managed to pull it back and get a draw and that’s something to build on.”

“I’ve scored three now for the season. I just saw it coming in and I jumped up, I think it was Ollie Palmer who was marking me, their striker who is about six foot seven.

“Obviously, it helps the team and I think after the goal, in the last 10 minutes, it was only going to be us who scored, we were on the front foot and that goal quietened their crowd a bit and unfortunately we couldn’t get the winner but I’m happy to contribute. I’ll try my best to keep my goalscoring form going.

“I’m going forward for set plays now, all of my career I had been staying back for set pieces, but I’ve gone forward this year, that was the old gaffer’s decision to put me forward and I’ve come up with three so far, hopefully, I can get a few more.”

“We showed that character we showed earlier on in the season, I think we were the better team today, in large spells. Any team you play is going to have a spell where they’re on top and obviously, they did, they scored two goals in that spell and if we can try not to concede in those moments, I think we’ll climb the league.

“We’ve changed the shape, which is what the gaffer wants to play, and I thought we looked comfortable, obviously we conceded but we’re going to look at that and see what we need to do to stop it happening.

“I felt like we were quite solid, we had good control of the game in spells, hopefully, we can watch it back, see what we did well and also what we need to improve on, and take that into Tuesday night.”

Pilkington: Back-to-back wins and beating top of the table, brilliant 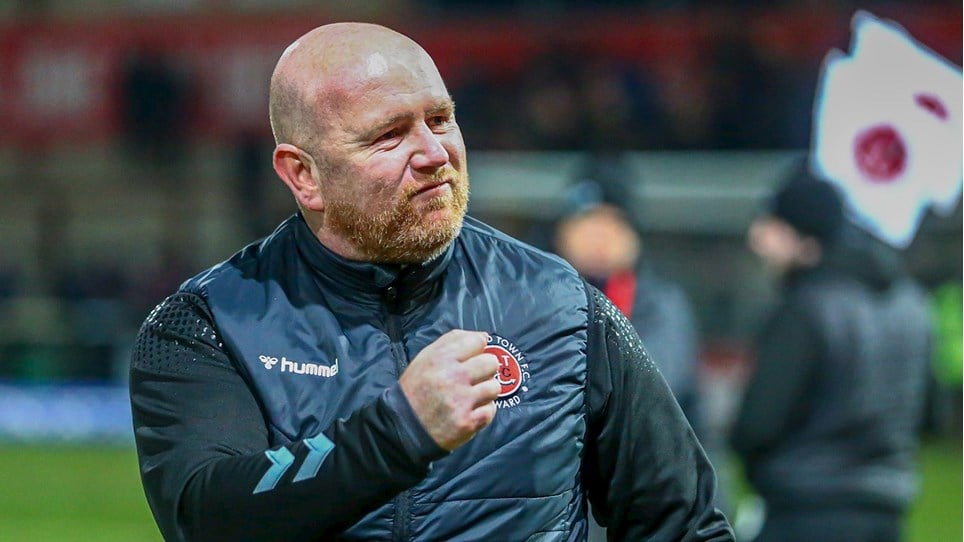 Jules: I want to get going and put some points on the board


New signing Zak Jules spoke to the club after joining the Cods from fellow Sky Bet League One side Milton Keynes Dons on loan for the rest of the 2021/22 season.