Fleetwood Town’s Development Squad won the first annual Clitheroe Football Festival after coming from behind to beat Accrington Stanley in the final on Sunday.

After finishing top of the group stage, Town’s youngsters went on to take on Accy’s youth team in the final stage of the competition at Shawbridge, which saw Fleetwood win out after goals from Carl Johnston and Akiel Raffie.

Accrington did take the lead in the game through a perfectly placed free-kick from Matty Carson, who also hit the woodwork from a set-piece soon after.

Johnston set Fleetwood level at the end of the first-half as Tom Hoyle played a lobbed through ball over the top, finding the Northern Irishman, who slotted the ball home comfortably.

With 20 minutes to go, the young Cods finally took the lead in the game, after dominating the possession for the majority of the game when Raffie fired into the bottom corner from the edge of the box.

Stephen Crainey, Development Squad Coach, said: “We got a lot out of it. The teams we have been playing against have been really physical, so to test the lads in that way has been really beneficial and hopefully, we can potentially do it again next year.

“We have been made very welcome from every time we've come over and it's been a joy and, hopefully, we can do it again at some point. I am prepping my lads for the next level, which is first-team level, and to get into that winning habit as early as they can is going to benefit them moving forward.

“Even though it's a wee tournament that you have provided it's great for their mentality and their mindset to strive to be the best they can and win at everything they do. That's one thing I drive every day in training, that winning mentality.” 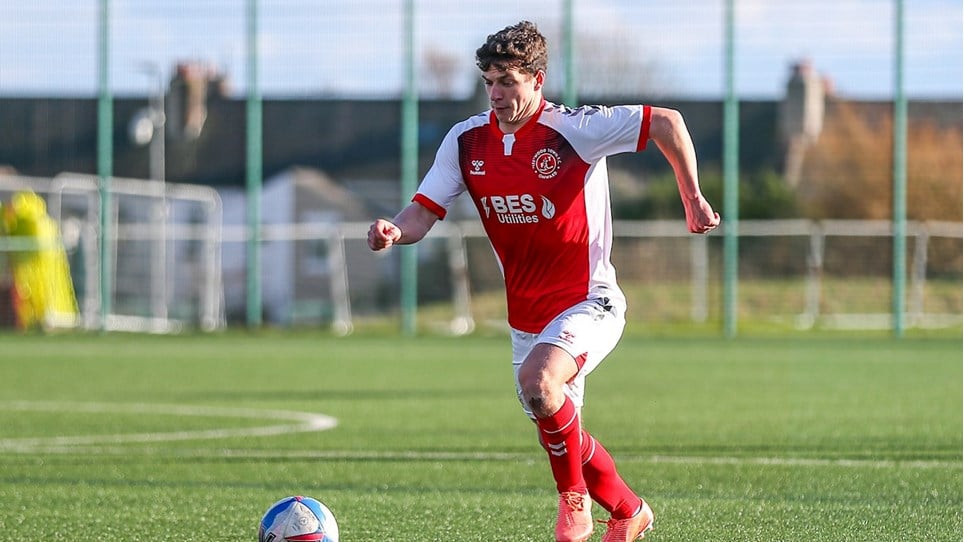 Report: Development Squad play out draw in friendly against Premier League side Burnley


Fleetwood Town’s Development Squad drew 2-2 with Premier League side Burnley at the Lancashire Football Association headquarters on Wednesday afternoon in a pre-arranged friendly. 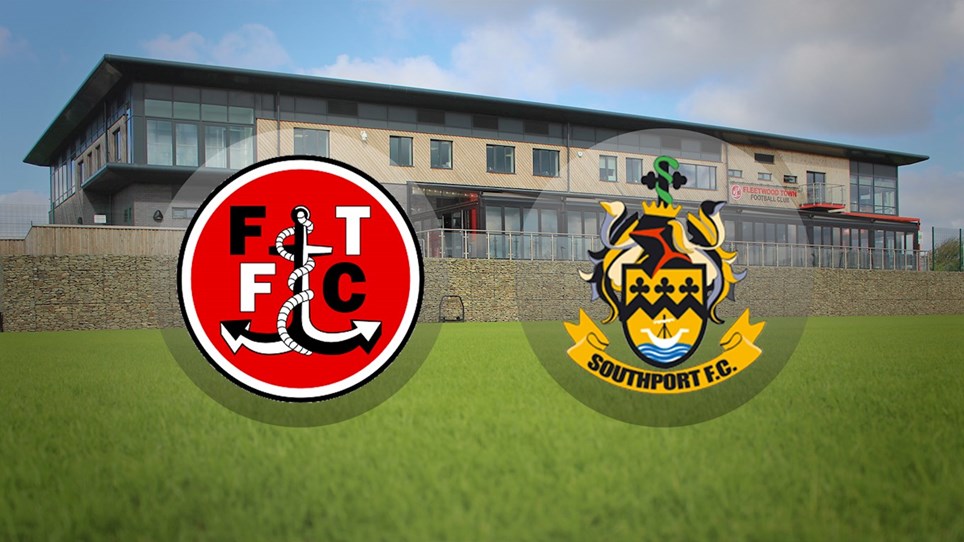 Development Squad set to play Southport at Poolfoot on Monday


Fleetwood Town’s Development Squad are set to face National League North side Southport at Poolfoot Farm on Monday at 1pm. 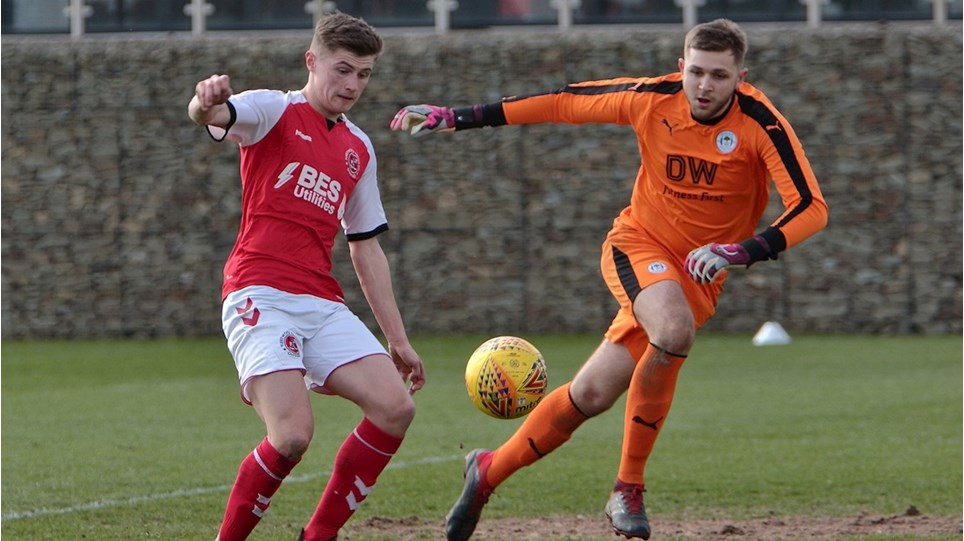 Under 23s and 18s lose out to Wigan Athletic


Both Fleetwood Town’s Under 23s and 18s fell to defeat against Wigan Athletic at Poolfoot Farm on Tuesday afternoon.


Fleetwood Town BTEC Student Jamie Hunter was put through his paces on last week, as he joined the Development Squad for a training session. 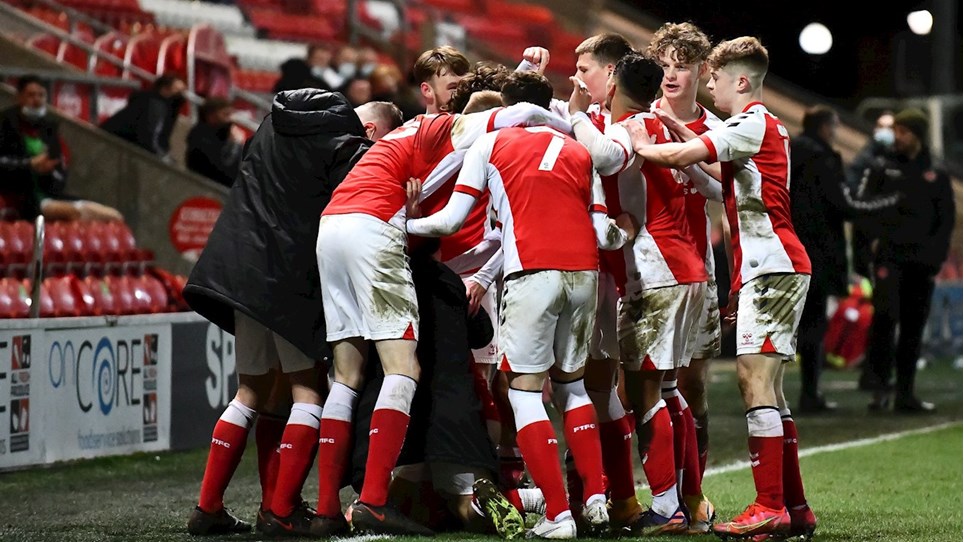 
Fleetwood Town’s Under-18s finished off the Youth Alliance season in style as they beat Salford City 4-1 at Highbury on Friday afternoon. 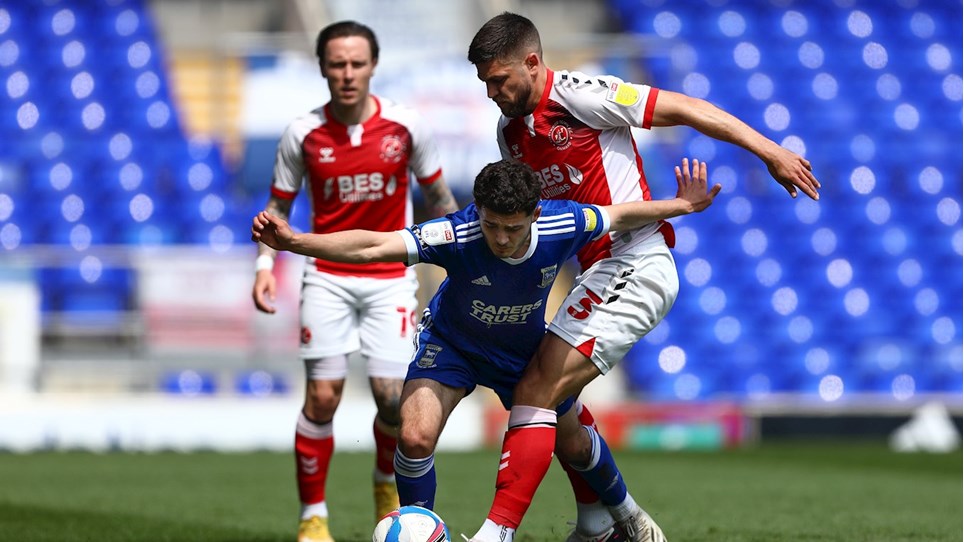 Report: Fleetwood finish season off with a loss to Ipswich


Fleetwood Town finished off their Sky Bet League One campaign on Sunday afternoon as they lost 3-1 to Ipswich Town at Portman Road. 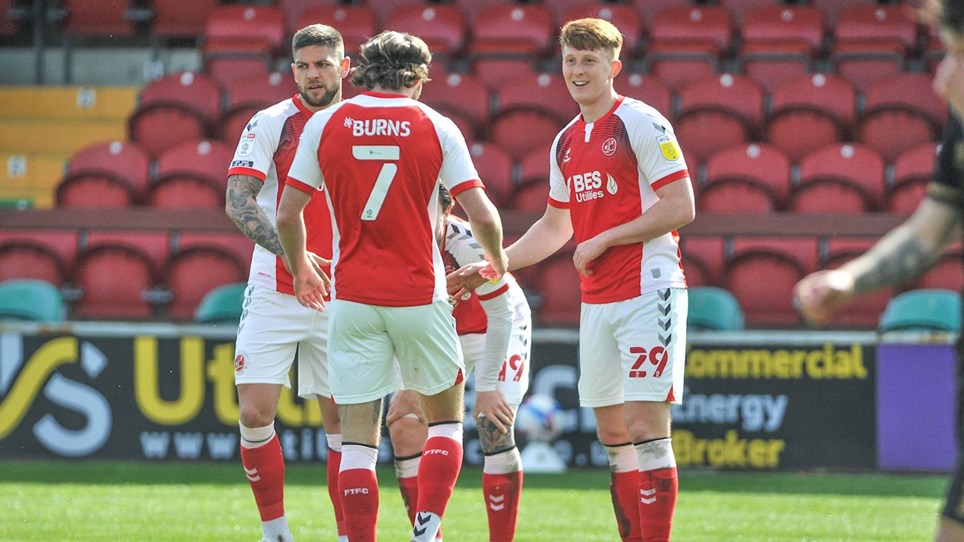 Report: Points shared with MK Dons in final Highbury clash of the season


Fleetwood Town ended up finishing their home campaign with a 1-1 draw against Milton Keynes Dons at Highbury on Saturday afternoon. 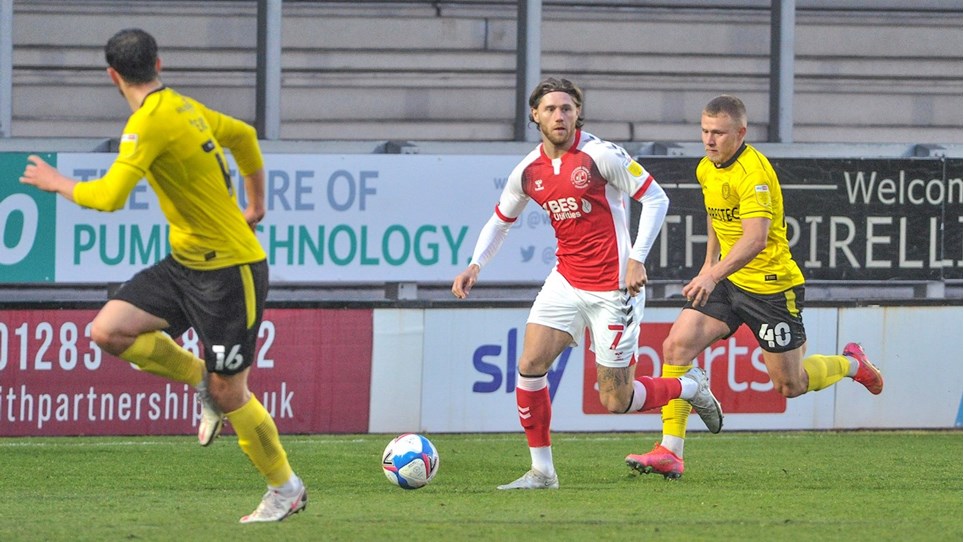 Report: Town lose out to Burton on tough night in Staffordshire


Fleetwood Town lost 5-2 to Burton Albion on Tuesday night at the Pirelli Stadium in Sky Bet League One.