Fleetwood Town’s Under 18s have brought up ten new first year scholars who have joined Simon Wiles’ squad ahead of the 2021/22 season.

The Under-18s had a very successful season last year as they managed to come out winner in the North West Youth Alliance, lifting the trophy at Highbury Stadium in May, as well as equalling their longest run in the FA Youth Cup, reaching the fourth round for the second year in a row.

The young Cods returned to training earlier on this week and are set to have a packed pre-season schedule throughout the summer.

In this article, we will introduce all ten of the new players: Rio joined the Fleetwood Academy as an Under-15 from Manchester United. A local Longridge lad, Rio consistently performed for the Under-16s in gaining his scholarship, even acting as a mentor to other goalkeepers. ​

Athletic and agile, Rio’s technique in his kicking and general shot-stopping are huge strengths as he begins his scholarship. ​Rio joined Fleetwood Town as an Under-16 which provided additional opportunities to show his potential in front of Simon Wiles.​ 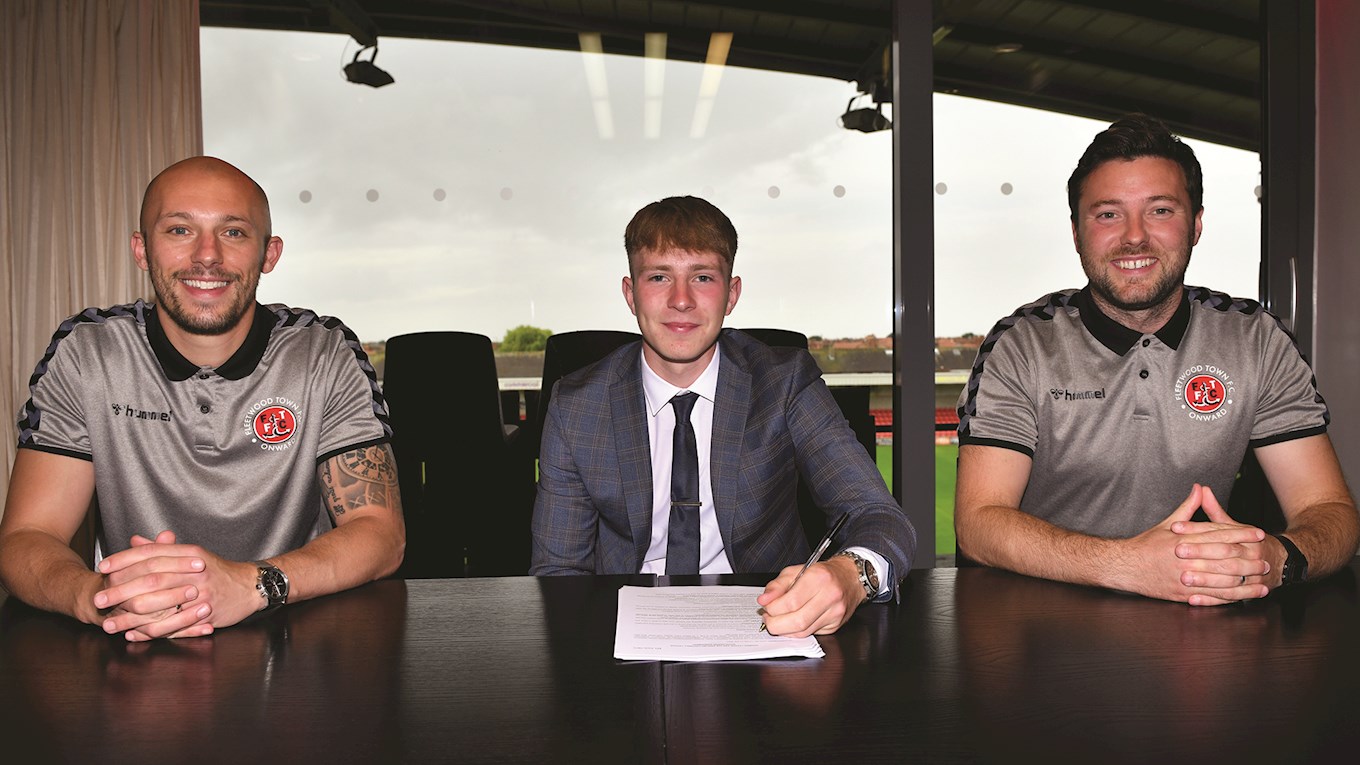 Brad joined the Fleetwood Town Academy as an Under-12 as a marauding left-winger with an eye for goal, before being converted to a left back role. ​

A hard-working, and dedicated young man, Brad joined the Under-18s squad on a Day Release Programme before making his debut as an Under-16. ​Originating from Bolton, Brad is an athletic and powerful full-back with a natural left foot.​ 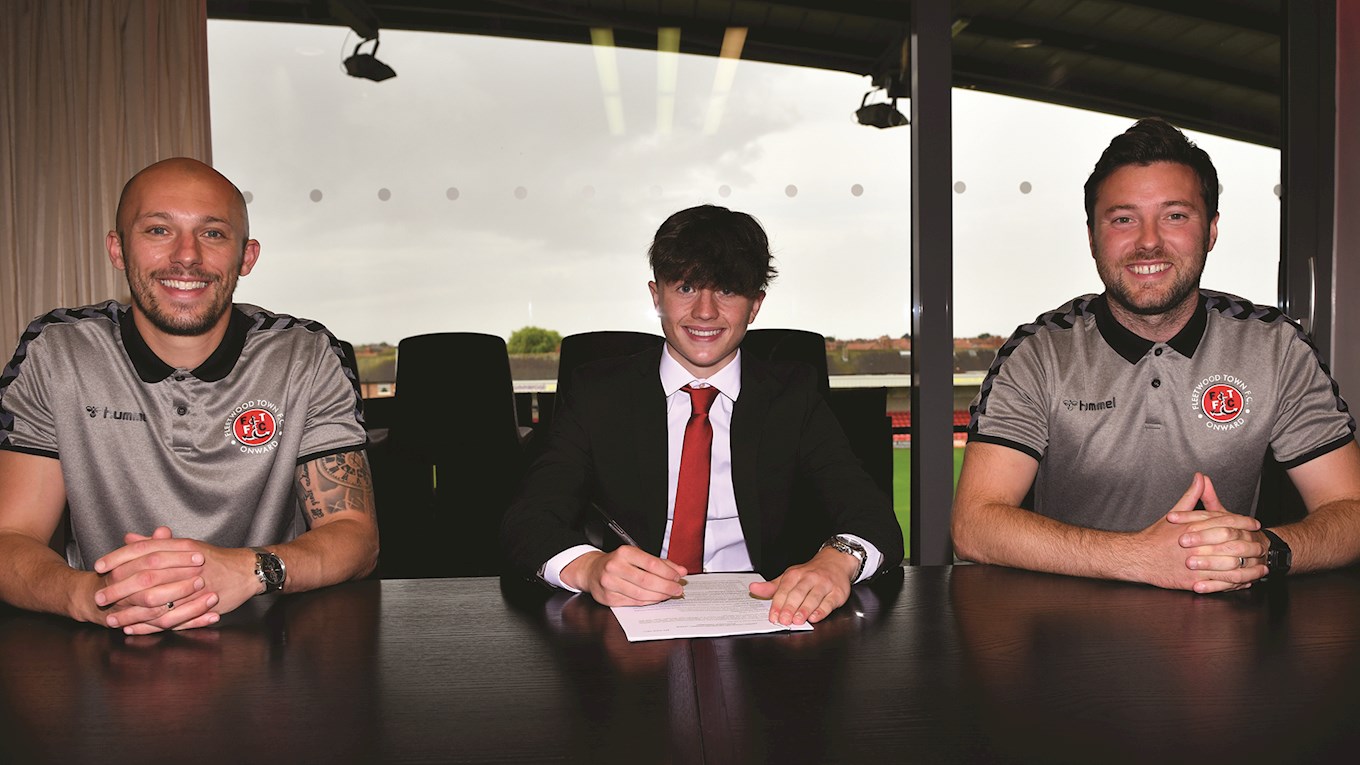 Joining at Under-12, Josh has been a consistent performer within the group across his years within the Academy. ​

A dedicated athlete, Josh possesses great game intelligence within the middle of the pitch, also showing his versatility to drop into different areas for the team, when needed.​

Josh joined the Fleetwood Town Day Release programme last year after making his debut for the Under-18s vs Carlisle as a substitute. ​ 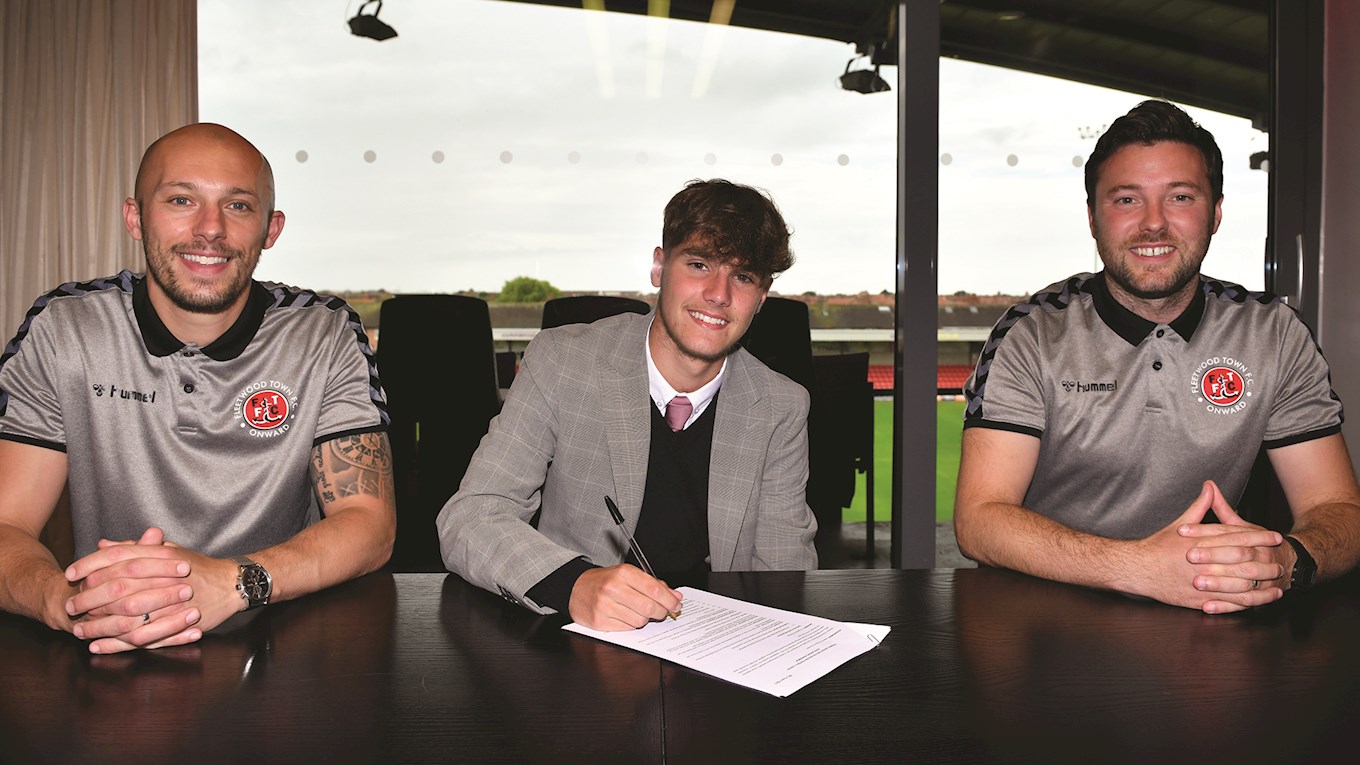 Kyle is a versatile midfielder who has been with the club since Under-13s. Comfortable playing in the middle, either side of midfield or even as a left-back, Kyle’s intelligent game understanding supports his versatility. ​

Residing from Wigan, Kyle has moved into the local area to begin his journey as a scholar at Fleetwood. His athleticism has already caught the eye in pre-season!​ 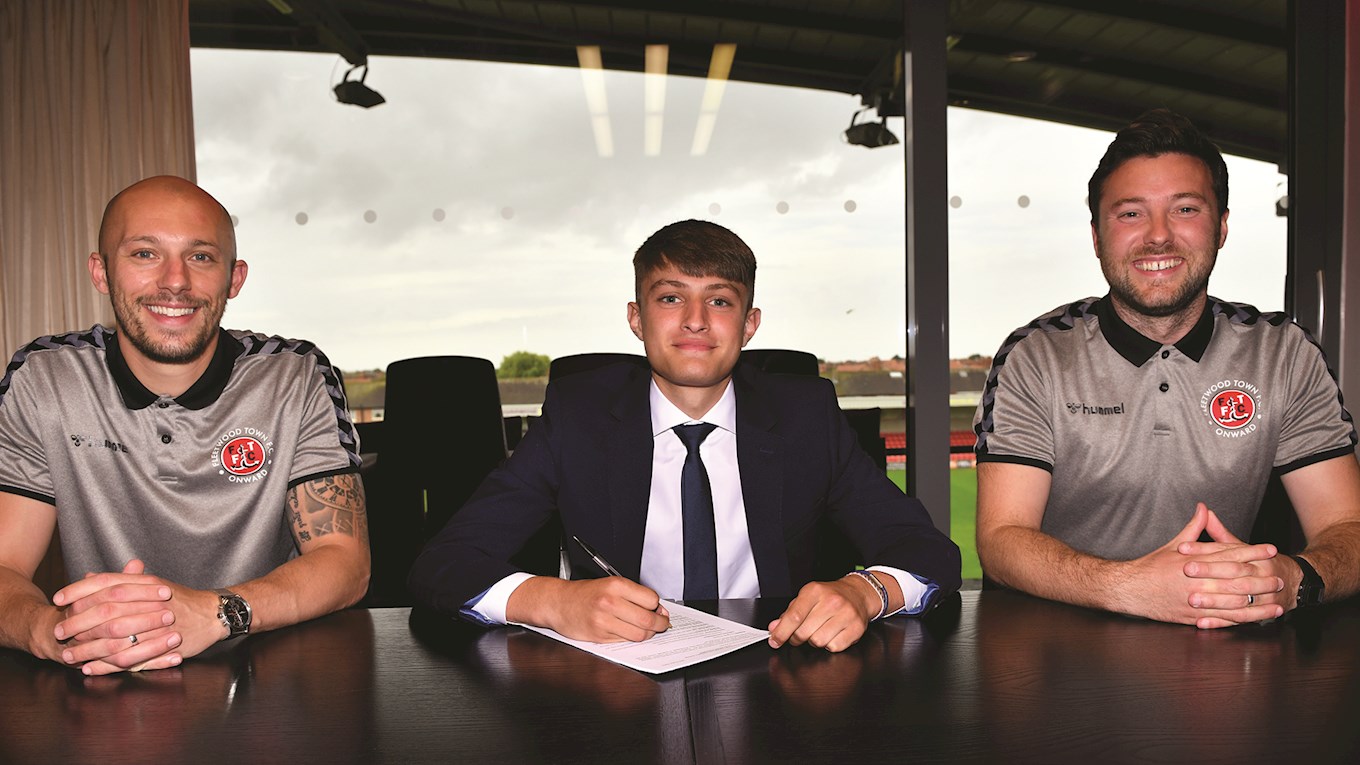 After a short trial period, he was offered a scholarship and despite interest from other clubs, he quickly decided to join Fleetwood Town on a scholarship contract.

Roman is a powerful full back who shows good technical ability going forward and sound defensive understanding, which impressed Under-18s coach Simon Wiles enough to give Roman his debut for the Under-18s in the 2020/21 season. ​ 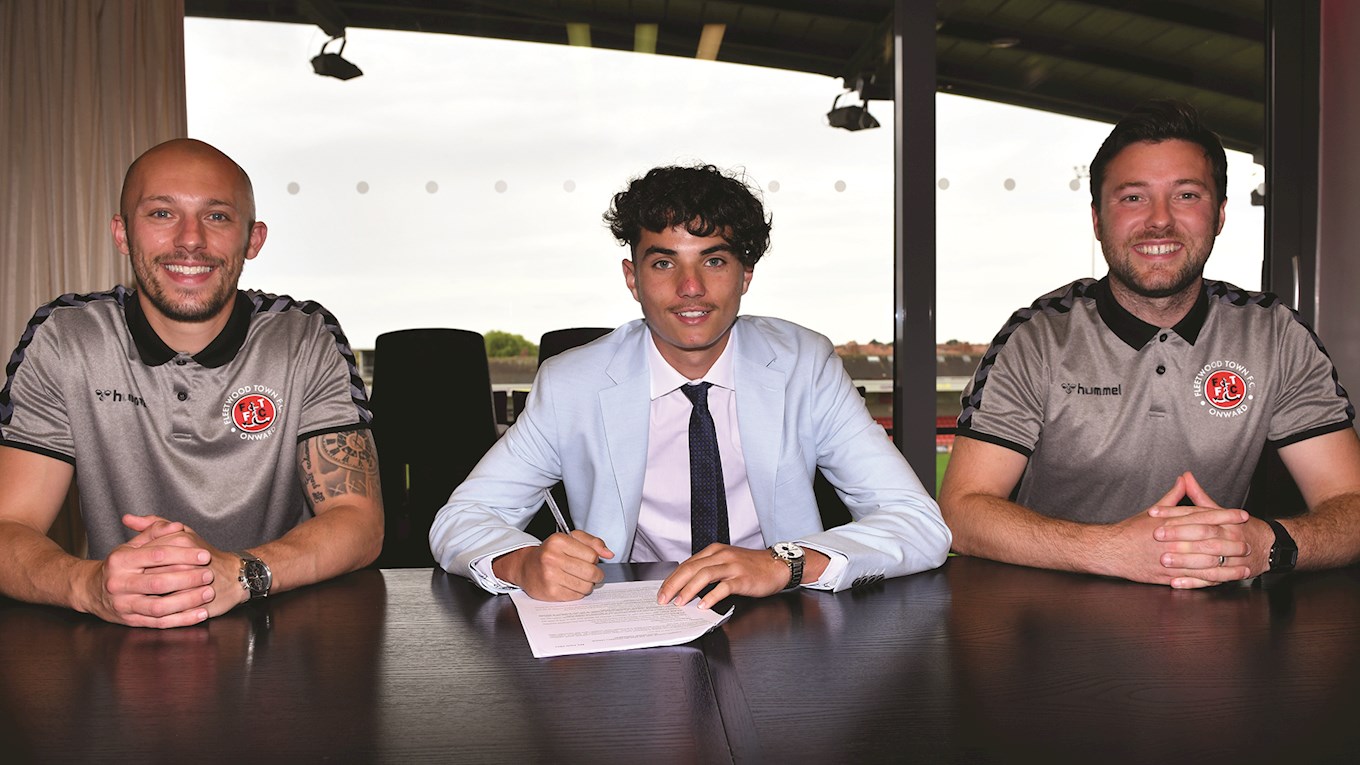 Zane has been tracked by the club since Under-12 when he signed for Stoke following Bury’s demise.

However, once he became available at Under-16 his signature was duly captured and again, we proved his choice of destination despite offers from other clubs.

Zane is a fast and tricky winger who has an eye for goal and has already showed these qualities for the Under-16s last season. Zane also made his Under-18s debut once he had completed his move to Fleetwood. ​ 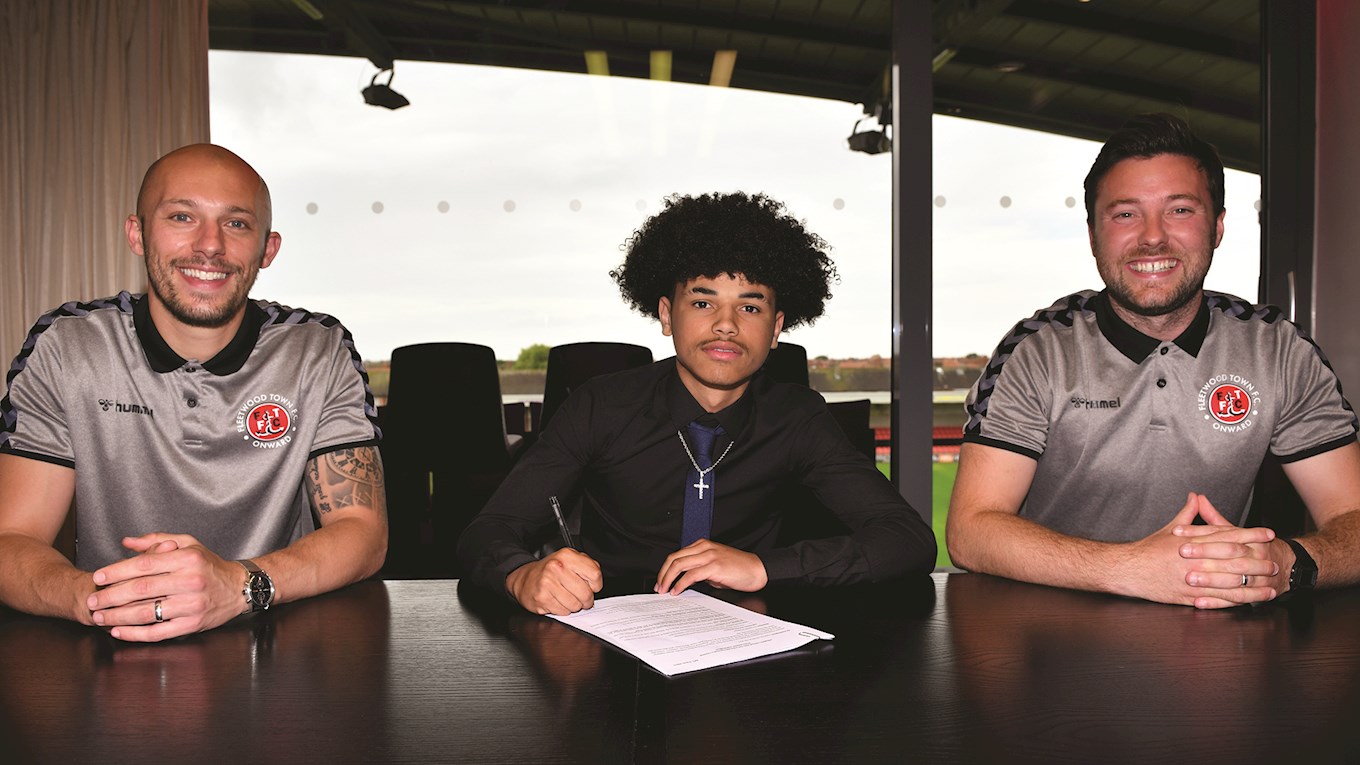 Pharrell has signed from Manchester United, where he has played since the age of 6.

Tracked during his Under-16s year, Fleetwood were delighted to sign him after he displayed his talents on trial and at the EFL Exit Trials at Egerton Youth Club.

A gifted and technical player with a low sense of gravity, Pharrell is a player with bags of potential and following his length of time at Manchester United there was no shortage of clubs chasing his signature. ​ 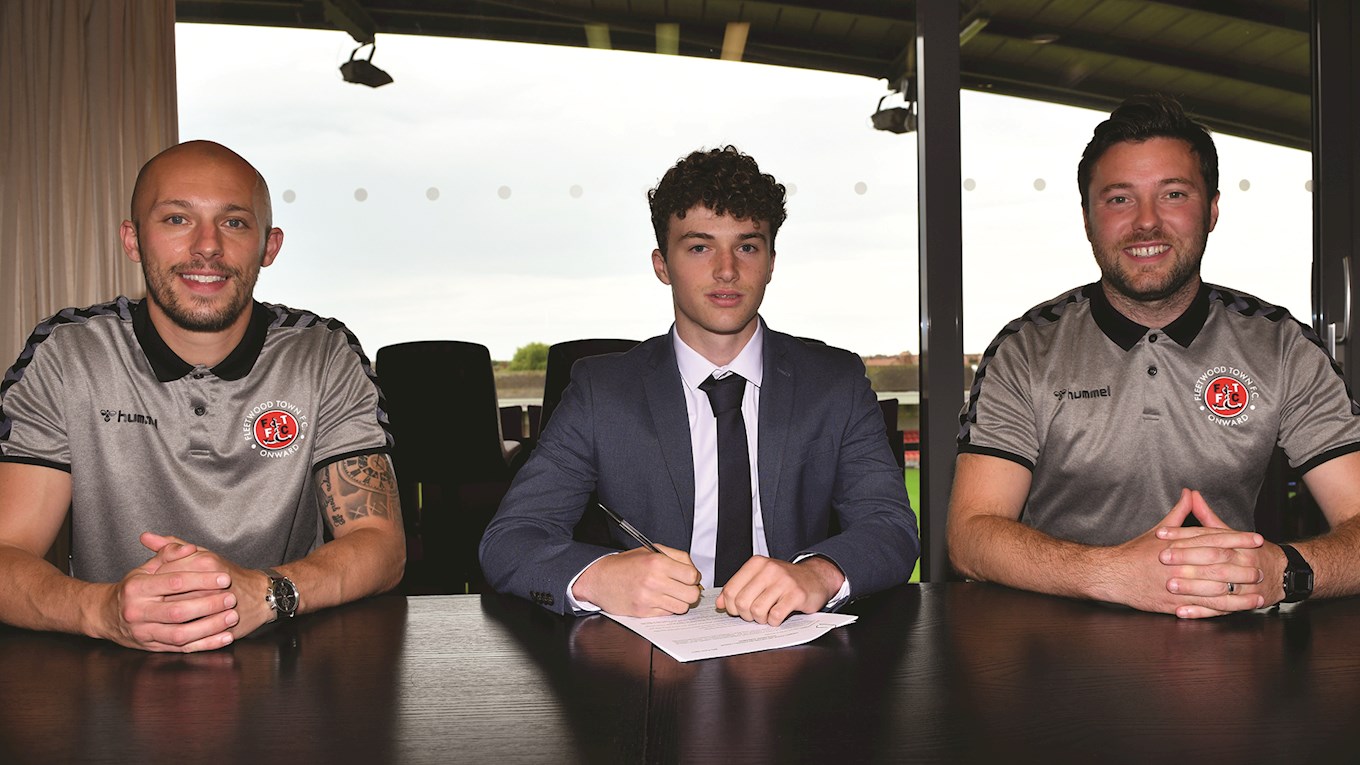 A late signing following his release by Everton, Billy is more than determined ever to put a season of injury behind him, which contributed towards his release from Everton.​

Billy immediately impressed on his first appearance after his lengthy lay off, which is testament to his attitude and desire to become a professional footballer.

Billy has an infectious work rate and the staff have been suitably impressed with his fitness ability and effort levels since completing his signature which was courted by other League One and Championship clubs. 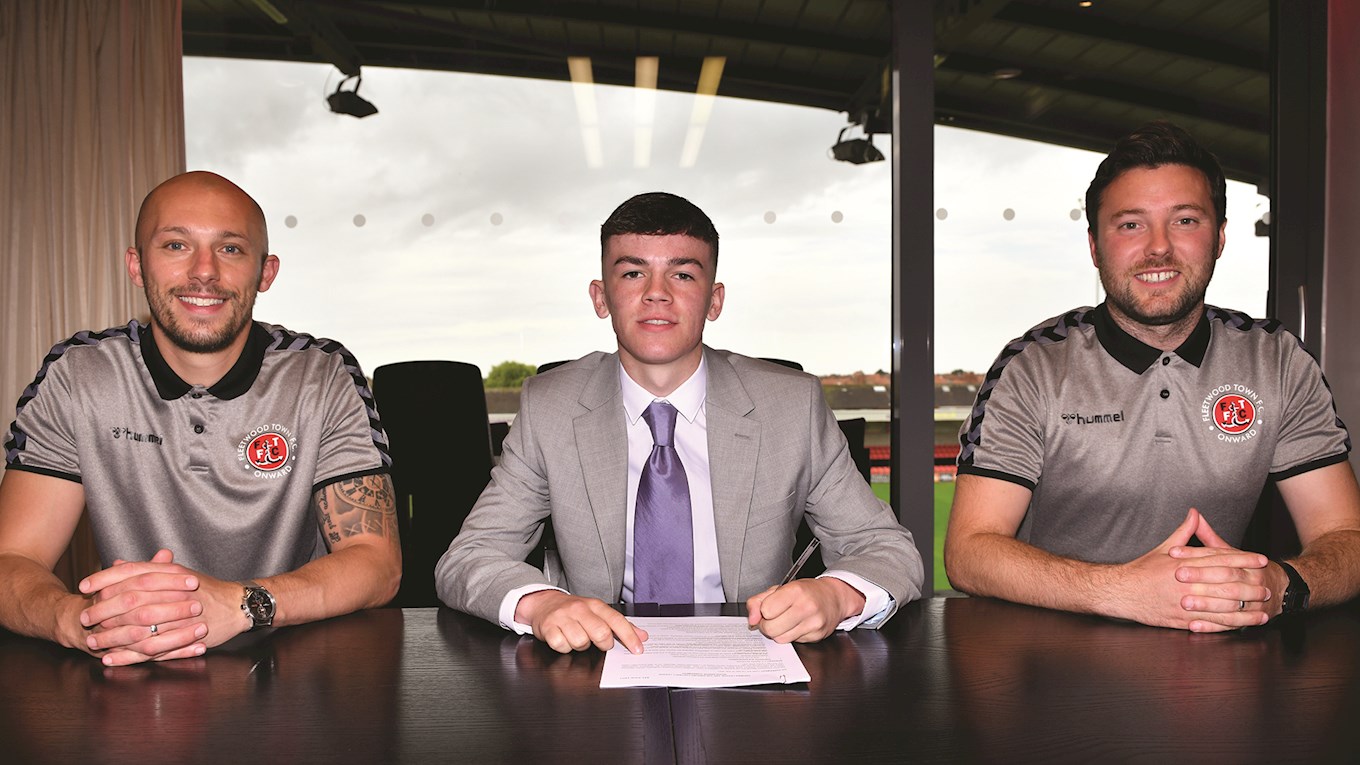 Harry is a hard-working striker with an eye for goal which was evident during his brief trial period, following his release by Everton.

Harry was suitably impressed by the facilities at our training base at Poolfoot Farm and little time was wasted once we offered him the opportunity to join the Cod Army.

An exciting talent who wants to improve and develop and he joined his ex-Everton teammate Billy Jones at the club.​ 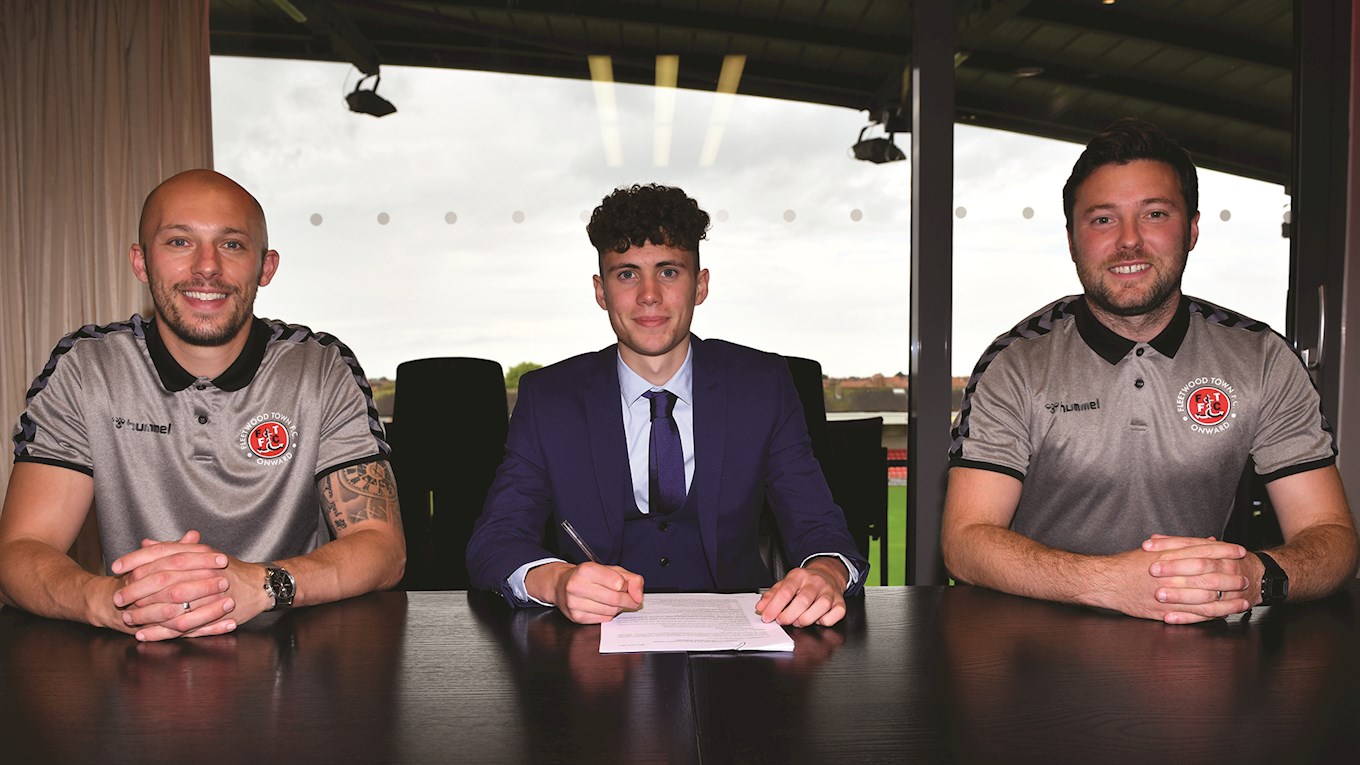 Ryan was a deadline day signature from Premier League club Aston Villa where has played since the age of 8.

Ryan is a versatile defender who impressed enough despite being injured for most of the Under-16s season and Fleetwood Town didn’t hesitate to complete his signature following his impressive performances on his return from injury. ​

Comfortable playing in either position, Ryan is an athletic defender that wants to defend on the front foot.​

On the new group of players, Fleetwood Town Head of Academy Coaching Matthew Lawlor said: “We are absolutely delighted to bring this group of scholars together for the next two years.

“With a mix of players coming from our own Academy and external Category 1 clubs, we are really excited not only by the group, but the individuals within the group and what they can achieve over the next period of their development. ​

“We feel this group will represent everything about our Academy and what we are looking to achieve at Fleetwood Town.” ​

Town’s Academy Manager, Jack Higgins, added: “We feel this group really showcases the progression the Academy has made in such a short space of time.

“For example, Brad and Josh were part of our very first Academy group, with Kyle joining shortly after, so to have three players come from grassroots football to become scholars is a fantastic achievement – not to mention Josh Feeney, who we’ve recently sold to Aston Villa. ​

“Added to that, the recruitment of Ryan, Roman, Pharrell, Billy, Harry and Zane just show our growing reputation and what a fantastic place Fleetwood Town is for the development of young players.​

“A huge congratulations to players and their families, we are really looking forward to watching them develop further.”