Fleetwood Town are set to travel to Stadium MK on Tuesday evening to face MK Dons in another Sky Bet League One clash.

The Cod Army have faced The Dons seven times in competitive fixtures, with Fleetwood winning two, Milton Keynes winning four, and the two sides have shared the points on only one occasion.

The last time these sides met, Fleetwood came away with a 1-0 win at Highbury Stadium back in October 2019.

The late goal from forward Ched Evans separated the two sides, in what was a deserved victory after a hugely dominating performance by the Cod Army.

Town created the majority of the chances in the game but had to wait until Evans came off the bench to break the deadlock and score his fourth goal of the 2019/20 campaign.

One trip to Stadium MK that sticks in the mind is from the 2016/17 season, when they came away with a 1-0 win over the Dons in a cagey affair.

Cian Bolger’s header was enough to secure all three points on the day, as he managed to rise highest get on the end of a George Glendon.

The win is a memorable one, not because of the score line, but it was the 16th game in a row the Cod Army went unbeaten in that season.

Simon Wiles' side are set to travel to Stadium MK on Tuesday evening to face MK Dons in a league clash - and you can watch the game for just £10! 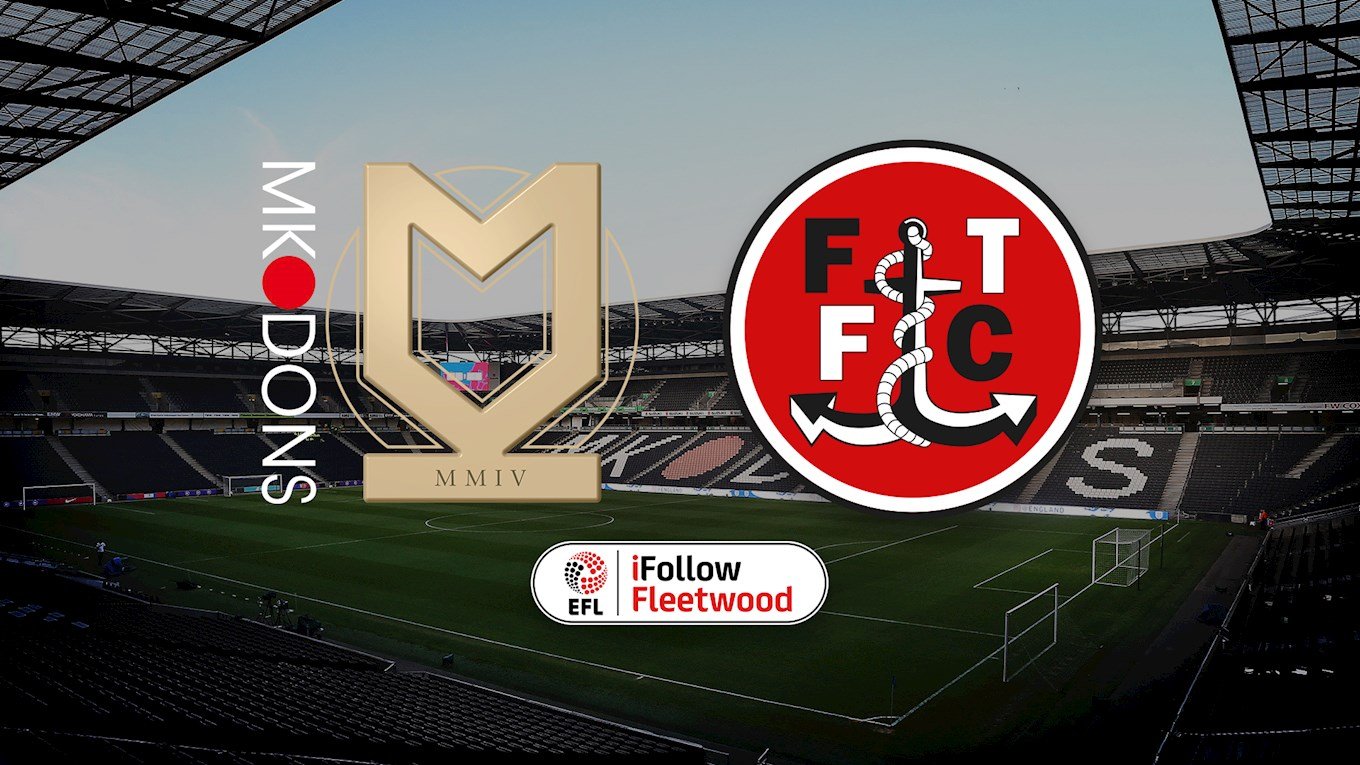