Fleetwood Town are set travel to Plough Lane on Monday afternoon to face AFC Wimbledon in another Sky Bet League One clash.

The Cod Army have faced the Dons 18 times in the Football League, with Town claiming maximum points in five of those.

LAST AWAY CLASH AGAINST THE WOMBLES

The last time these sides met in South London was in February 2020, when Town walked away with maximum points as the score finished 2-1 to the Cod Army at the Kingsmeadow Stadium.

Town went one goal to the good thanks to an own goal from Luke O’Neill, but the hosts responded and shortly after got an equaliser through Shane McLoughlin.  Paddy Madden got the crucial goal for the Cod Army though with nine minutes to go to ensure the points travelled back up North.

With the two sides meeting 18 times in the EFL, there have been some memorable fixtures in recent times with Town coming out victorious in five of those.

Back in January 2019, Fleetwood walked away with all three points in perfect fashion as 3-0 winners with a brace from Ched Evans and one from Ashley Hunter with seven minutes to go secured the win.

Simon Grayson's side are set to host AFC Wimbledon in a league clash at Plough Lane on Monday and you can watch the game for just £10! 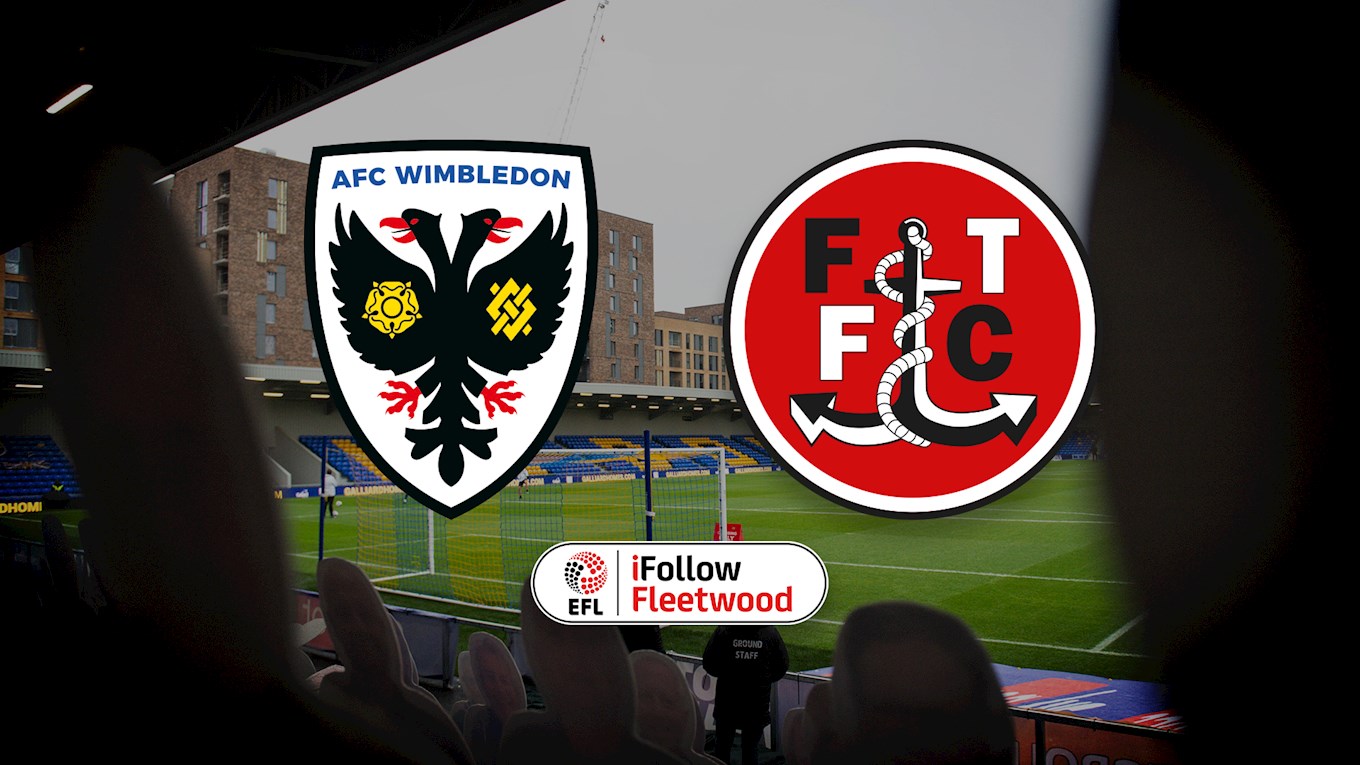