Fleetwood Town are set to welcome Port Vale to Highbury Stadium on Tuesday evening, for a second round Carabao Cup tie.

The Cod Army have faced the Valiants seven times in competitive fixtures, with both Fleetwood and Vale winning three, and the two sides have shared the points on two other occasions.

The last competitive fixture between the two sides came on the last day of the 2016/17 Sky Bet League One season, with Fleetwood securing a play-off spot after the goalless draw.

The last time we met, Fleetwood Town narrowly lost to Port Vale in a pre-season friendly at Poolfoot Farm on Tuesday 18 August.

The Cod Army played valiantly throughout their pre-season fixture and were unlucky not to get anything from the game. Harvey Saunders cancelled out Tom Conlon’s early strike before Rhys Brown converted the decisive penalty just before the half. 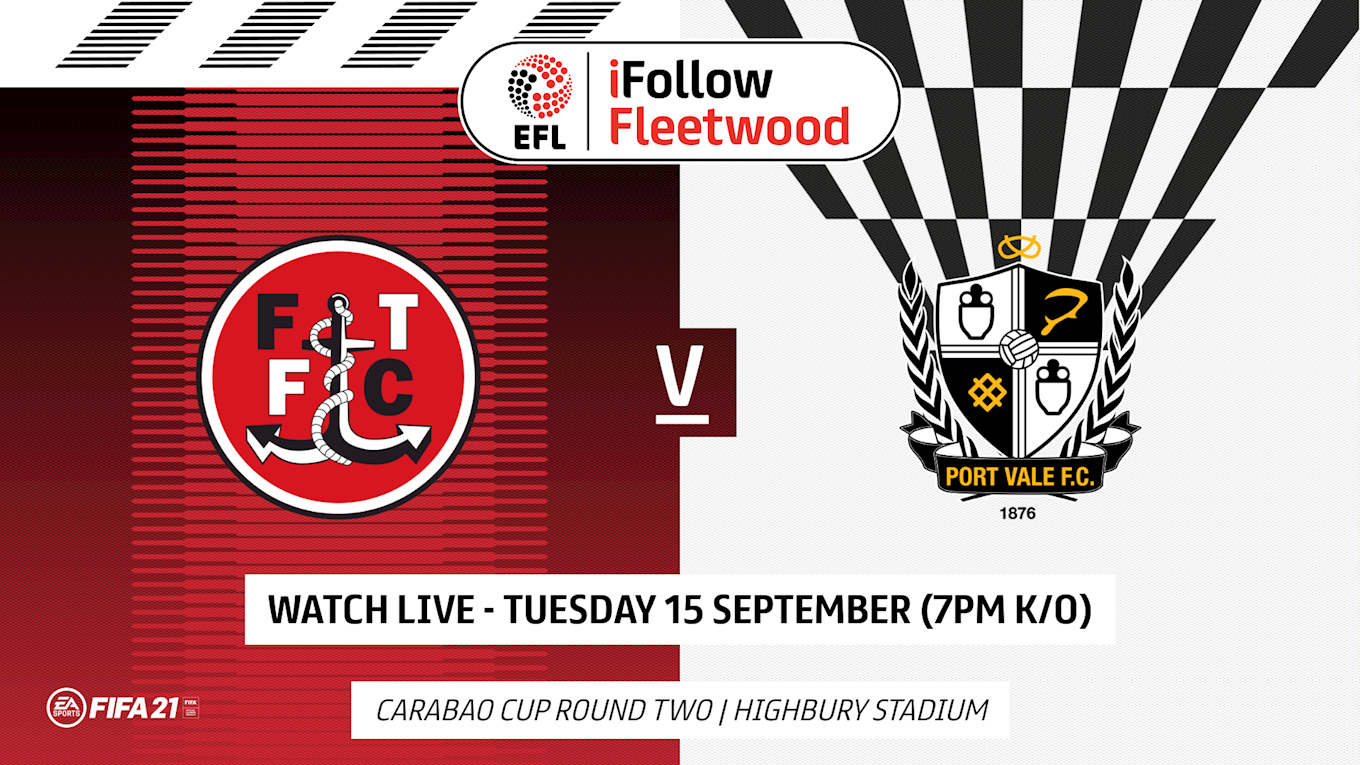