Fleetwood Town are set to travel to the Crown Oil Arena to face Rochdale on Saturday afternoon for another Sky Bet League One clash.

The Cod Army have faced Dale 18 times in competitive fixtures, with Fleetwood winning six of them, Peterborough winning four, and the two sides sharing the points on eight other occasions.

The last time the two sides met was a five-goal thriller on Boxing Day in 2019, which saw Fleetwood come away with all three points, after winning 3-2 on the day.

In an end-to-end match, Aaron Wilbraham headed Rochdale in front five minutes before the break, with Paddy Madden scoring from close range after Ched Evans’ header was saved by Robert Sanchez.

Wilbraham netted once more for the hosts with immediate effect, with goals from two substitutes, Kyle Dempsey and Wes Burns completing the comeback with two instinctive shots deep inside Rochdale's half.

One memorable fixture against Rochdale would have to be the 2-1 win back in August 2019 at Highbury Stadium.

Fleetwood came back from behind as the visitors grabbed the first goal of the afternoon in the eighth minute through Rekeil Pyke’s finish from six yards. The equaliser came through Danny Andrew, as the full-back was able to finish a low cross from Wes Burns!

It was a frustrating second half for Fleetwood as Rochdale continued to sit back and try to soak up the pressure from Town, However, in the 87th minute, a brilliant cross from Ash Hunter was guided into the net by Ched Evans.

Joey Barton's side head down to the Crown Oil Arena to face Rochdale on Saturday as they look to get back to winning ways - and you can watch the game against The Dale for just £10! 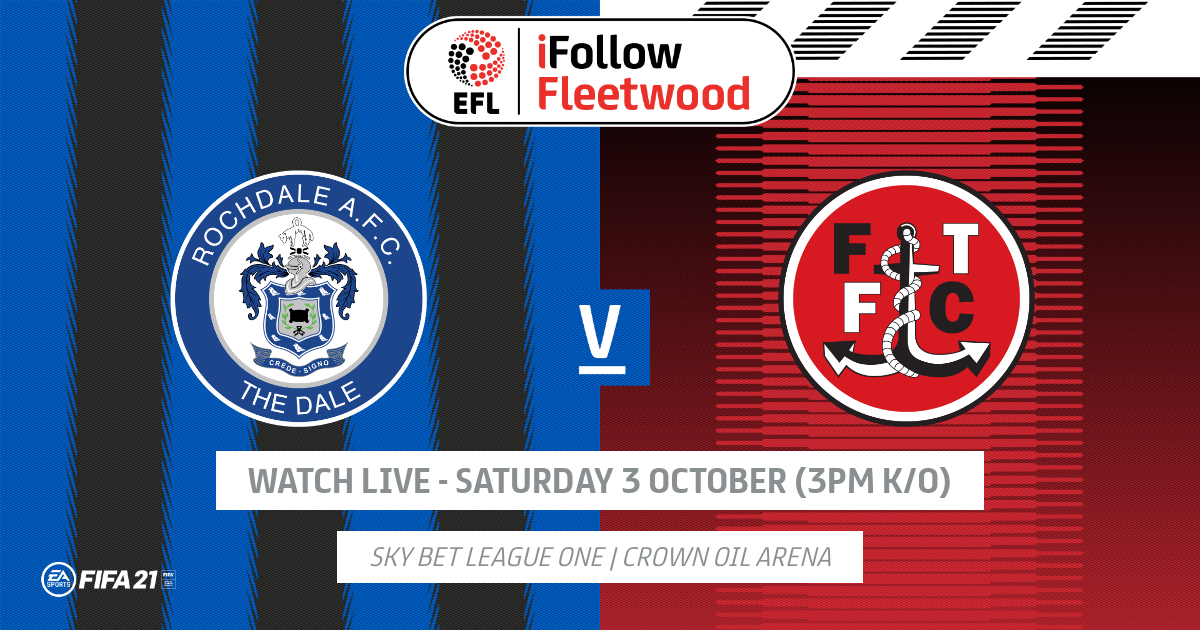