Head coach Joey Barton spoke to the press after his side battled in a 0-0 draw against Lincoln City at Highbury on Saturday afternoon.

The game was played mostly in the middle of the park until the final stages when Fleetwood started to press on. A few late chances troubled Alex Palmer in the Lincoln goal but none of them saw the deadlock broken before the final whistle.

Joey Barton’s side kept tight at the back throughout and managed to keep there second clean sheet in just three games, with new-signing Charlie Mulgrew coming off the bench to make his debut for the club.

Here is what Joey had to say after the game:

“I thought we finished the game strong and if anyone was going to win it, it was going to be us. We had a great chance at the end which saw their keeper make a great save. We could certainly play better. There are many aspects of the game we hope to improve, certainly into their territory and into their final third but really pleased with the clean sheet.

“Sam Stubbs came off with a bit of a problem. Obviously, Charlie (Mulgrew) has been a big statement signing from the football club so to get him introduced to the group as early as we did is quite nice. It is a blow for Stubbsy but he’ll be back.

“There’s a real good feel about the group and as I say we’d like to take the three points today but pleased with the clean sheet and it keeps that points tally ticking over and keeps that momentum to climb up the League One table.”

On Mulgrew and his debut…

“So to have somebody that’s got that vast experience and I thought you could see that when he came into the game, that composure and obviously the communication and the organisation will be massively beneficial to the young lads who play alongside him.

“They’ll learn from an international footballer who has captained football clubs and I think when you play with good players like that it always benefits your game.”

“I thought the defence, considering we’ve got a winger playing at right-back at the moment did well but we’ll hopefully we’ll have our new right-back, Tom Edwards with us on Monday, so we’re in a good spot.

“He (Jason Leutwiler) goes about his business very quietly, but he does the work he has to well. You don’t really want your keeper to be involved in the game but when he was called upon, he was excellent. It breathes confidence in a backline.

“I think Charlie looked the class act that we all know him to be, when he came on, I thought he gave a real composure to the backline and Harrison Holgate playing alongside him there, I thought he was outstanding as well. He moved from left centre half to right centre half and I thought they were really good especially as the game grew on."

Barton: We’ve got another tough fixture against Lincoln City


Head coach Joey Barton spoke to the press on Friday afternoon ahead of his side’s Sky Bet League One clash against Lincoln City at Highbury Stadium. 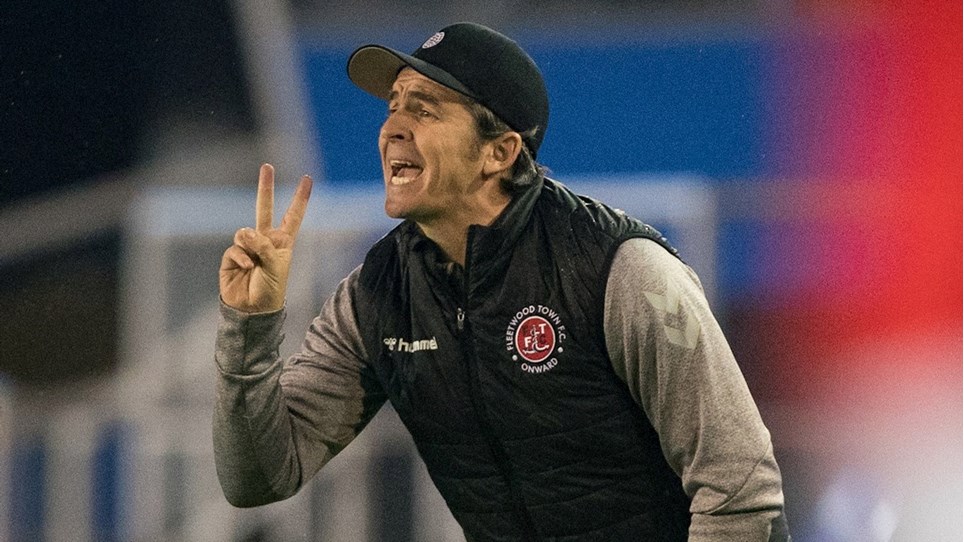 Barton: Adding a player of Mulgrew's quality will be enormous


Head coach Joey Barton revealed that the signing of experienced defender Charlie Mulgrew will hugely benefit his side for the rest of the Sky Bet League One season.