Fleetwood Town head coach Joey Barton has named an unchanged side once again, this time for the visit of local rivals Blackpool FC to Highbury Stadium.

Barton has picked the same eleven for the Fylde Coast derby match against the Seasiders. Danny Andrew will make his 50th EFL appearance for the Cod Army - which stretches over his two spells with the club.

Callum Connolly remains in the side despite going off after 15 minutes at Ipswich Town in midweek. Ched Evans starts on the bench after coming on for Connolly and scoring the winner against the Tractor Boys.

Here is how the Cod Army will lineup:

FOLLOW ALL THE ACTION ON IFOLLOW BY PURCHASHING YOUR MATCHDAY PASS HERE! 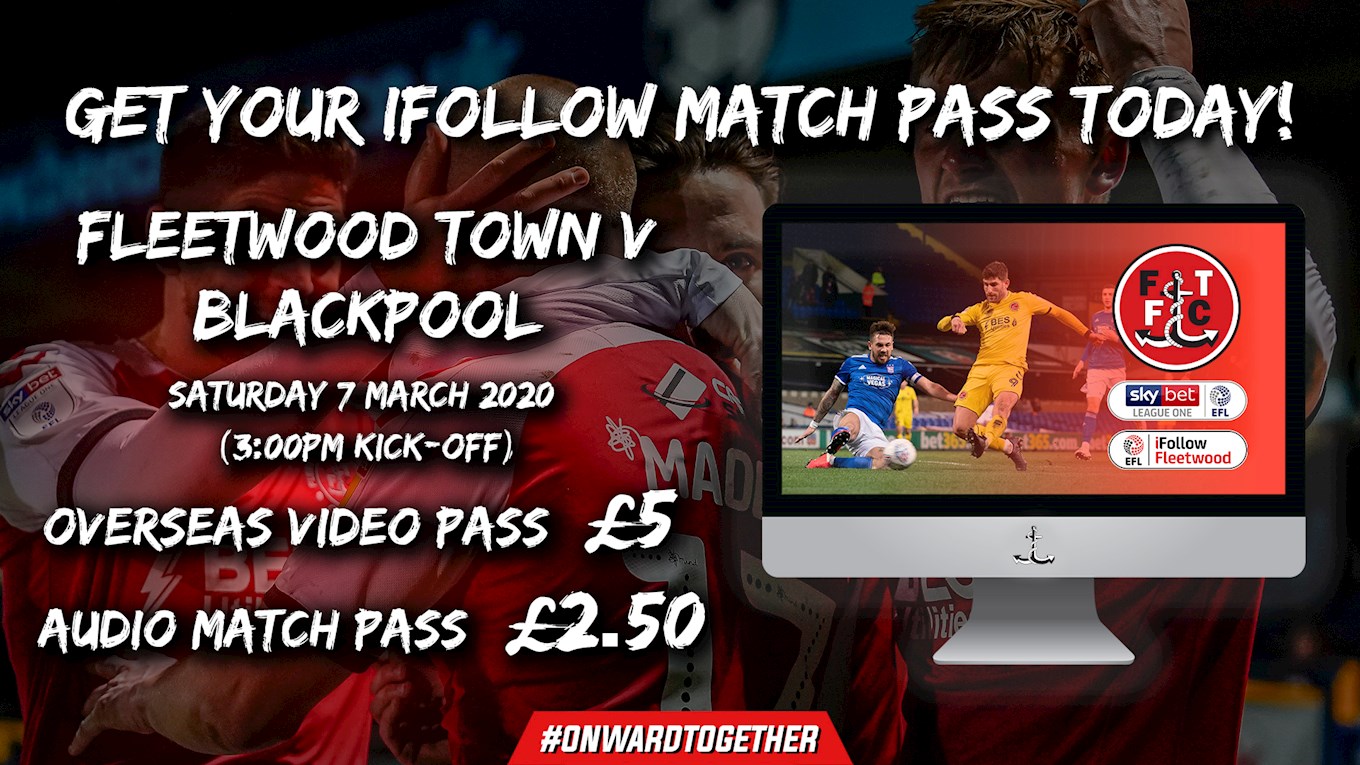