Fleetwood Town had a very special guest during their recent home fixture against Blackpool at Highbury Stadium on Saturday 7 March as part of the Level Playing Field campaign.

Local primary school student Ollie Loughran took part in his very own ‘match day experience’, where he had the opportunity to see behind the scenes of a typical match day at Fleetwood Town, as well as helping to assist a number of staff with their roles.

The match against the club’s nearest rivals was Fleetwood’s assigned game in support of the ‘Level Playing Field’ – a campaign that aims to promote a positive and inclusive experience for disabled sports fans as well as looking to ensure all fans attending and engaging with live sporting events have a positive impact.

Upon arrival at Highbury, Ollie met with Community Trust staff to help with the organisation of their mascots and Team of the Day. This included Ollie preparing the Games Room, making sure consoles, controllers and the room was in top condition come 12:30pm.

With it being derby day, tickets were in demand and young Ollie was able to help the team in the Ticket Office and Club Shop to serve customers who wanted to grab their seat before it was sold out. 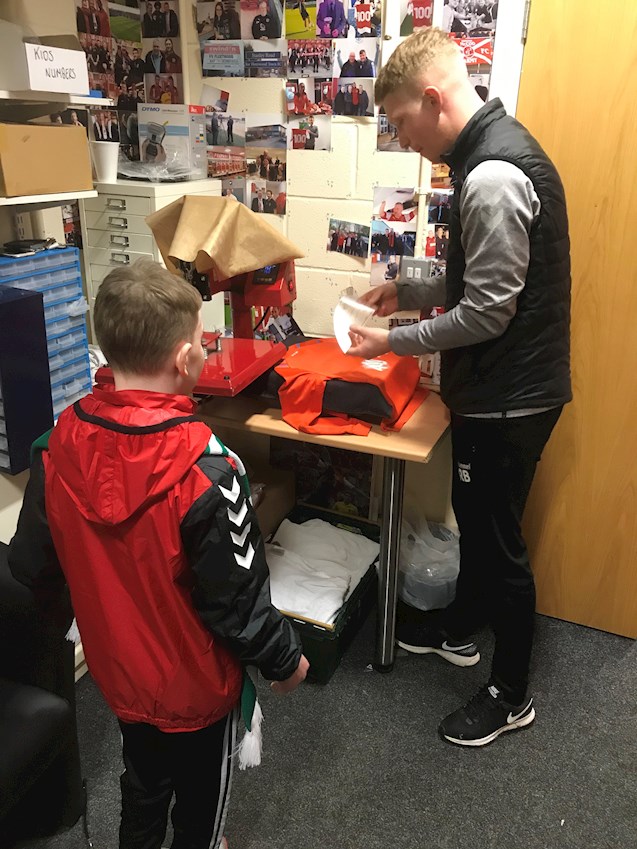 Ollie then went on to meet the Cod Army coaching staff. First of all, Ollie assisted the kit man [Robbie Bromley] in printing out names and numbers on the back of shirts ready for the game. As a thank you, Robbie kindly offered to print a name and number on the back of Ollie’s shirt - which he went on to wear throughout the remainder of this day.

After putting on his newly printed shirt, Ollie met all the first team players in the dressing room for a chat about the game. The players took photos with Ollie as well as signing their autographs on his notepad he brought just in case.

It was into the press box next for Ollie, as he joined up with the media team to see what they get on prior to a match. It was here he gave an announcement to a local radio station – BBC Radio Lancashire - reading out the Fleetwood Town team on air to thousands listening in live ahead of the Fylde Coast derby. 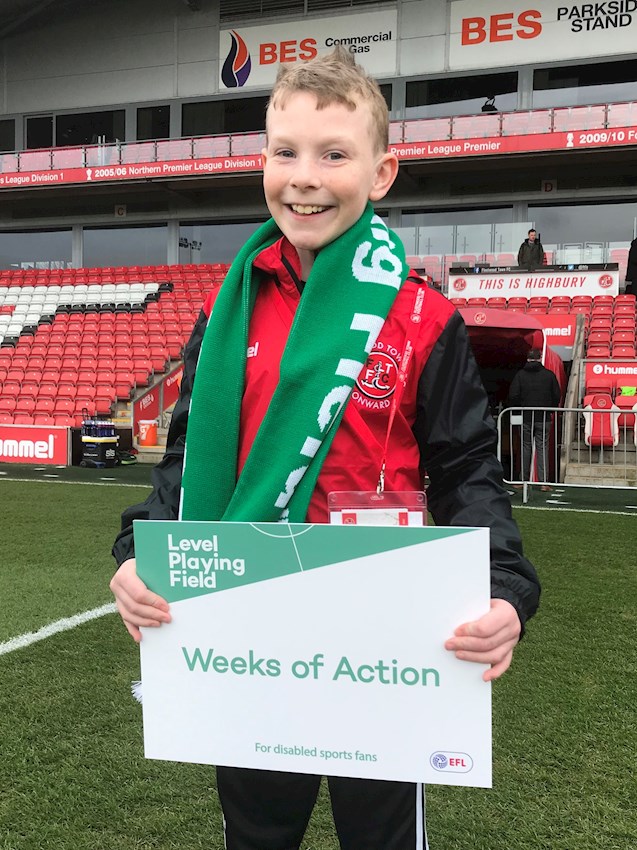 It was almost time for kick-off, but Ollie had one more job left. He met with members of the analysis team - who record clips of each Fleetwood team match – for coaches and the manager to look back on post-match.

Ollie had never known about analysis and found it very interesting. He even got the chance to help enter stats and statistics after watching clips from a Fleetwood Town game played earlier in the season.

All the staff at the club would like to Thank Ollie for all his help on such a busy day as well as representing Fleetwood Town in a fantastic and professional manner!