Fleetwood Town defender Harry Souttar has been awarded the EFL Youth Player of the Month for February, following a series of standout displays for the Cod Army.

Souttar, 21, has been a key part of Joey Barton’s side that picked up 16 points in six Sky Bet League One matches in February, including scoring in the 2-1 victory over Doncaster Rovers at Highbury.

The Australian international – who is on loan from Stoke City – follows in the footsteps of the likes of Dele Alli, Harry Maguire and James Maddison, who have all previously won this award.

Souttar also becomes the first Fleetwood Town player to win the award, which is judged across performances from across all three EFL divisions; Sky Bet Championship, Sky Bet League One and Sky Bet League Two.

Upon receiving the award, Souttar said: “This is a really special award to win and I am really proud to be the EFL Young Player of the Month.

“I must give credit to my teammates, the manager and the rest of the staff too, because without them this wouldn’t be possible. I’d also like to thank the Cod Army for the support since I joined the club, this award is for them too.

“I love playing my football for Fleetwood Town and have thoroughly enjoyed being on loan here since January of last year. I think we are in a really good position heading into the last ten games of the season.

“I will continue to keep working hard and trying my best for the team, and hopefully we will enjoy a successful end to the season.” 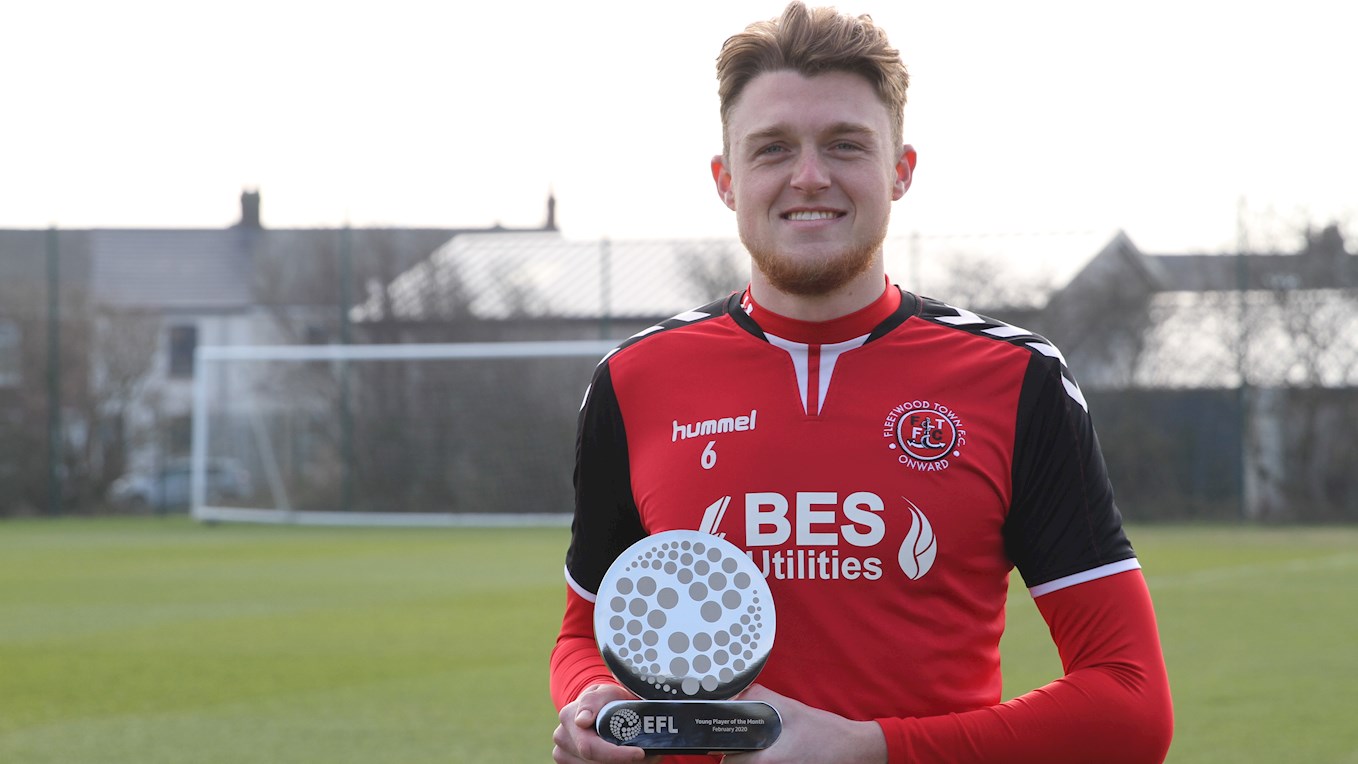