Fleetwood Town Football Club is proud to be supporting local man Andy in his challenge to raise money to support those living with Motor Neurone Disease through a remarkable 535-mile bike ride.

At the beginning of May, Andy Rushton, aged 53 from Cleveleys, will be taking part in the UK Red Empire State 500 - an epic cycling adventure - that will see 23 intrepid riders, including eight ex-professional rugby players, hit the road from Niagara Falls to Central Park, New York.

Inspired by rugby legend Rob Burrow’s battle with Motor Neurone Disease (MND), Andy was so moved after watching Rob’s video, he decided he needed to do something to help raise awareness of this horrific disease.

Up until last month, Andy hadn’t ridden a bike for 30 years, so has been training hard along with the 22 other riders, with all raising money for the charity Rugby League Cares (RL Cares).

The mission of RL Cares is to enhance and enrich people’s lives through the power and positive influence of Rugby League. Once all the sponsorship money has been collected, RL Cares will forward a significant amount to the Rob Burrow fund, which was set up to support Rob in his treatment and his family. A proportion of the money raised will also go to other players like Rob who are living with MND.

Andy will be raising awareness of his challenge at the Fleetwood v Rotherham game on Saturday 21 March, and he’ll be collecting money for the charity at half time and after the game. 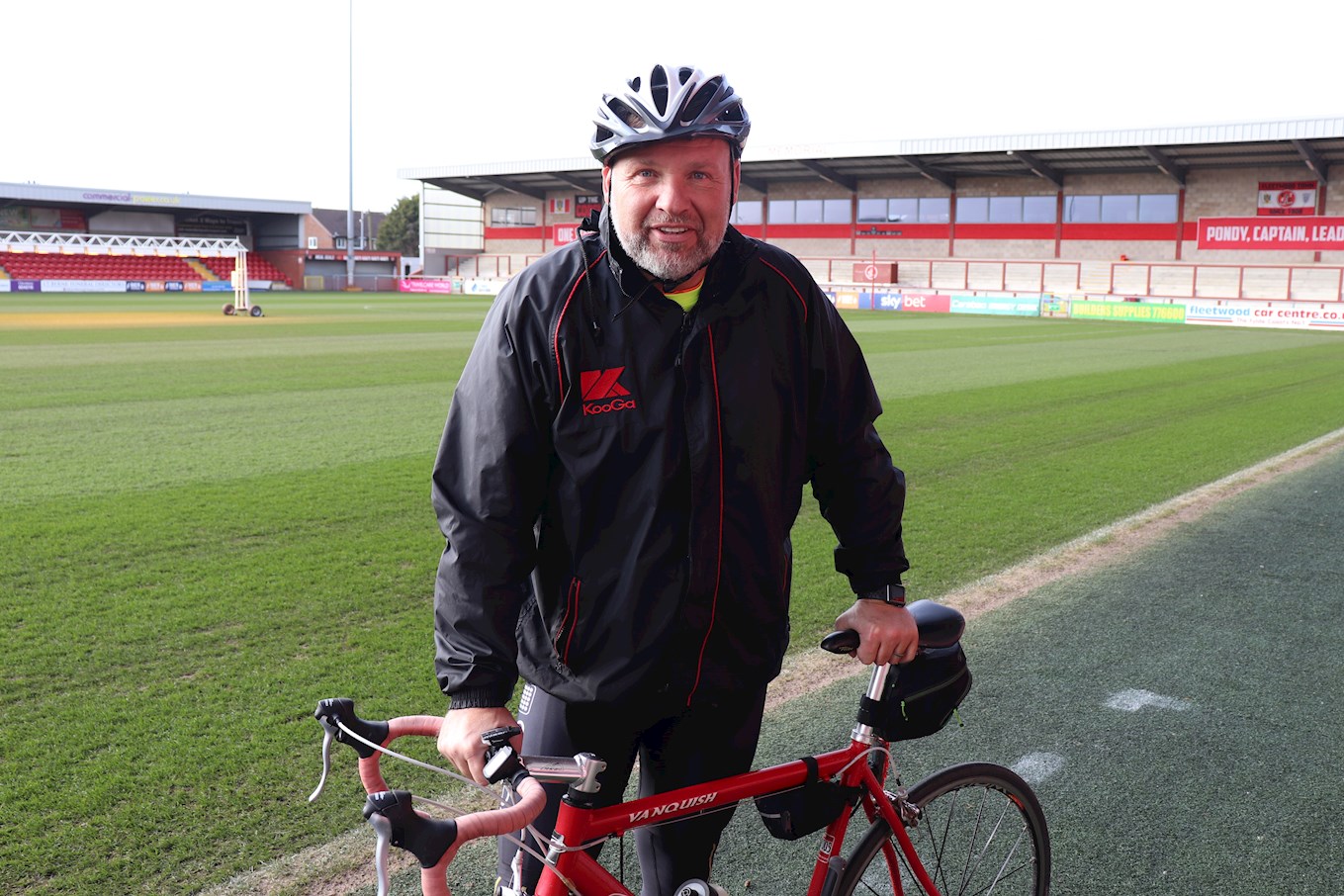 “When I decided take part in this challenge, I shared it on Facebook and was astounded by how many people commented and said they had been affected by the disease,” said Andy.

“I have covered all of the travel costs myself, which means that all the money raised will go to charity.

“Fleetwood holds fond memories for me as that’s where I went to school, so when I heard about Fleetwood Town fan Alan Morley who sadly passed away recently because of MND, I approached the club in the hope that they would help me spread the word. They agreed, and I am so grateful for their support.

“I have never done a sponsored event in my life, and I probably never will again, so I hope everyone can support me. Motor Neurone Disease is a horrible, terminal condition that has no treatment or cure, so we hope that this ride and the money it raises will play a small part in changing the lives of those affected.”

Andy Pilley, Chairman and owner of Fleetwood Town, said: "On behalf of everyone involved with Fleetwood Town I am so pleased to be able to support Andy's amazing fundraising efforts.

“Motor Neurone Disease is such a devastating illness, and supporting this cause is extremely poignant for us, having only recently lost a fellow member of the Cod Army, Alan Morley, who was well known to myself and many others at the club, to MND.

“It will be an honour to have Andy and his team of collectors with us at Rotherham match, and I'd urge as many people as possible to donate and show their support."

If you would like to donate to this worthy cause, you can do so through Andy’s JustGiving page. Also, if you’re attending the Rotherham match on Saturday 21 March, keep your eyes peeled for him around the ground.