It was Fleetwood Town’s second season in the Football League. Inconsistency had been a factor through the winter period but, coming into the final month, Town guaranteed a play-off place with a 2-0 win at Oxford United. There was still a chance of automatic promotion but a few twists and turns during April left Graham Alexander’s side fourth on 76 points, five behind third-place Rochdale.

Mark Roberts: It was tight towards the end. Missing out on promotion certainly galvanised us going into the play-offs. We had joined an ambitious club and League One was where we wanted to be.

Back in February, Fleetwood had experienced disappointment in the Johnstone Paints Trophy Northern Final, with a Wembley place beckoning.

Roberts: We sat in the dressing room after the defeat and heard Chesterfield celebrating like they’d won the title, thinking how that could and perhaps should have been us. We wanted to make the most of the second chance that we had been given. 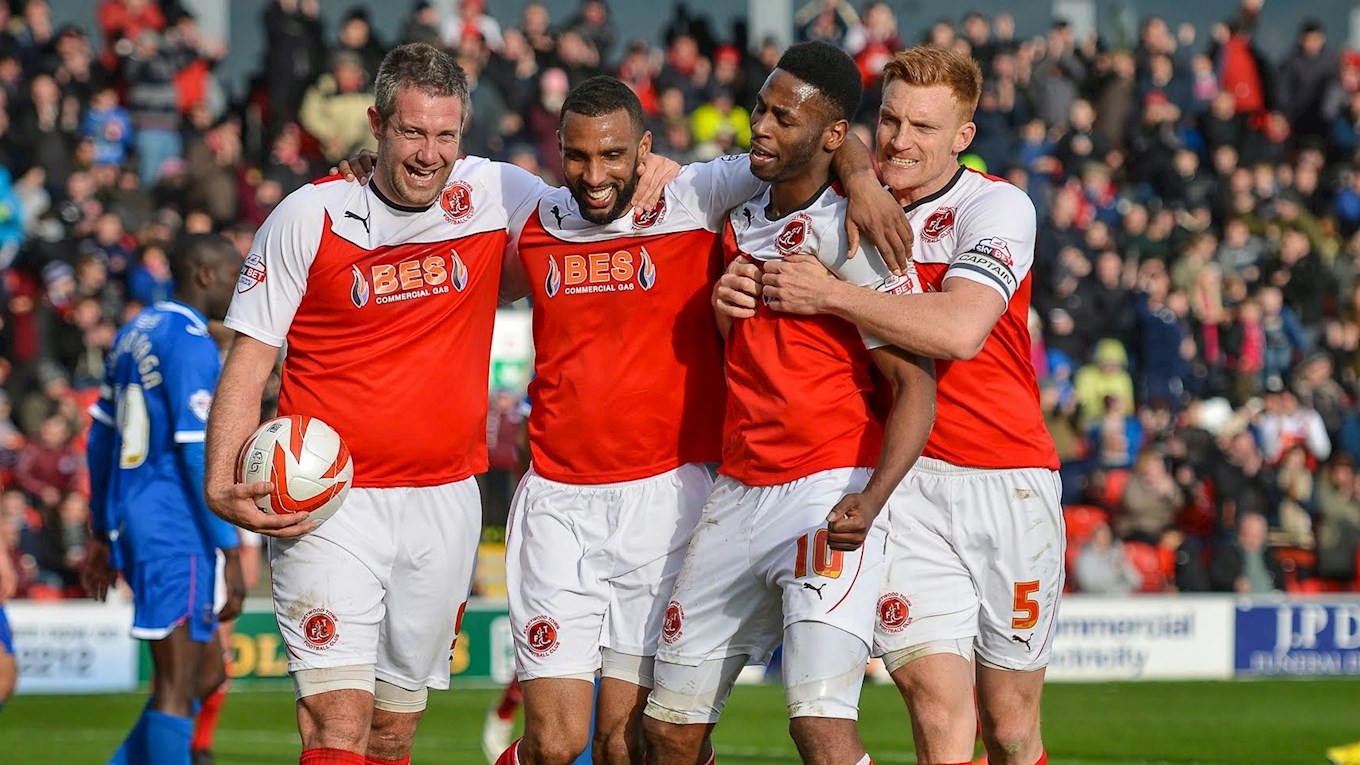 Semi-final opponents York City had been on a fantastic run which had propelled them from the edge of the relegation zone at the turn of the year. A 2-1 win at Highbury on 1st February was the start of an unbeaten run of eleven wins and six draws.

Roberts: In Leagues One and Two there’s always a team who has a purple patch and comes from nowhere. We knew that York were full of confidence whereas we had been gunning for automatic promotion for much of the season, only to fall short. However, I sensed a real focus for us to get the job done and we produced some of our best form at the right time.

There was drama before the first leg kicked off as torrential rain left the York pitch unplayable. There was some pressure to play as Sky were televising the match live and said that they couldn’t accommodate it on another evening. However, the decision was made to postpone as the teams were warming up. There really was no alternative.

Roberts: It was one of the more bizarre situations that I’ve faced as a player. I remember Phil Brown, the Southend boss, doing his own pitch inspection with the referee which made us laugh afterwards in the dressing room. We wondered why he was getting involved. Postponement was probably the right decision but having travelled all that way, and the supporters as well, you just wanted to play. 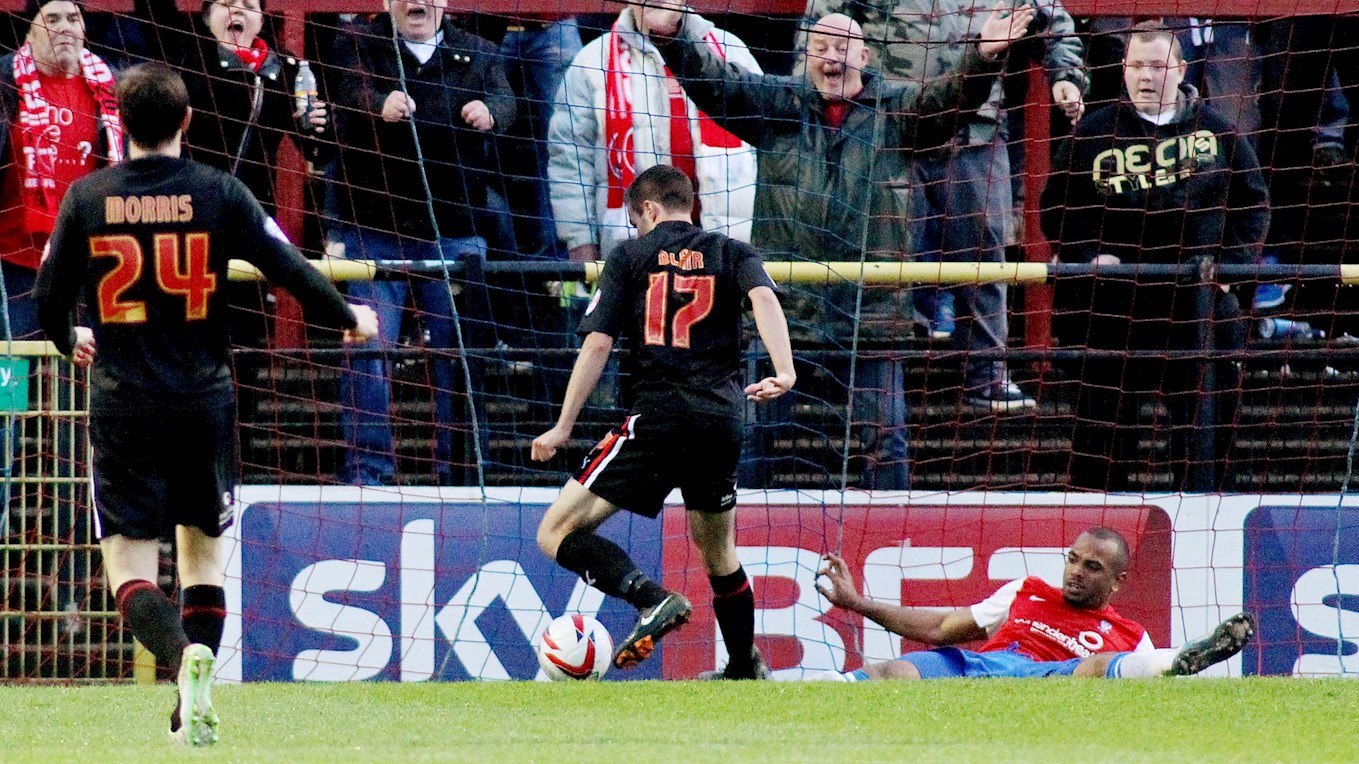 Roberts: It was very much déjà vu but we were ready to go. I think having to wait might have put the pin in the home support a bit as well. As the away team you are trying to nullify any home advantage that you can in the first leg. We were very solid and organised by then and in a nice groove. We played well at York and capped it with Matty’s goal. It was good to be going back to Highbury with that lead. Matty’s a great lad and wasn’t over-exuberant in his celebrations. He knew that the job hadn’t been completed. Ian Hume missed a chance to add to the scoreline but you wonder how it might have affected things. Two-nil up and at home. Might we have been more complacent?

It was a nervy night at Highbury four days later as York mounted a stern challenge. The match remained goalless, leaving Alexander praising his goalkeeper and defence over the two legs.

Roberts: I remember it being backs to the wall towards the end. The last five or six minutes felt more like sixty, to be honest! Bodies were put on the line but that is symptomatic of the characters that we had in the dressing room. We fought for one another. If it wasn’t myself or Pondy, because that was our job, it would be others doing the same. You are so close to Wembley and the experience of losing the Johnstone Paints Northern Final spurred us on. At full time I had one of my funniest moments in football. I remember being at the far end with a sea of people running towards me. It’s a surreal moment at the best of times but as I gathered myself the first person I saw when I turned round was my dad! He’d actually sprinted from where he was watching! He was the last person I expected to be there because, like me, he’s not renowned for his pace! It was a moment that I’ll treasure for the rest of my life!

It was mission accomplished against Burton Albion at Wembley, an undoubted career highlight for Mark Roberts.

Roberts: Having won the League Two play-offs on two separate occasions, the other with Stevenage in 2011 at Old Trafford, it’s like winning the league and the cup in one. If you can get promotion like that it’s definitely the best way! To achieve my childhood dream at Wembley as captain of Fleetwood Town was a very special feeling. I saw my family on the way up for the trophy and remember shaking Ted Lowery’s hand, then the Chairman’s. Wonderful memories.