Fleetwood Town welcome Portsmouth to Highbury Stadium on Saturday 4 January 2020 for a Third Round Emirates FA Cup clash, and we have all you need to know in our match preview.

Saturday’s match between Fleetwood and Portsmouth will be Mr. Edwards second time at Highbury Stadium this season. He took charge of Town’s 1-0 win over MK Dons on Saturday 26 October 2019.

The Englishman has officiated 18 matches this season, whilst handing out 45 yellow cards and just the one red card – which came in Peterborough United’s 2-0 home win over Lincoln City. 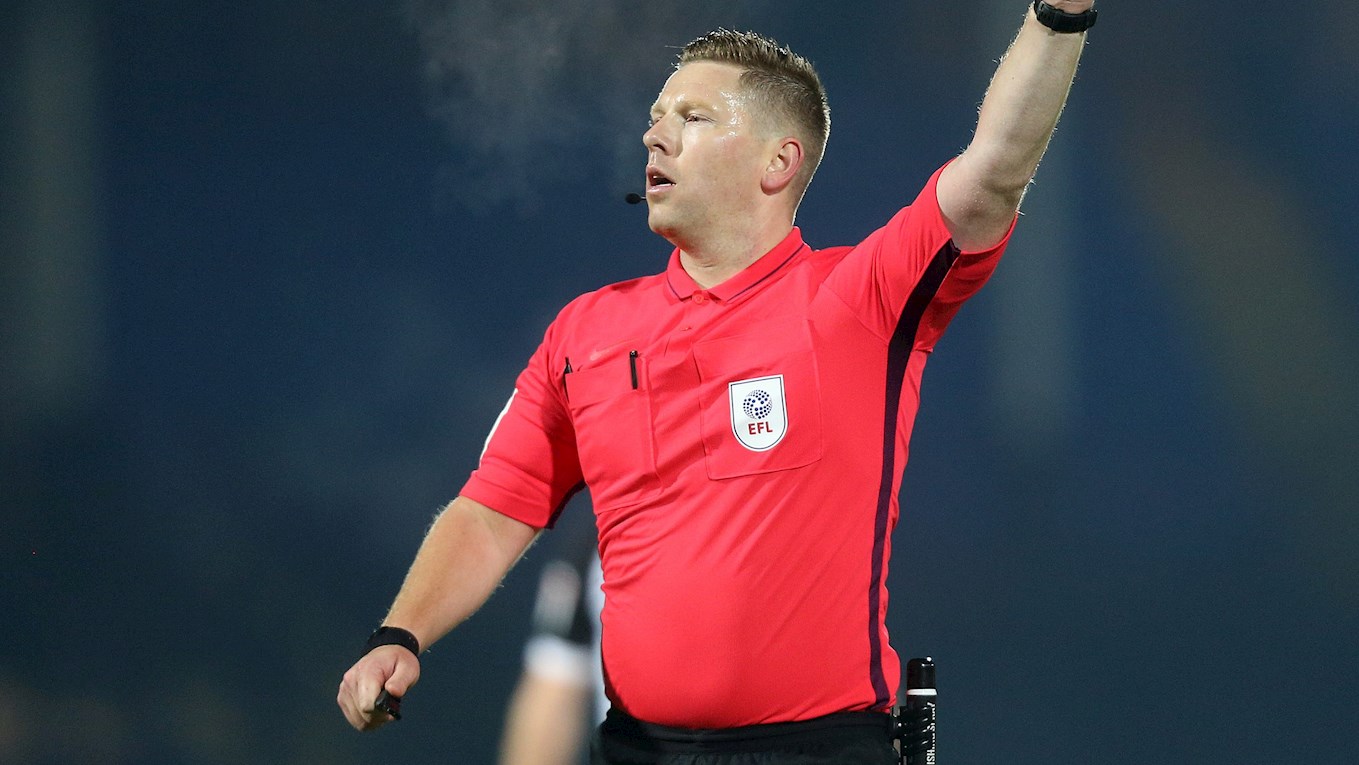 The Cod Army will play their first home match of this season’s Emirates FA Cup competition since last year's match against AFC Wimbledon. After two matches on the road against National League side Barnet and League Two outfit Crawley Town, it is a welcomed home tie for Joey Barton and his side.

Town won their Second Round tie 2-1 at Crawley with Josh Morris and Paddy Madden scoring the all important goals to see the Cod Army through to the Third Round for the third year running.

After the club announced the departures of centre-halves Jimmy Dunne and Peter Clarke, as well as midfielder Ash Hunter, the head coach could give the younger players at the club a chance to shine in front of the home fans. 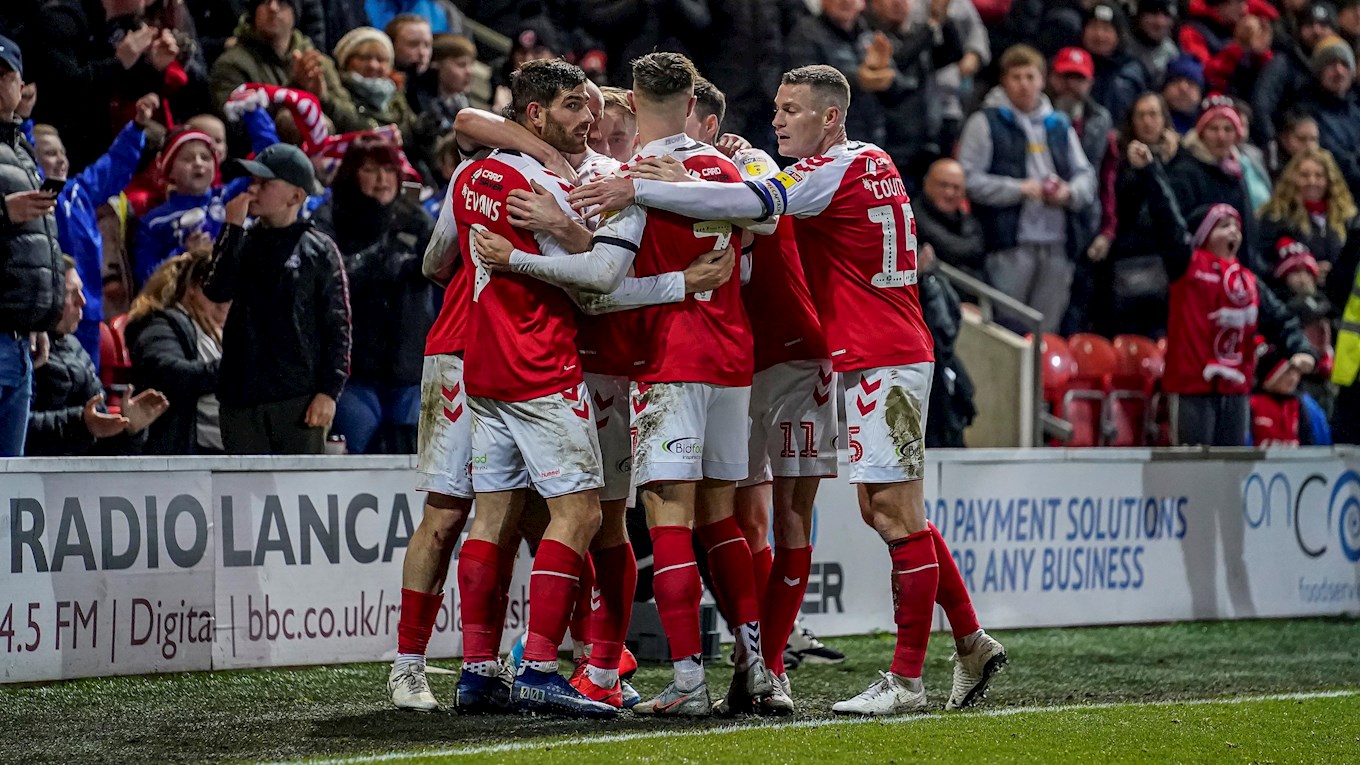 The visitors to Highbury at the weekend left it very late to seal their name in the hat for the Third Round after Brett Pitman scored a 94th minute winner against National League North side Altrincham.

Ben Close got Pompey up and running at Fratton Park with a goal just before the hour mark, with Josh Hancock scoring seven minutes from time from the penalty spot. Kenny Jackett threw everything at the non-league outfit, and got his rewards when Pitman smashed home with seconds to spare.

With eight wins in their last 12 matches, Portsmouth come to the Fylde Coast full of confidence, looking to get their name in the next round. They picked up the FA Cup back in 2008 after a famous victory over Cardiff at Wembley. 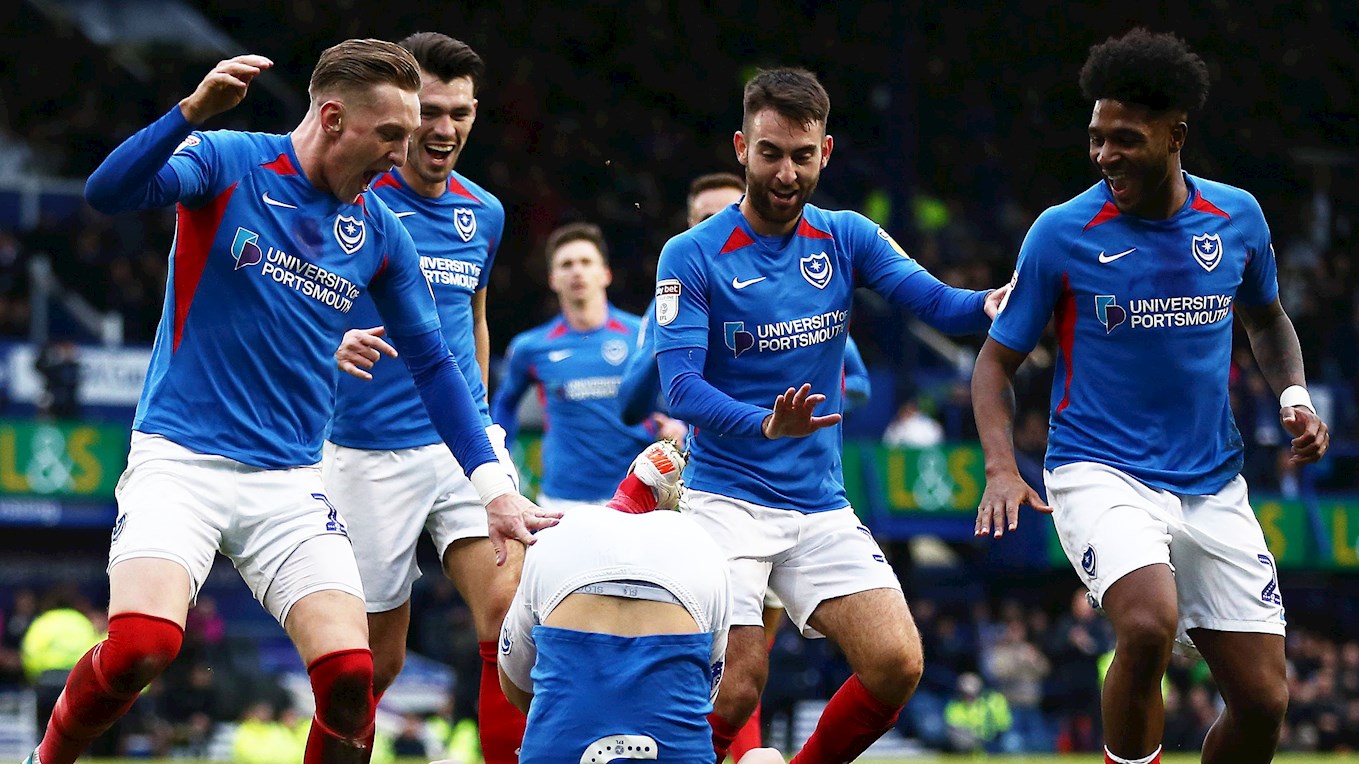 ONE TO WATCH – RONAN CURTIS

One for Town fans to keep an eye out for on Saturday is forward, Ronan Curtis. The Irishman has scored 11 goals in 27 appearances in all competitions this season, with his last in Portsmouth’s 3-1 loss away at MK Dons.

Curtis began his career at Derry City in 2015, and spent four seasons at the club. He played in over 100 games for City scoring 24 goals.

In May 2018, he joined the South Coast club for a fee of around £100,000 and in March 2019 he won his first major honour – the EFL Trophy after beating Sunderland at Wembley.

He has made three senior appearances for his National team, whilst playing eight times for the Under 21s where he scored just the one goal. 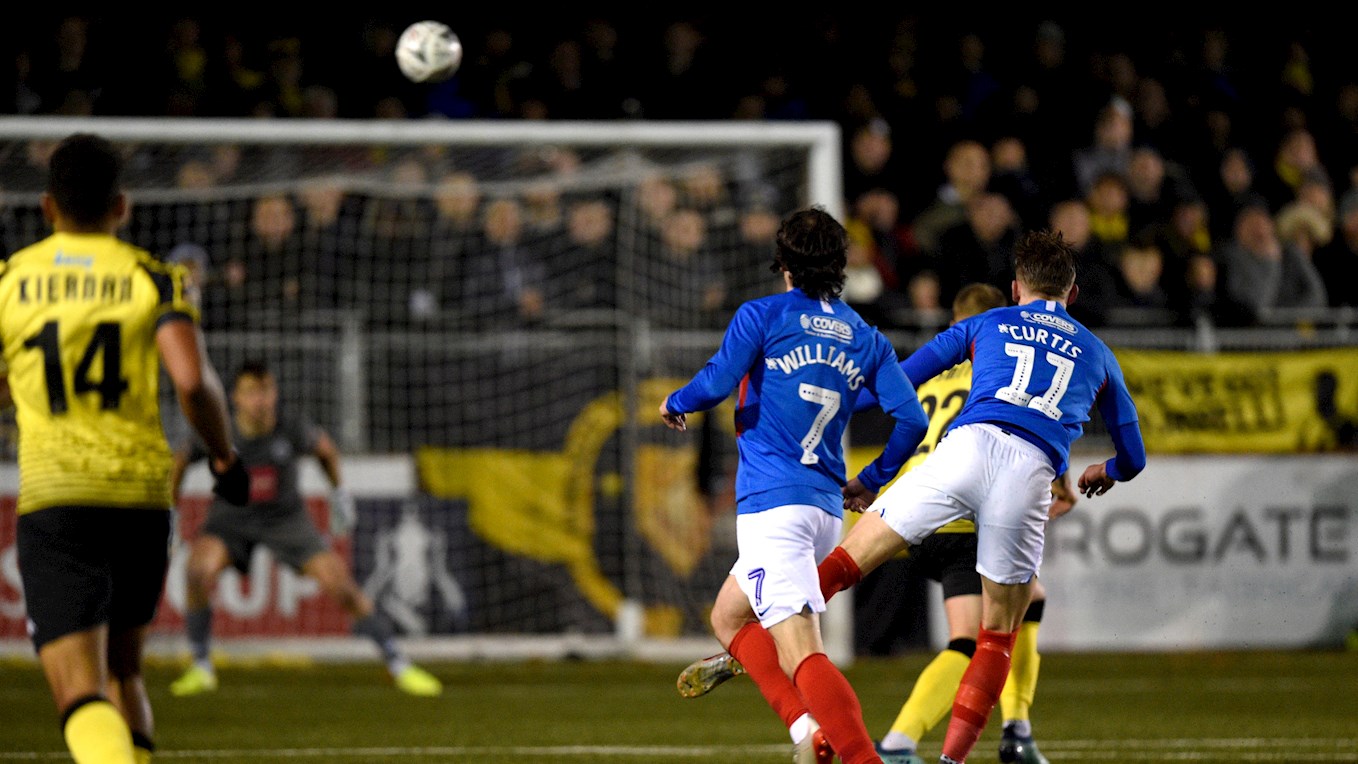 LISTEN TO THE GAME ON iFOLLOW

Due to the Football Association having full broadcasting rights, fans will only be allowed to purchase an Audio Match Pass. This will cost you just £2.50, so why are you waiting? Buy yours NOW! 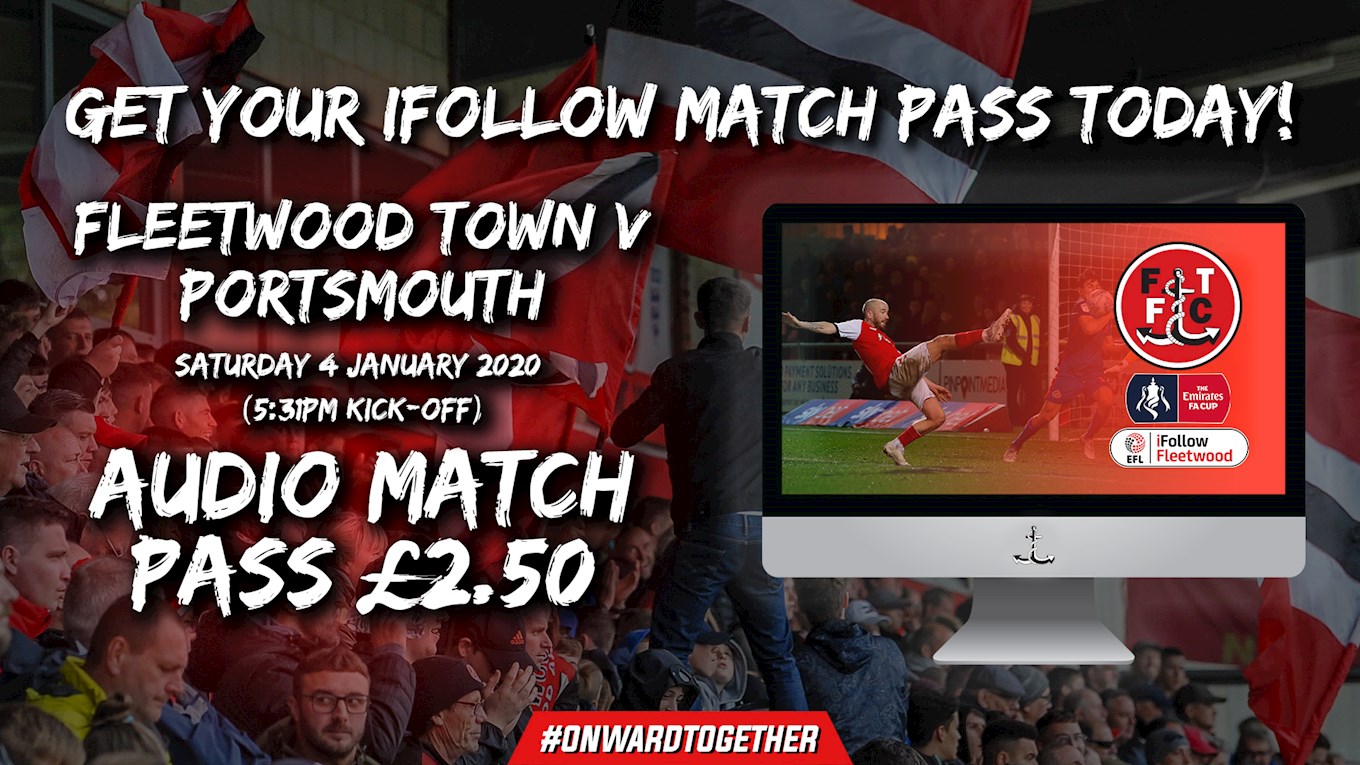 Joey Barton spoke to the media ahead of the cup tie against Portsmouth, and you can watch the full interview on the club’s official iFollow channel.

Click HERE to hear what Town’s head coach had to say. 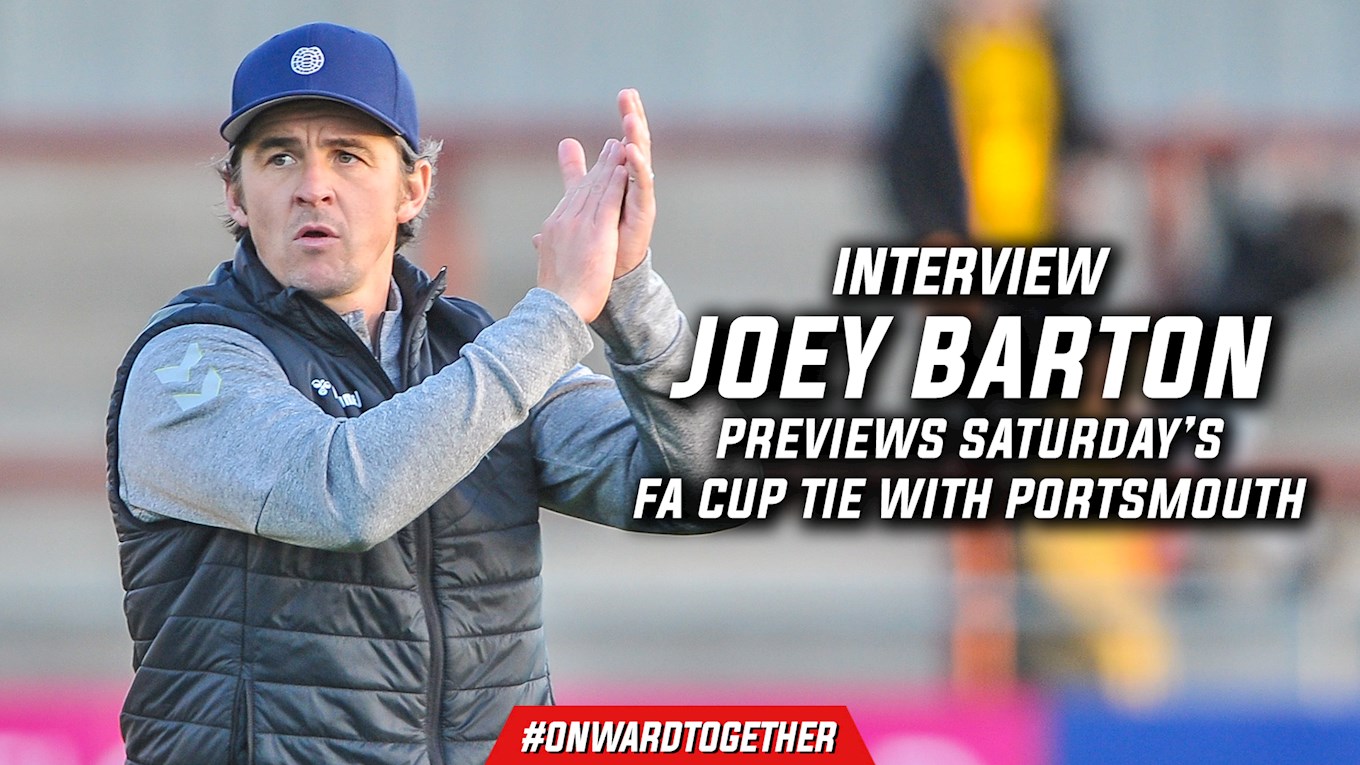 “I feel for our supporters because it’s a long trip, but I love their commitment to the club and the fact they get behind the players.

“It’s the luck of the draw and if you want to progress to the latter rounds and get one of the big-boys, you have to come through different kinds of games. We have to be prepared to face a good Fleetwood side and by the time Saturday comes around, we will be.

“There are financial rewards for getting through, but – first and foremost – it’s the footballing reasons were focused on. It’s a fantastic competition and one we have a lot of respect for, so we’ll be committed and looking to do well.

“It’s consistency that we’re really looking for at the moment and making sure we get those finer details right.” 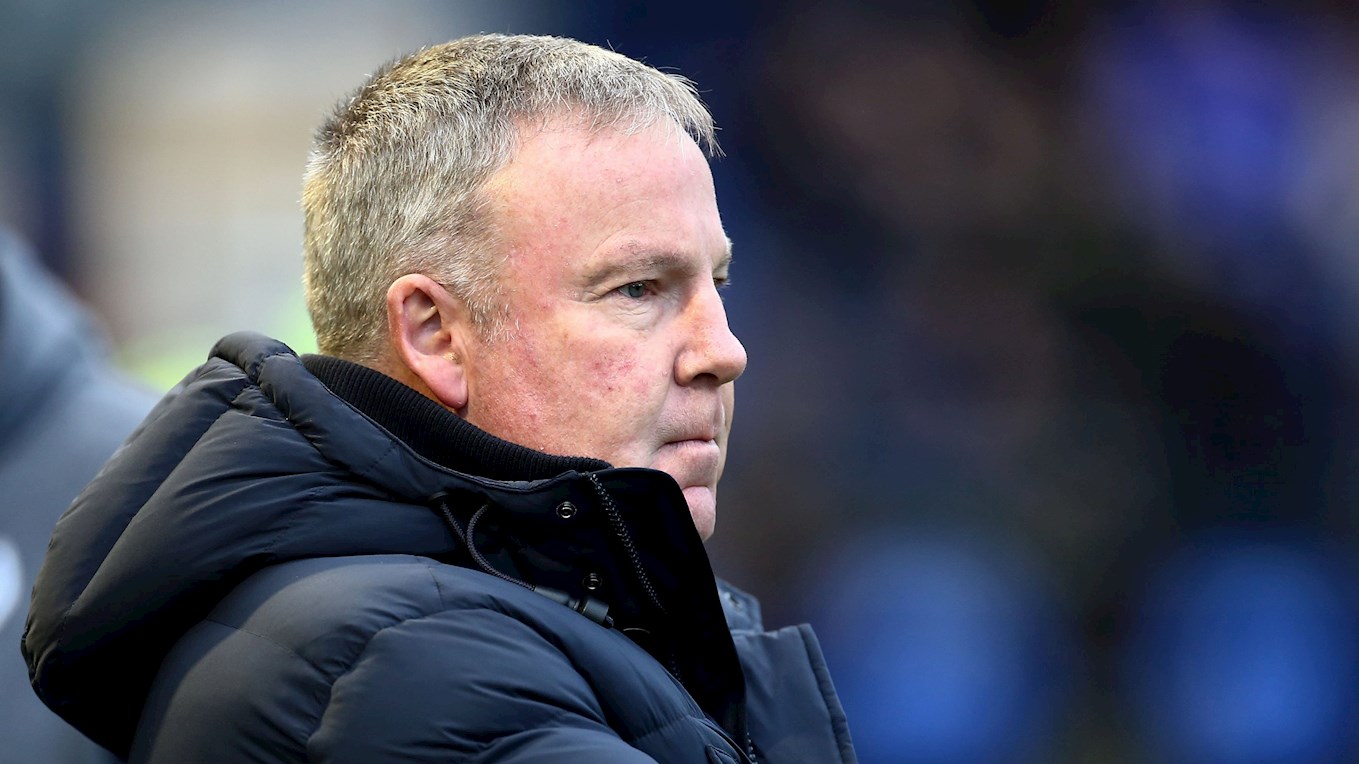 You can get a price of 5/4 for Town to win on the day, or odds of 8/11 to simply reach the next round of the competition).

Portsmouth on the other hand are backed at 19/10 to win on Saturday, with odds of EVENS to reach the Fourth Round.

A popular requested bet this week is for Fleetwood to win, both teams to score, 4+ corners each and for 20+ booking point for each team – The odds for this are 28/1! 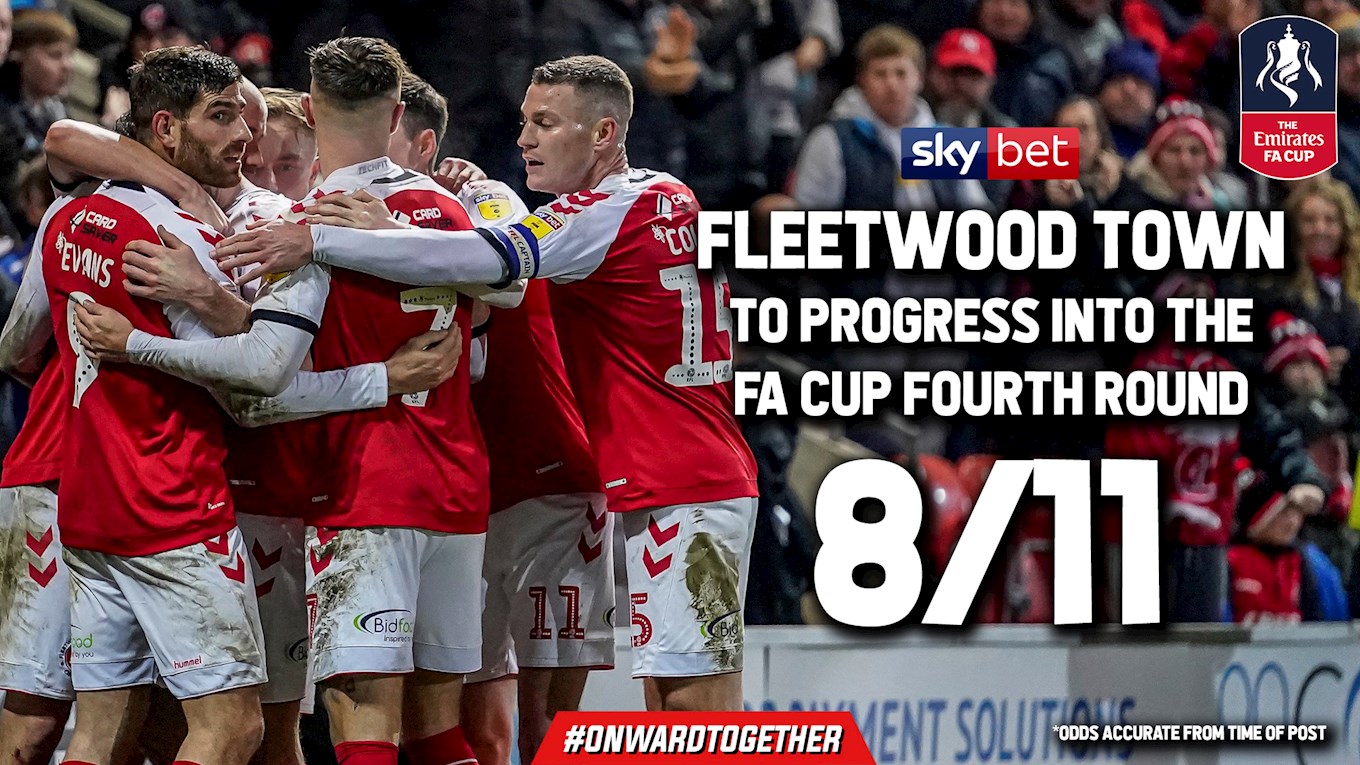