In usual fashion, once all of Town’s ex-players had arrived, the group came together to go through the morning’s itinerary, which included those who are celebrating their birthday in the month of February, what events are coming up for the players and a note of those who are sadly not with us any more.

With the sun shining bright on Poolfoot, it was a chance for those in attendance to cast their eyes on the currently Fleetwood Town team, who were preparing for their trip down South to play AFC Wimbledon on Saturday 8 February (3pm kick-off). 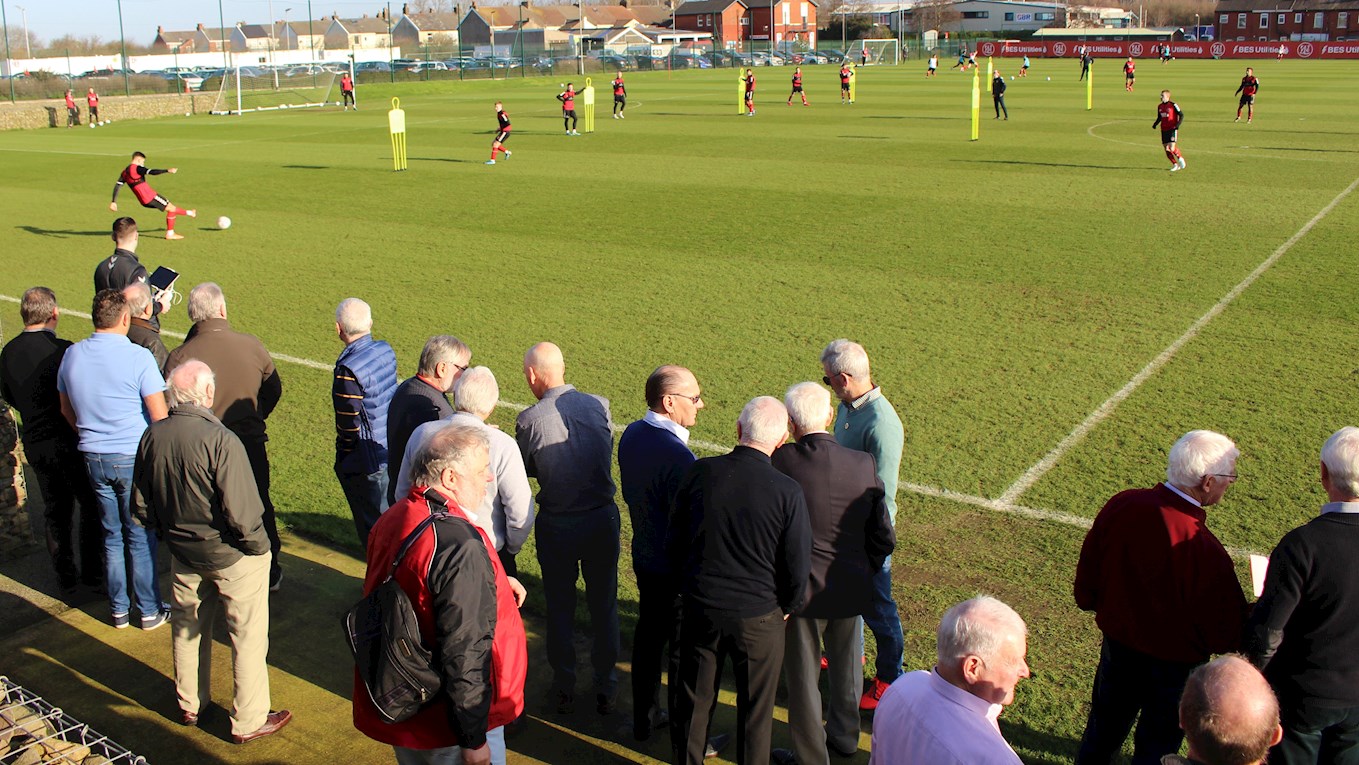 Tony Collier, the FPA’s Secretary, and the association are also raising money for local charity, Brian House. On the day Tony auctioned off a signed Fleetwood shirt – which raised £80 for Brian House, with the money being added to the total pot that will be counted at the May meeting.

The next planned gathering will take place at Poolfoot Farm on Thursday 5 March 2020 at 10am. Further details may be obtained from the Association's Chairman, Stuart Murdoch, by email stuart.murdoch@fleetwoodtownfc.com.