Fleetwood Town’s under 18s recorded another victory over Barnsley – beating them 2-1 in the Clarets Cup at Oakwell Training ground on Tuesday afternoon.

Simon Wiles’ side took the lead early on in the game as Cian Hayes’ corner was met by Shaun Sithole, who volleyed the ball into the back of the net.

Rochdale equalised before the half as one of their forwards saw an opportunity to strike the ball from range and took it, scoring passed Jon Borwick in goal. 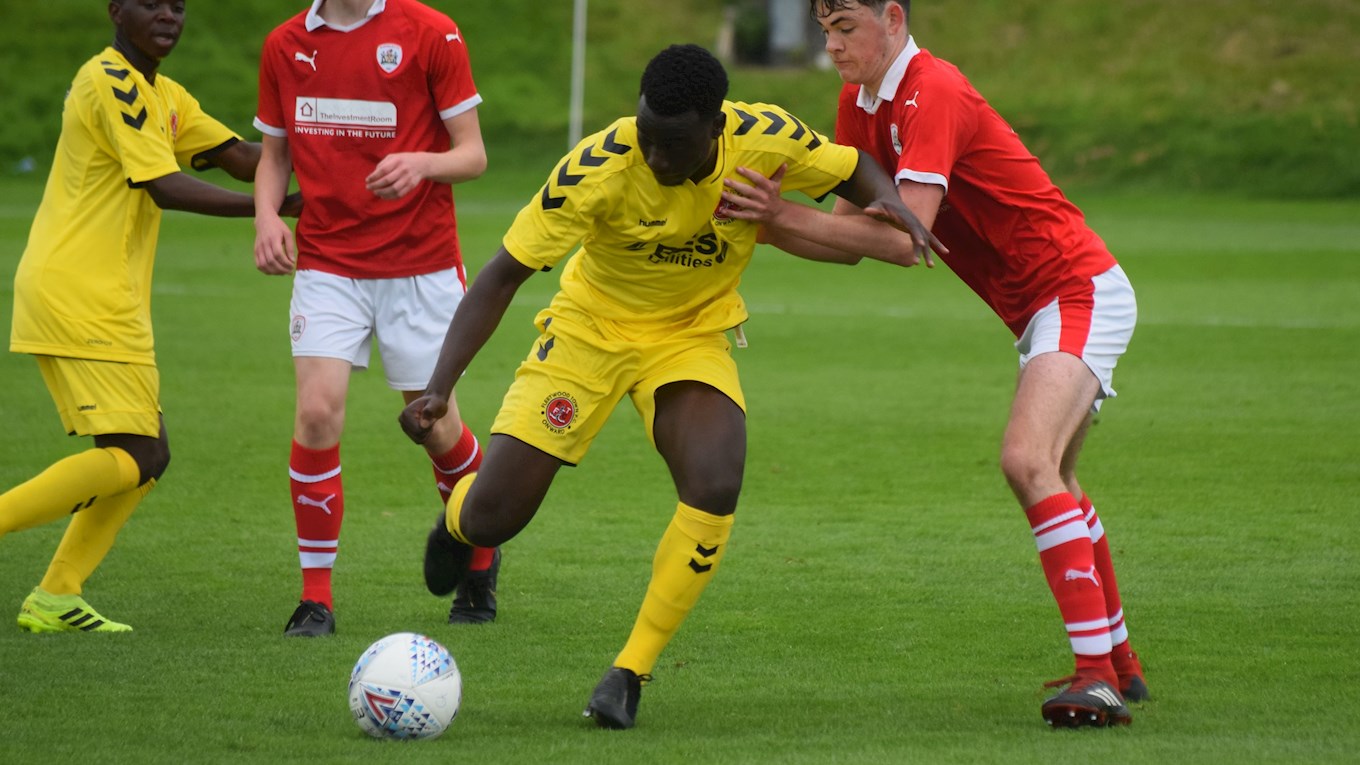 Fleetwood started in the second half as the stronger side, with Enock Takpe running the defence ragged creating multiple opportunities for his side.

With only a few minutes to go, after applying yet more pressure to the Tykes backline, Hayes delivered another corner into the box where a trialist met it and headed it past the keeper.

The Under 18s are back in action on Saturday as they travel to Tranmere Rovers for their second Youth Alliance game of the season (11am kick-off).