Fleetwood Town International Football Academy (FTIFA) provided an insight into professional football and invited a number of players over to the UK for further assessment following two successful Talent ID Clinics in Canada.

The first Clinic took place in Hamilton, Ontario, with Ian McClurg Learn Perform Coaching, where players aged between 12 and 17 were put through their paces on an intense four-day programme. They were given an insight into how Fleetwood Town produce their future stars, and a handful of lucky players have also been given the chance to head over to Fleetwood Town FC (FTFC) for the Pro Experience, which provides an elite player development programme.

James Ward, FTIFA’s International Partnership Manager, said, “It was another superb opportunity for the programme as we were able to work with some of the finest talent in the Toronto area. We provided them with a real insight into professional football and a pathway for participants to sample it for themselves back in the United Kingdom.

"It was great to work with Ian McClurg who has a fantastic reputation for developing and supporting youth players through their journey as aspiring footballers.”

FTIFA coaches Michael O’Neill and Rob Smith travelled to Brampton, Ontario for the second Talent ID Clinic in partnership with Skills & Drills Soccer Training. There were 40 participants aged between 13 and 18, and the aim of the camp was to create player pathways for talented Canadian players who have the ability and desire to play in the U.K.

Amrik Hare, Program Director at Skills & Drills Soccer Training, said, “Rob and Michael both brought a level of training that challenged the participants and gave them an insight as to how the professional players train. It really showed the level of technical, tactical and game awareness that the sessions require of the players.

"Over the four days, they demanded quality from the players, and I feel that the demand was met. For our inaugural Talent ID Camp with FTIFA. I feel it was a success and I look forward to growing this partnership and providing a pathway for top talent in the Toronto area into one of England’s historic professional clubs.” 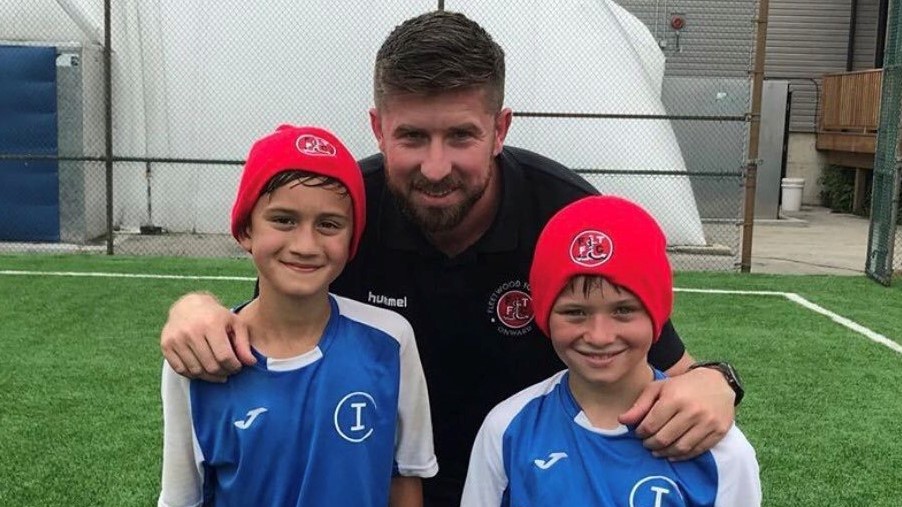 Both Michael and Rob were extremely impressed with the application and ability on display over the four days. All the players were coached in-line with the club's DNA and were given feedback for future development, and several players have been given the opportunity to come across to Fleetwood Town in the near future to be further assessed.

"It was a fantastic opportunity for us both to work with players from the Toronto area and provide a platform for future development,” explained Michael and Robert.

“We were both really impressed with the attitude of all the players and there are genuinely some un-earthed gems that we believe would progress in the UK. We look forward to developing the link further in the very near future.”

Click here for more information about hosting FTIFA at your club, school or academy for a bespoke talent identification clinic.