At the October meeting of the Fleetwood Town Former Players Association (FPA), the club caught up with former defender and European tennis champion, Roy Whitehouse at Poolfoot Farm.

Roy – who played for Fleetwood Town in the 1970s – looked back on some of his favourite memories of playing for the Cod Army, the progress the FPA has made since he joined and topped it off by talking about his recent win in the European Tennis Championships.

The former defender, and regular attendee of the FPA meetings, told us about how he has represented Lancashire’s County Tennis team since the age of 19 and has recently travelled to La Manga, Spain for the European Tennis Championships, where they faced the best teams in Europe.

“I’ve played for Lancashire since I was 19 and I have since carried on through all of the age groups,” Roy explained.

“I’ve had some great achievements with Lancashire, winning the nationals, as a county, for a number of years in a number of age groups.

“Recently, only last year, we played in the British Nationals Club Championships and won that, so we qualified to go to Europe.

“We played in La Manga and played against all the top European teams who had qualified doing the same thing.

“Spain were there, as well as France, Germany, Austria, Portugal and more European teams and we managed to win the whole thing”

“We became European champions which was a fantastic achievement, and something I will treasure for a long time.”

Roy then reminisced about making his debut for Fleetwood back in 1974, with fellow former player Derek Lancaster, and explained that it was one to remember.

“I made my debut back in 1974 for Fleetwood. I was playing full-back, I made an overlapping run down the wing, I put it across to Derek [Lancaster] who chested it down, swivelled and smacked it into the top corner,” said Roy.

“It’s a great memory, I got headlines for doing that! Debut boy creates a goal and has a great game – that was my start really!

“Tommy White was the manager then, love Tommy, but unfortunately he doesn’t make it to a lot of the meetings nowadays but I’m very thankful and have a lot of respect for Tommy!”

Roy couldn’t believe how much the Former Players Association has grown since the first meeting he attended and said that all the players in attendance each month love getting together.

The former defender said: “It’s progressed a lot! I’ve been putting the message out to the players I played with back in the day and six or seven of those now regularly come to the meetings which is great!

“It’s just grown and grown as we’ve gone along, it’s a brilliant thing seeing all the ex-players.

“From the players from when I played, and the guys who played before me, we all reminisce in this lovely atmosphere.

“They all love it you can tell here today. Everybody’s here chatting away and we all mix together and tell our stories.

“It’s just a great thing that Fleetwood are doing, getting us all back together like this – it’s just lovely coming to this every month!” 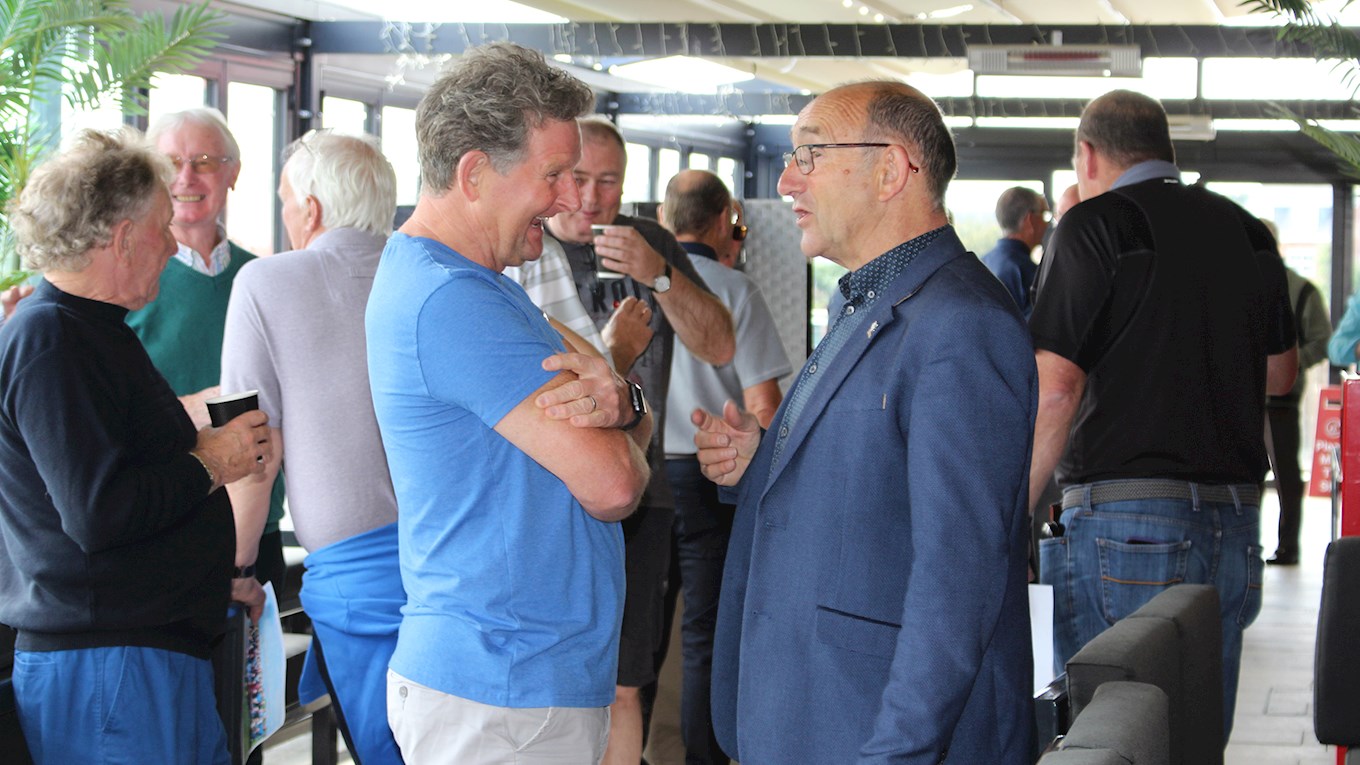 The next meeting will take place on Thursday 7 November at Poolfoot Farm, at the usual time of 10:00am. If you are looking to attend, and need more information, contact the FPA chairman Stuart Murdoch by emailing stuart.murdoch@fleetwoodtownfc.com