Fleetwood Town International Football Academy (FTIFA) coaches have been travelling through Europe and beyond in order to build partnerships for the international programme based at Poolfoot Farm.

FTIFA Ops Manager Mick Horsfall, who travelled with coach Rob Smith to Portugal, spoke highly on his visit: “We met with a third-tier side called Sintrense a few times and we seem to have already forged a partnership as they sent their right-back to us just four days after we got back from the trip. We want our boys to go over there but if we show that willing nature, and we understand the levels, it gives us a real chance to progress.

“We want to have the best players here and if those players can see a pathway that we can offer them, then we have a better chance on bringing those players in. Portugal was a chance for us to look at exit strategies for those players.

“The good thing about them sending a player over is the fact that we already have a marker on how good our players have to be if they want to get a chance to go out to – which is key for us going forward.”

International Pathways Manager James Ward, who travelled out to meet up Evolution, a Qatar-based academy, thinks that it is very wise that Fleetwood Town are expanding their horizons to the Gulf region. 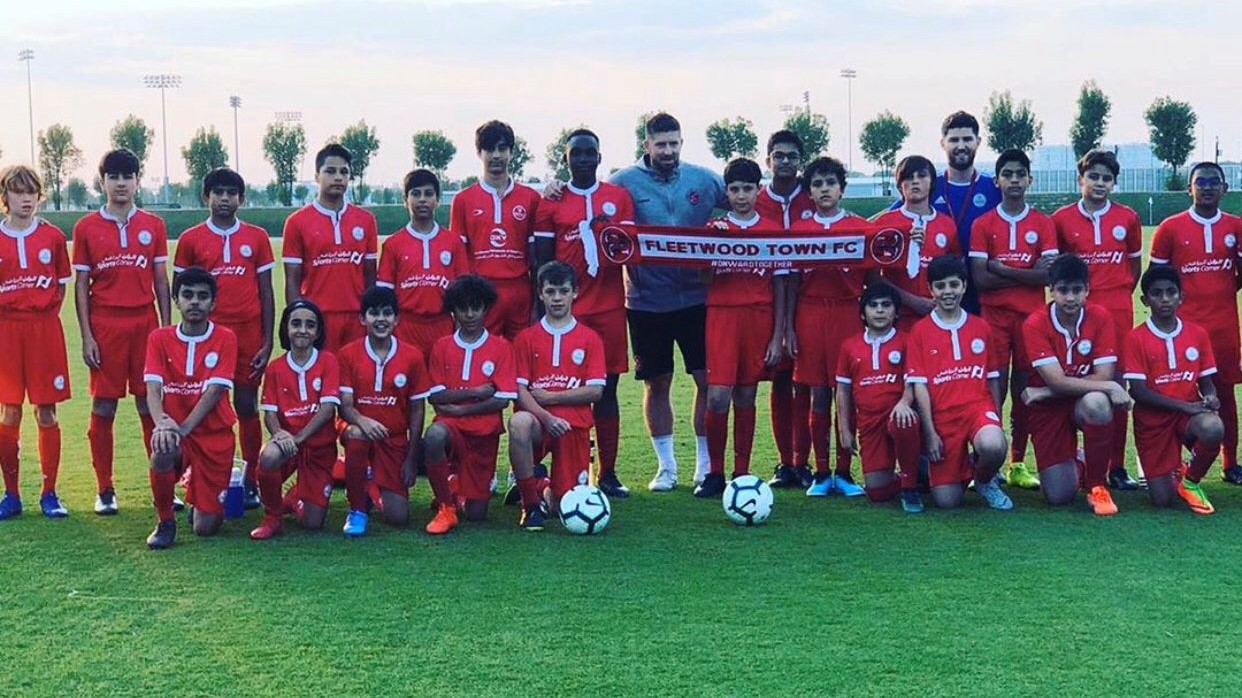 “It’ll be great – branding wise – for us as we will have Fleetwood Town’s logo plastered next to the best young talent coming through Qatar ahead of the World Cup,” said James.

“Partnering up with Evolution will be a great move for the club as they are the biggest grassroots feeder in, not just Qatar, but the entire Gulf region. They have 1,800 players in their football programme and have a pyramid system in place where it’s a soccer school ran alongside an academy.

“Whilst there, I was able to meet the general manager, director of sports and also the director of coaching and managed to agree on a partnership deal where they will send the better athletes around 15-16 years-old over to us so that they have a chance to see what a professional environment looks like away from Qatar.

“What’s great is the fact that we are the only professional club that they are willing to work with due to us as a club wanting to give young, aspiring athletes the chance to grow and potentially make their way into the professional game.”

Overall, the FTIFA coaching and operations team is excited about all the new partnerships and potential players coming, who will bring with them new cultures, personalities and most importantly a playing style.