The Academy’s Under 14s & 15s went on a football tour in Lake Garda on Friday 19th April, to Monday 22nd April for a weekend tournament in the beautiful area of Italy.

The Gardaland Socca cup competition in Lake Garda was an overwhelming success for our boys. We sent 31 players to the tournament from the Under 14 and under 15 age groups and after flying to Malpensa Milan airport, we drove to our resort in Sirmione by the shores of the beautiful Lake Garda.

On the day of the tournament, the opening ceremony took place and the organisers welcomed each team to the festival, with guest speakers on the day there to support the idea of how fair play was important to each team.

The first day of the tournament saw the Under 14s beat FC Passau – A German side - 3 -0 which was a fantastic result. The lads then beat ASD Sirmione (Italy) 2-0 then finishing off with a draw.

This saw us fight for 1st place against FC Kickers (Germany). The game against our good German friends saw us take the lead, but with a late goal from Kickers, it meant the game finished level, and Kickers leading the group. With one game left against FC Castiglione, a win would see us finish second – and well done to the lads, a 2-1 victory rounded off a fantastic trio! 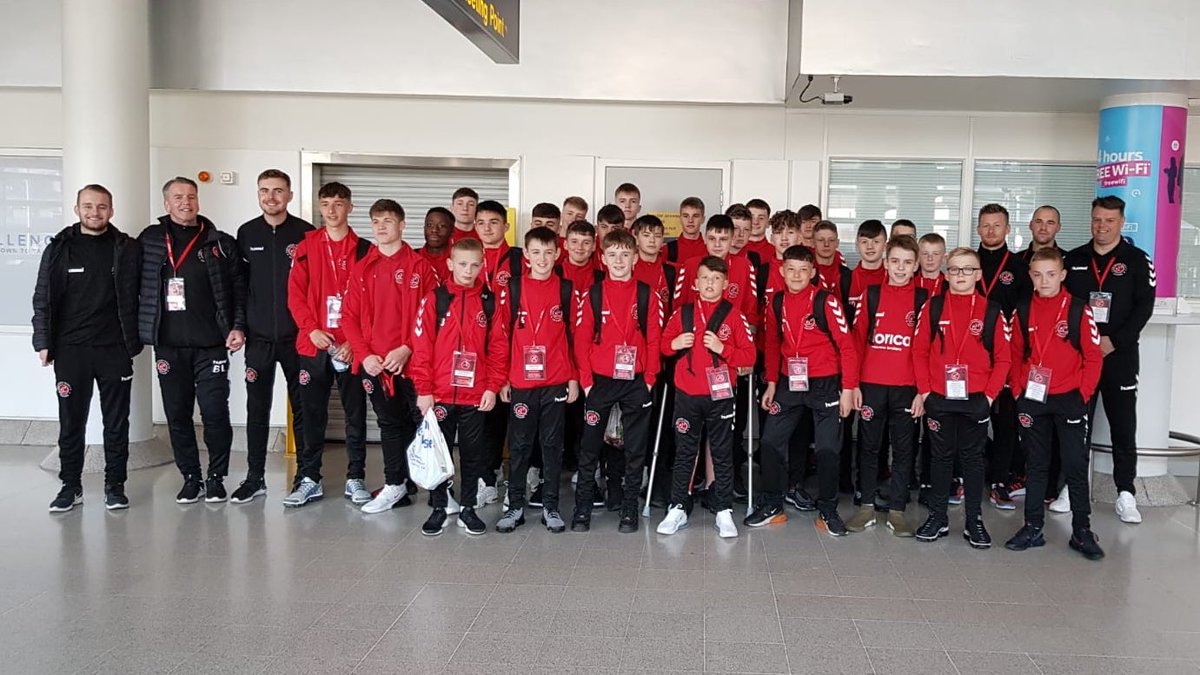 The under 15s managed to earn themselves a runners up medal in the tournament , and it kicked off with a 6-0 win over TSV Kosching from Germany. The lads then beat SG Archental (Dutch) 2-0 before ending the day undefeated winning 1-0 against FC Passau.

On the second day the team faced FC Brixen (Germany), with the Cod Army winning 2-0. This result saw us reach the final of the two group competition in front of a large crowd of around 400 people.

The Under 15s played a great game but found themselves a goal down early on .This was cancelled out by a great individual Bobby Flitcroft, whose equalising goal to set up a penalty shoot-out.

Unfortunately, it wasn’t to be our day but two second place finishes is fantastic on our first trip abroard. It was thoroughly enjoyable, and both groups represented the club really well. We’ve made friends from our European neighbours, and hope to be back one day to go one step further!