This year’s Highbury Hire concluded at the weekend after a busy two week programme of events at Highbury Stadium.

To kick-off proceedings, our very own Fleetwood Town Academy hosted Champions League finalists Liverpool and their Academy sides in a series of games on home soil. It was great to see the Liverpool legend, Robbie Fowler attend – despite being the head coach of Australian A-League club Brisbane Roar.

The next event saw Fleetwood Town Business Club raised funds for Men’s’ Health charity. They took on a team of ex Town players – with some who have tasted promotion over the years with the Cod Army. Over £2,000 was raised, and we appreciate all those who made a donation. 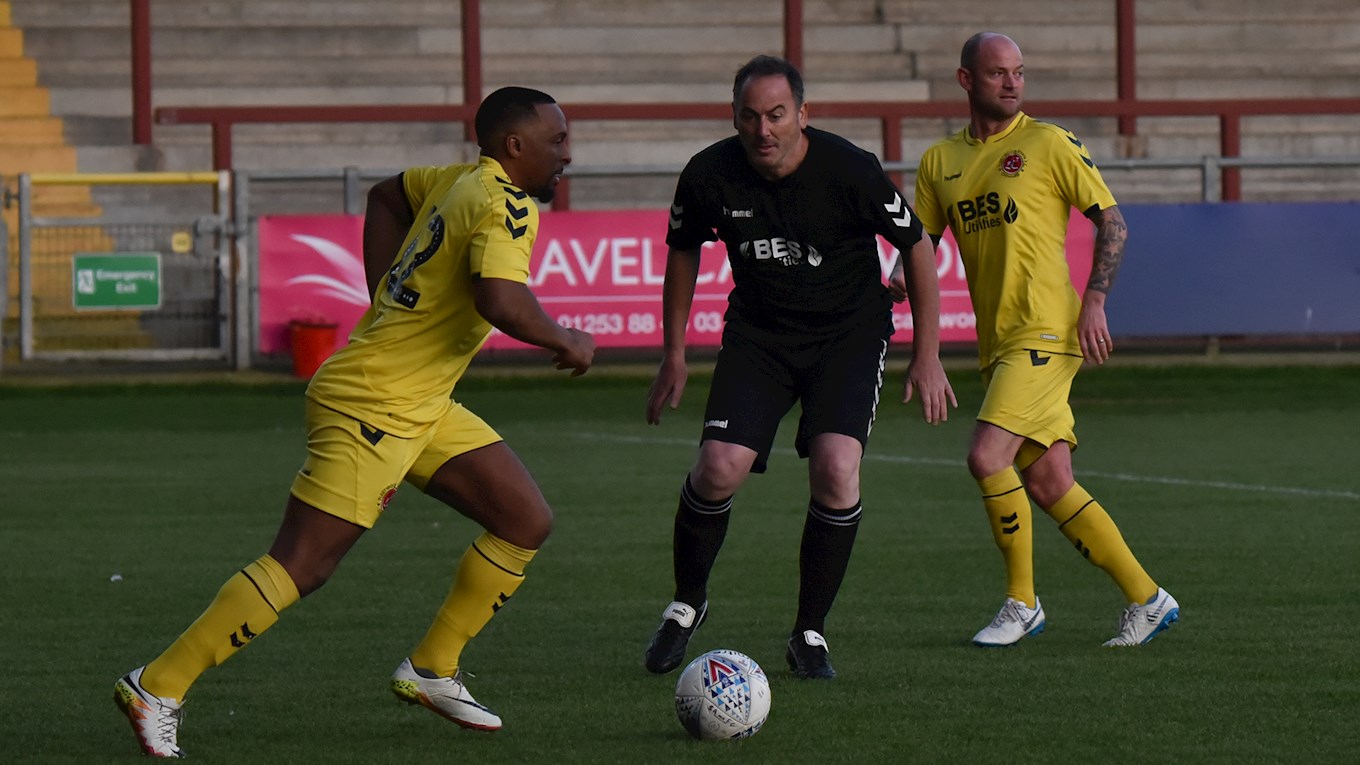 The Blackpool & Fylde Sunday Football Association (BFSFA) hosted the Gledhill Trophy for the first time in 52 years and held another successful finals day with four finals at Highbury on their Finals Day. Local Fleetwood side, The Mount FC were amongst the winners.

HMRC were also in attendance on the Fylde Coast for their national football finals day. And with two games played, one saw HMRC North West win the National Final by beating Scotland.

The club welcome backed CSSC for the fifth consecutive year, with the four teams travelling from all over the UK. Hassra Fylde won the Plate Final and Hassra North East won the National Final.

Lookers Group held a charity game at the stadium to raise funds for local children charities. The club’s main sponsors, BES Group also held their annual staff match, which was ultimately followed by a third and final charity game, organised by Adam Clarke. 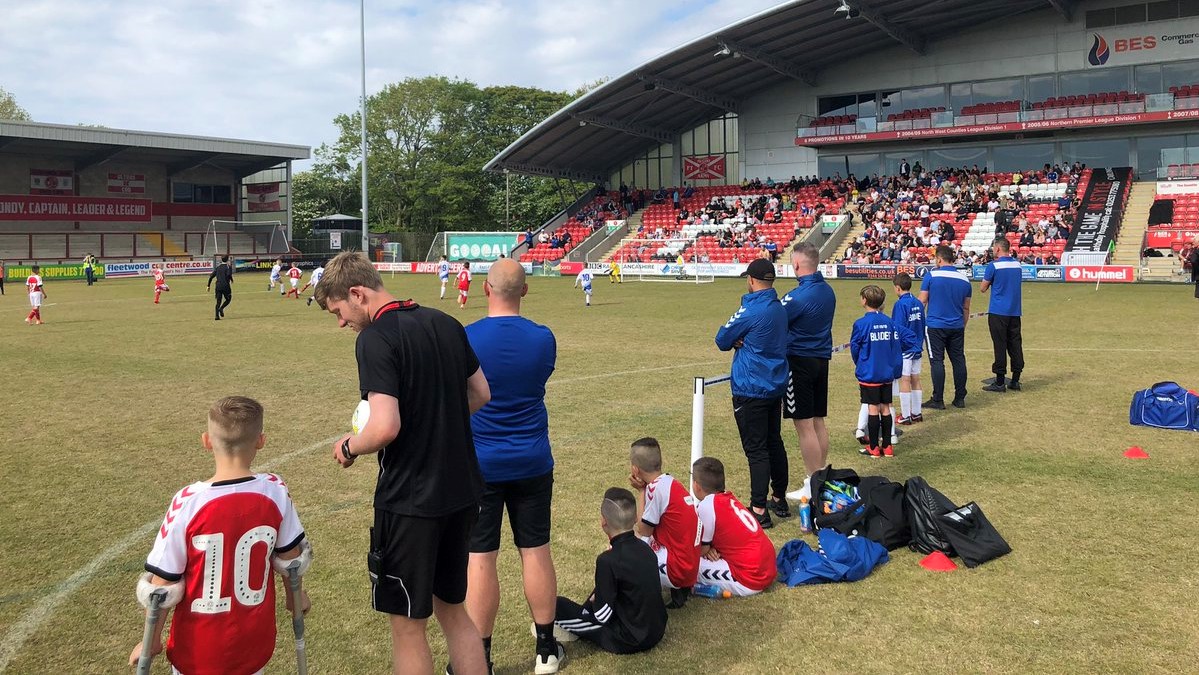 The Poulton District and Primary League Finals days, of which were held on 2 evenings and the whole of last weekend saw over 3,500 people attending junior cup finals at Highbury. Boys and Girls teams from Under 9s through to Under 16s tasted cup final success.

Peter Brown, member of the PDPL Committee said: “On behalf of the PDPL, I would like to thank everyone at Fleetwood Town Football Club for helping make our finals such a successful and enjoyable event. In particular our thanks go to the Highbury team for looking after us so well.”

Finally over 700 spectators supported last Saturday night’s Fleetwood Town Legends match against a Blackpool Select team. The charity game helped raise well over £4,000 for the Mikey Hart Foundation. A huge well done to all who attended, and to those who played on the night.

Mick Kerr from the foundation said: “The club’s staff did a thoroughly professional job from start to finish - everything ran so smoothly on the night. On behalf of the family and everyone that took part in the match we thank everyone at Fleetwood Town FC for hosting a great event and helping us raise a significant amount of money on the night.“ 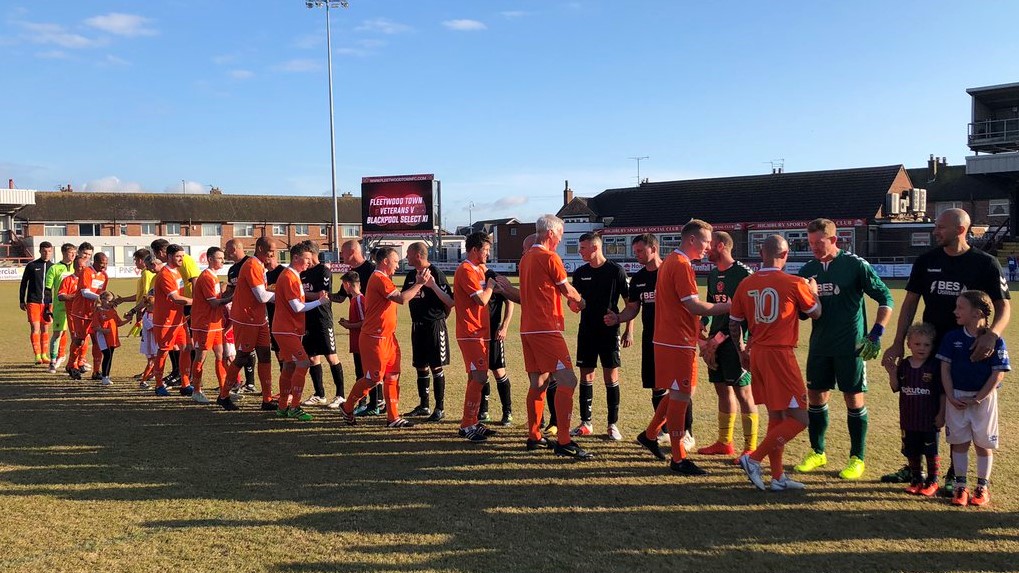 Martin Booker, Head of Commercial at the club added: “It has been another successful end of season event programme at Highbury. The playing surface is always in high demand at the end of each season and we thank all our hirers for their continued support booking their end of season games and events with us. A huge thanks also goes to the staff behind the scenes, who have helped host these events.”

Thanks to all our hirers for their support, we hope you enjoyed the Highbury experience and welcome everyone back next year. For enquiries for Highbury Hire for May 2020, please contact Martin via email on: commercial@fleetwoodtownfc.com.