The Former Players Association (FPA) met at Poolfoot Farm on Thursday Morning for their monthly meet and catchup.

The sun was out – and spirits were high – on the Fylde Coast, and this showed through the former players who attended this month’s get together. A lot happened during the meet – from sharing memorabilia to presenting a cheque to local charity Brian House so there wasn’t a quiet moment.

The morning started in the usual fashion as everyone had a talk from the Chairman of the Former Players Association, Stuart Murdoch going through the monthly news and all the recent – and upcoming – birthdays.

Brian House attended the meeting and they received a big cheque from the FPA’s oldest member Ronnie Bellwood – as the players managed to raise £407.42, which is great support for a superb local charity! 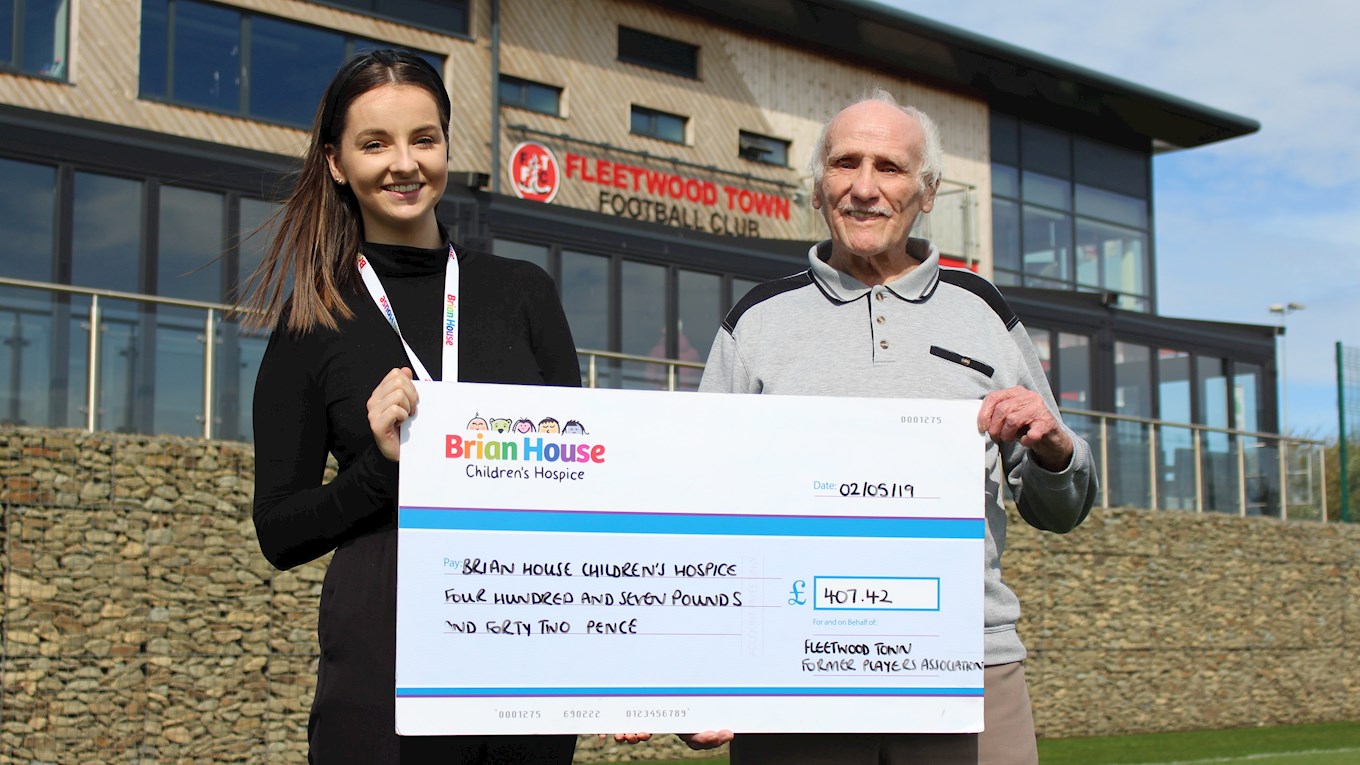 After a group picture, we caught up with Tony Mudie – who played for Town from 1978 to 1982. He told us all about his time playing football, the differences between then and now, and also the importance of the monthly meetings of the FPA. Watch the full interview below.

The next meeting will take place at Poolfoot Farm on Thursday 6th June at 10am. Those who attend will be able to pick up their free copy of the FPA Newsletter – Issue #4. Further details may be obtained from the Association's Chairman, Stuart Murdoch, by email stuart.murdoch@fleetwoodtownfc.com or phone 07921 934775.