The Former Players Association met at Poolfoot Farm on Thursday morning for their March get together.

Numbers continue to grow with new faces coming for the first time and enjoying meeting former players they haven’t seen in years. With the new Former Players Association flag up in the canopy at the club’s training ground, it was an entertaining meeting to say the least.

In attendance was former striker Andy Mangan – who played for Fleetwood from 2011 to 2013, and helped the club win promotion from the Conference National into the fourth tier of English Football in the 2010-11 season. He played in 12 matches in League Two, scoring four goals. 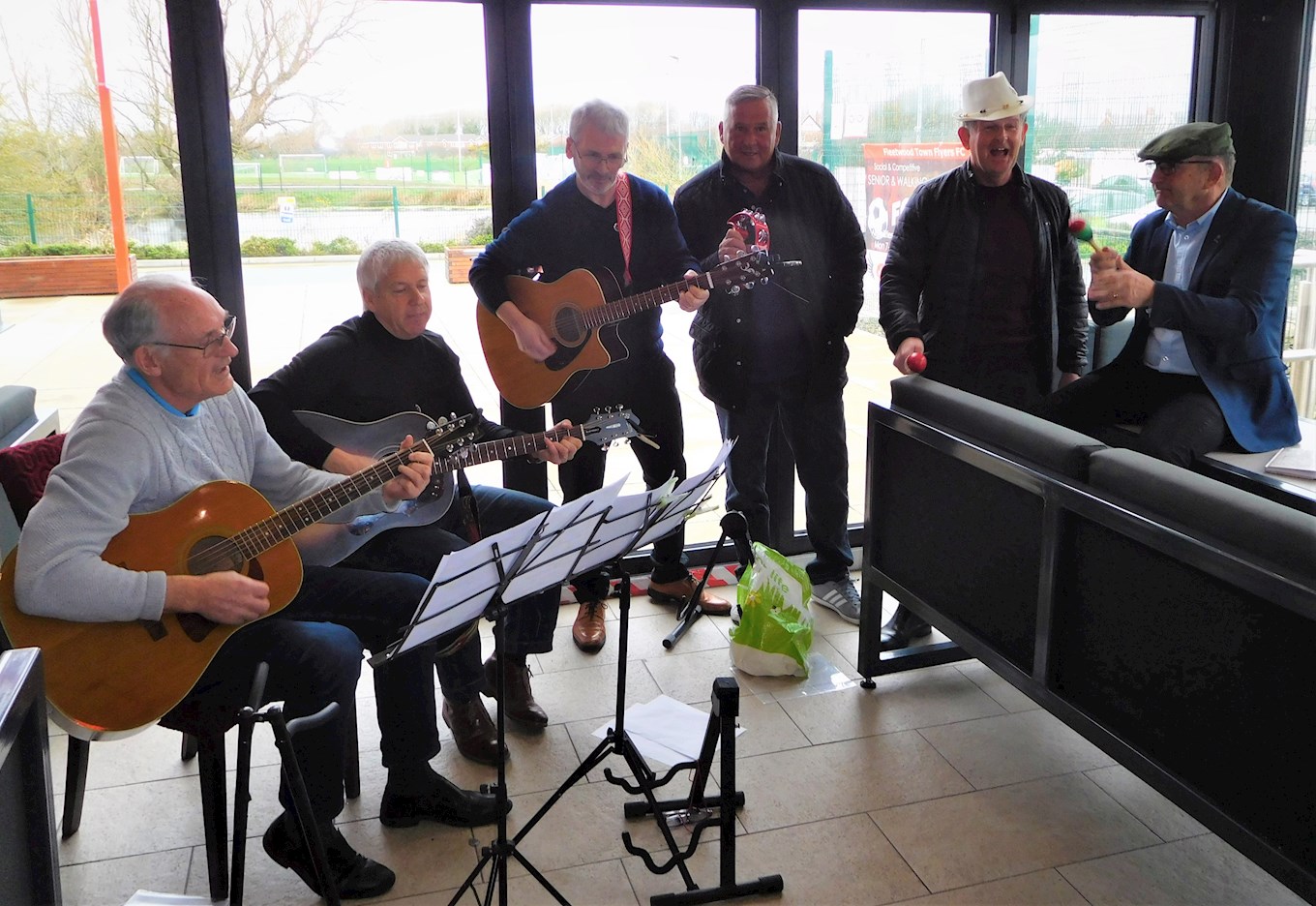 Whilst former players were chatting away, a brand new music band was formed. They played in the canopy at Poolfoot Farm singing Steve Harley's 'Make Me Smile' and many other classic songs from the 60s and 70s.

Also at the meeting was the FPA secretary, Tony Collier, as he celebrated his birthday among the large group of former players. Whilst there, he gave an update on what has been happening at the meeting in the last few months, some information on who was playing in the band and also what is next for the association.

The next planned gathering will take place at Poolfoot Farm on Thursday 4th April at 10am. Further details may be obtained from the Association's Chairman, Stuart Murdoch, by email stuart.murdoch@fleetwoodtownfc.com or phone 07921 934775.