Good Morning Britain came to Fleetwood Town’s training complex Poolfoot Farm on Firday morning to celebrate the success of the England Women’s team after their 3-0 win over Norway on Thursday night.

TV presenter Katy Rickitt went live on prime time television at 7:55am, and with over 50 girls from the Fleetwood Town Junior Girls team, it was a morning to celebrate the women’s game from the increase in participations on the field, to a record TV audience of 7.6 million who watched the Lionesses in action in the World Cup Quarter-Finals.

Phil Neville and his players will now closely watch hosts France take on three times Champions - and current reigning winners - the United States of America on Friday evening to see who they will face in the Semi-Finals of the competition. 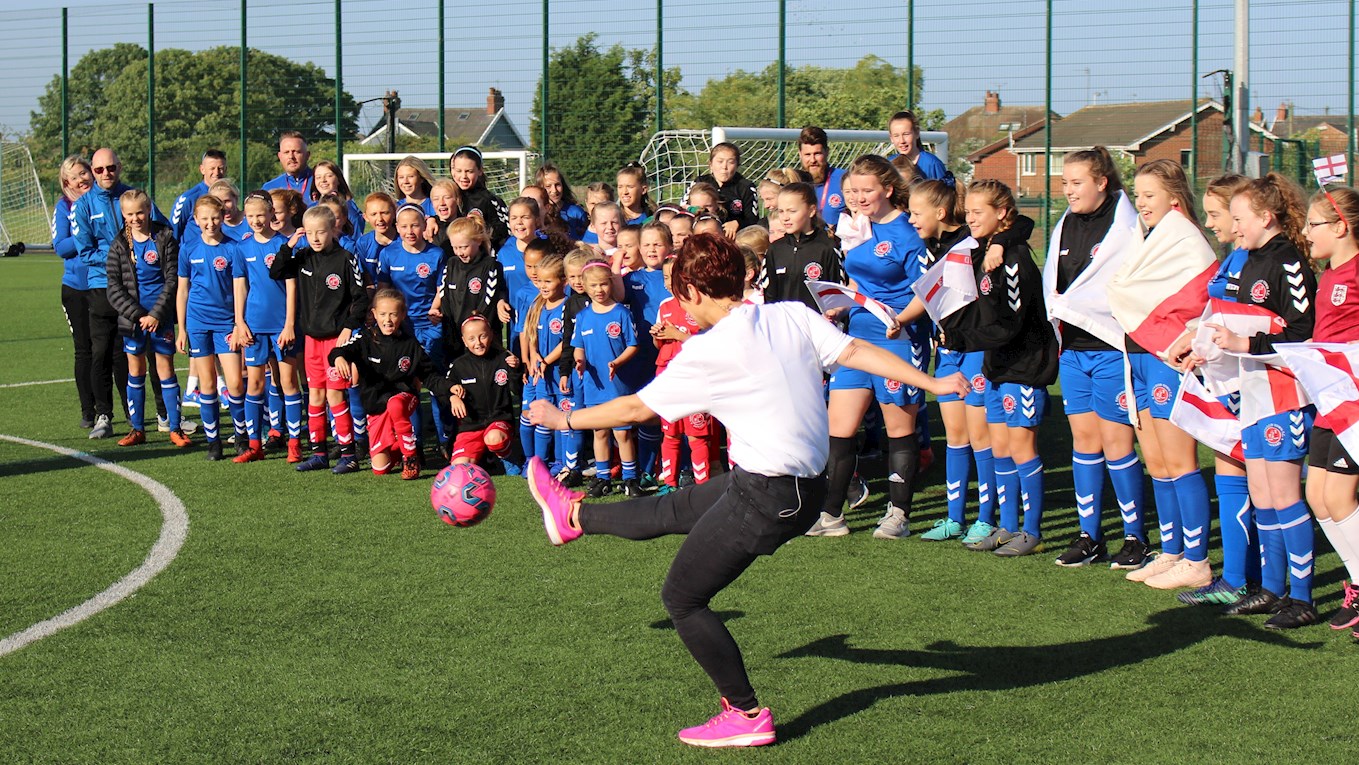 The match featuring England will be shown live at Poolfoot Farm on Tuesday night, with everybody welcome to cheer on the Three Lions, as they look to get to their first World Cup Final since the tournament began in 1991.