There’s now just one week to go until the fixtures are announced for the new Sky Bet League One season.

Joey Barton’s squad report back to training on Wednesday 26th June, six days after the players and staff find out who they’ll be facing on the opening day of the 2019/20 season. Last year it was AFC Wimbledon, who will it be this time round?

The full fixture list will be unveiled at 9am on Thursday 20th June, with the official Twitter and Facebook channels bringing you the news of the dates set for our Fylde Coast derby match against Blackpool. Supporters will also find out when they will be making trips to new two new stadiums, this includes Ipswich Town's Portman Road, and St Andrews (home of Birmingham City) where Coventry City will be ground sharing for the season.

Once the fixtures go live you can download them all to your calendar from the FIXTURES PAGE. You can click through now to see all of our pre-season games.

Fans can also download the official Fleetwood Town app on their iPhone and Android devices. Click HERE for more details. 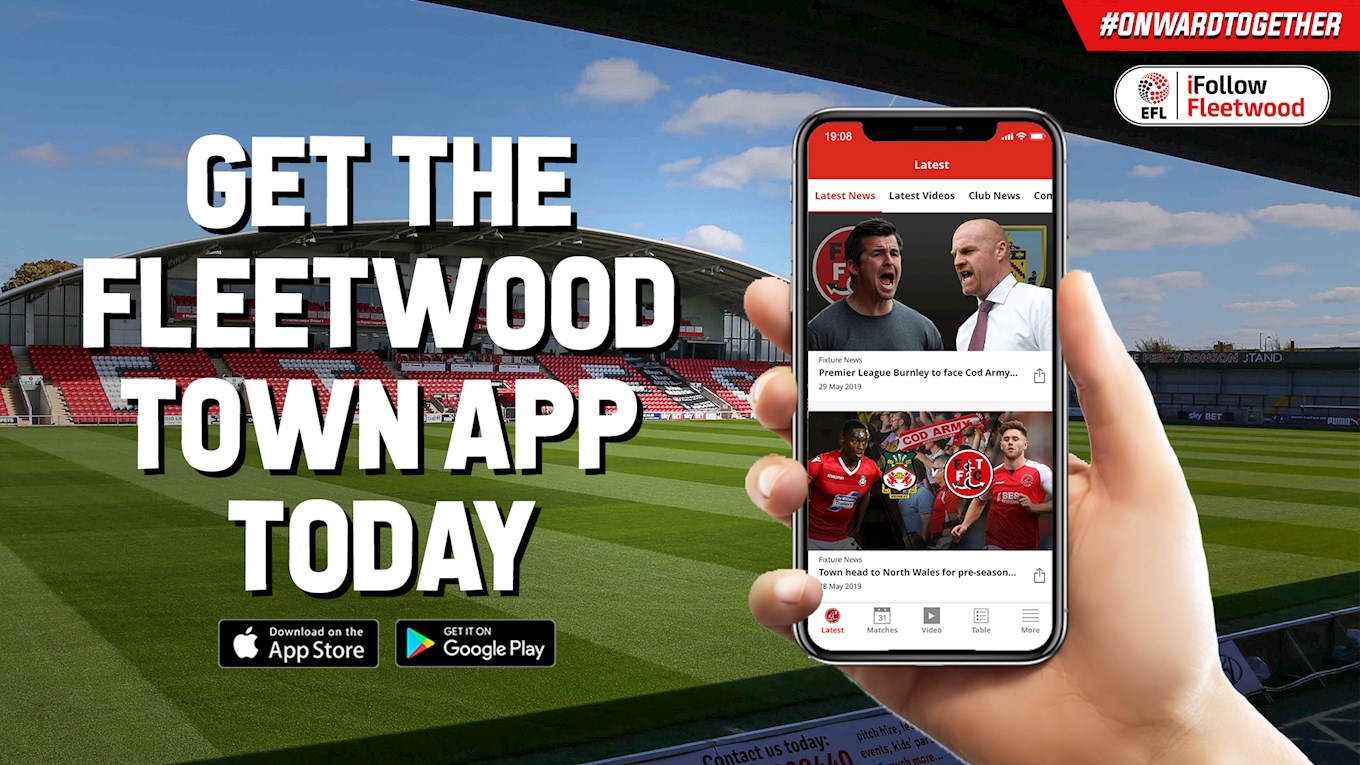