A once forlorn football pitch is bringing players of all ages together thanks to a stunning transformation led by Fleetwood Town.

The pitch in East Pines Park, Anchorsholme, was in a rather sorry state until the Cod Army’s grounds team got involved.

Town chairman Andy Pilley – who grew up nearby – pledged to help revamp the facilities after he was approached by the Friends of East Pines Park.

And the new facilities have already been credited with reducing instances of anti-social behaviour in the area.

Visiting the park to see the stunning transformation for himself, Andy said: “I grew up near the park and know it very well. It’s an important open space for local residents that sadly, until the Friends group got involved, was in a rather sorry state.

“I’m delighted that as a local lad I’ve been able to assist the great work the Friends group does. The pitch now looks fantastic – I’d hazard a guess it’s probably the best park pitch on the Fylde coast!

“What is great to see is that since the work was carried out so many groups are now using the pitch. The club is committed to helping with its upkeep and we hope this is the start of something really special for Anchorsholme residents young and old.” 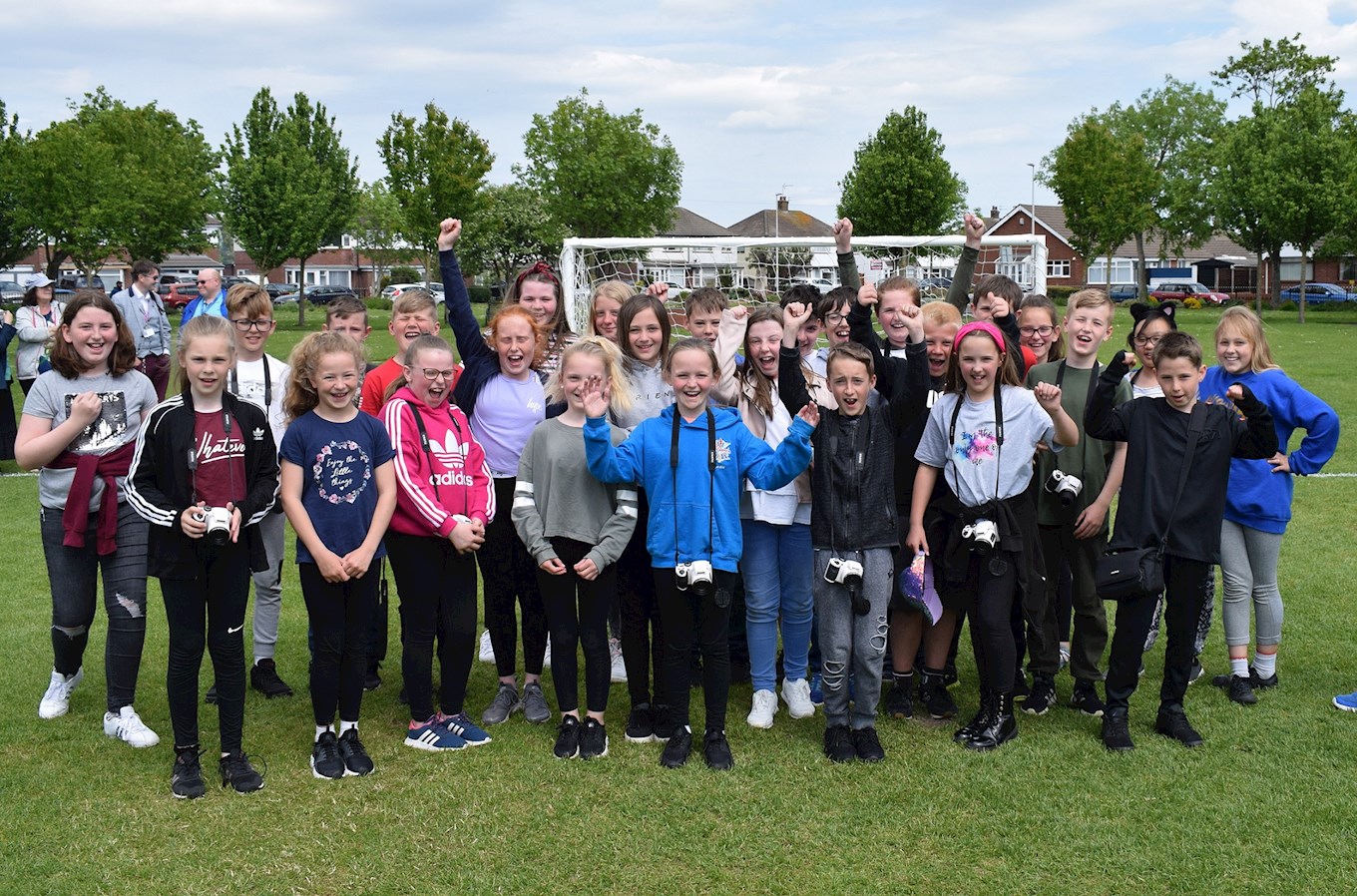 Together with the help of Fleetwood Town, the Friends group– which is made up of a dedicated band of volunteers and local councillors – has secured grants from Sport England and the Lancashire Crime Commissioner.

This has enabled the creation of coaching sessions for under-11 to under-16 age ranges. The sessions, run by Sport Blackpool in association with coaches from Blackpool and The Fylde College, involve around 50 youngsters.

Cllr Paul Galley, who represents Anchorsholme ward, said: “Andy and Fleetwood Town have been amazing. With their support we have been able to create a truly wonderful playing surface. It has proper drainage, is correctly marked out, goals, nets, corner flags and is something the whole community is rightly proud of.

“The impact of the pitch and coaching sessions, together with our message of respect for the park, respect for other residents and respect for the local community, has helped reduce anti-social behaviour in the park massively.

“Our next step is to create several East Pines Park five-a-side teams that can play in the leagues at Fleetwood Town’s Poolfoot Farm training complex. Again, Andy has generously agreed to help us on that journey.

“Through Andy and Fleetwood Town’s support and guidance, we are creating an amazing footballing and sports legacy which will positively shape the lives of people of our young people for a generation to come.”

Since 2015, the Friends of East Pines Park has secured funding and raised money allowing them to install £45,000 of new play equipment, erect £28,000 of new railings, plant more than 4,000 plants and open a café at Anchorsholme Library. In 2018 the park was named ‘Best Park in Blackpool’ in the Blackpool In Bloom awards.