Fleetwood Town can confirm that coach travel will be available at £10 per game for the matches against Wrexham, Port Vale and Carlisle United.

The Cod Army will play three away matches prior to their opening match of the 2019/20 Sky Bet League One season away at Peterborough United, meaning fans can travel without any hassle.

Town will make their way to North Wales on Friday 5th July to face National League side Wrexham, with kick-off being at 7:30pm.

Joey Barton and his side will then travel to Portugal for a week, before heading back to the Fylde Coast to play their next two away matches. Port Vale will be the opponents on Wednesday 17th July, with kick-off at Vale Park being at 7:30pm.

On Saturday 20th July, Carlisle United will be awaiting Town at Brunton Park, with the match scheduled for a 3pm kick-off.

Coaches for Wrexham and Port Vale will be leaving Highbury Stadium at 3:30pm on the day of the match; with coaches for Carlisle United leaving on Saturday at 11:30am.

Fans will be able to purchase coach travel over the phone at (01253) 775080, or in the club shop down at Highbury Stadium. Ticket prices will be confirmed in due course, however the club will not be selling any in davance, meaning supporters will only be able to pay on the day. 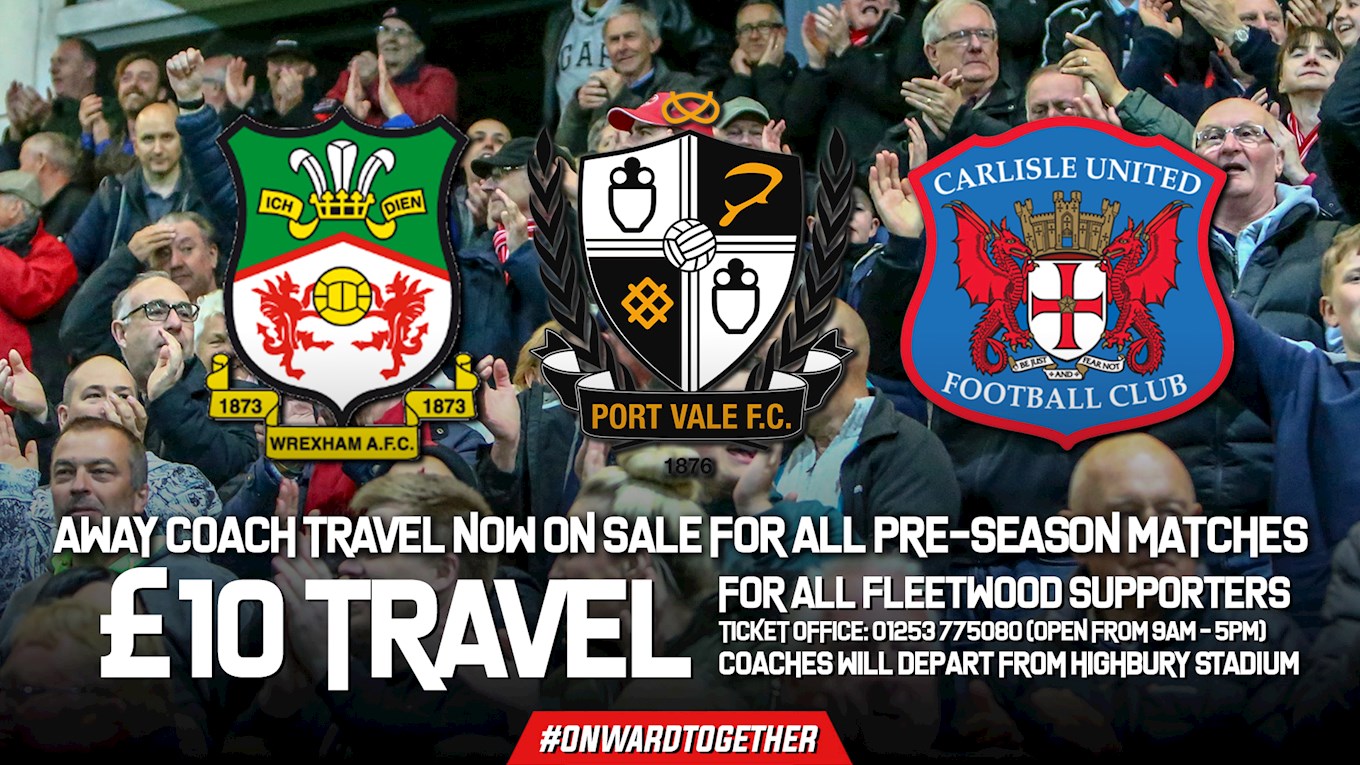