Fleetwood Town stars Alex Cairns and Wes Burns paid a special visit to young fan Finlay Tomlinson on Thursday, and were on hand to give him two special gifts.

15-year-old Finlay – who lives in Fleetwood – recently had his bike stolen from outside Highbury Stadium, the home of the Cod Army.

Thanks to the help of local bike store Brooks Cycles and club partner Heineken, two of the club’s biggest names were on hand to present the youngster with fresh new wheels.

On top of that, the Cardinal Allen student was presented with a new Onward Card for the upcoming season, allowing him access to all 23 Sky Bet League One home matches.

Finlay lives at home with his mum Catherine, and two brothers Daniel, 21, and Oliver, 18. Sadly, Finlay’s dad Carl – a season ticket holder at Highbury for many years – passed away three-and-a-half years ago after losing his battle with cancer. 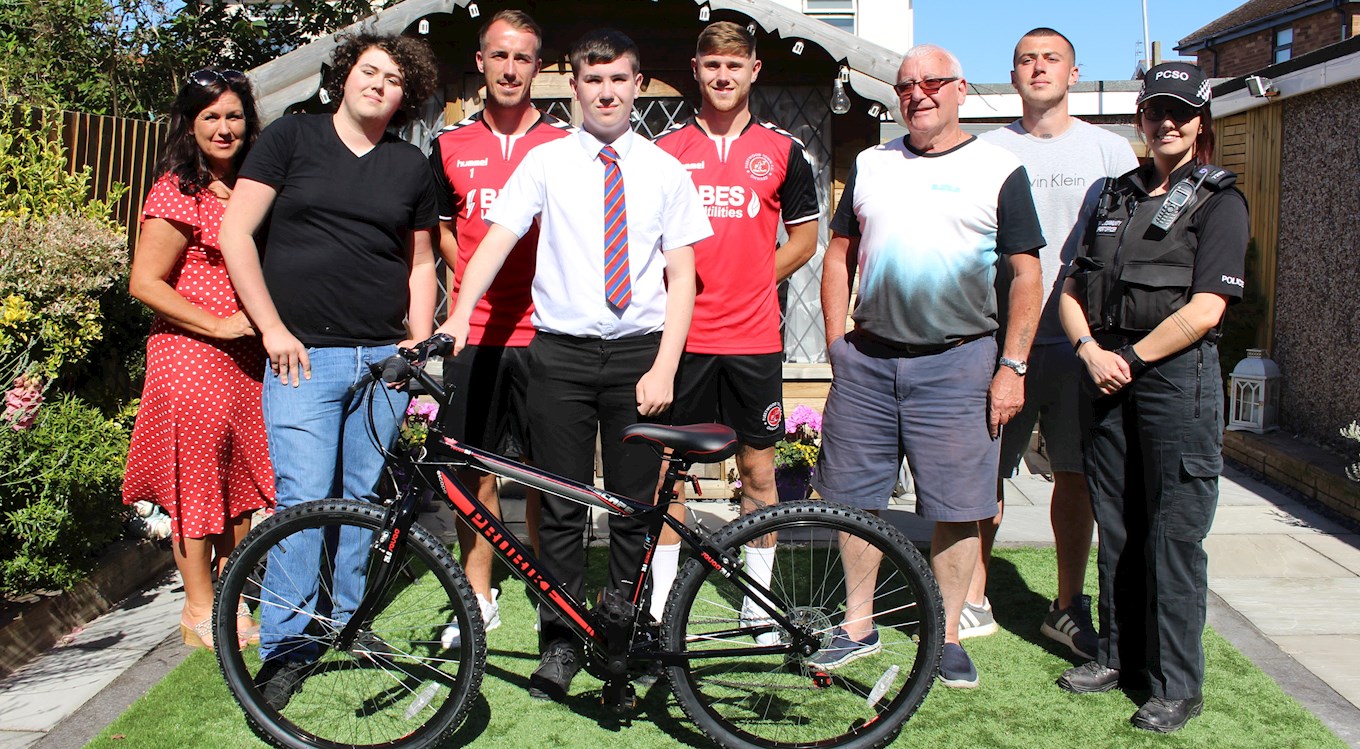 Finlay’s mum, Catherine said on the surprise for her son: “Our family has a real close connection with Fleetwood Town, and we can’t believe that Alex and Wes have come down today with a new bike and Onward Card for Finlay.

“The whole day has been overwhelming for us all. It’s such a lovely surprise and it’s something really positive after what has been a difficult time for us.”

Goalkeeper Alex Cairns, who is also the club’s 2019 PFA Community Champion, added: “As soon as we heard about what happened with Finlay’s bike we couldn’t wait to get down and help in whatever way we can.

“I think he was a little surprised to see us at his front door, and it was great for me and Wes to see the delight on his face when we gave him his new wheels.”