Many glowing tributes have been paid this season to the form shown by Fleetwood’s Wes Burns, a man who has gone from strength to strength under Joey Barton and his coaching team.

“I’ve really blossomed thanks to the confidence shown in me. With new faces appearing in the coaching set-up this season it’s almost been like signing for a new club. I’ve worked loads with Steve Eyre on my finishing and different angles of finishing, so much so that I’m almost becoming clinical in front of goal now.”

Seven goals so far this season is testimony to that, but a key feature of Wes’s season has been how seamlessly he has adapted to various roles. When he first arrived at Highbury, in 2016, fans were used to seeing him playing, and scoring, in a direct role through the middle.

Five goals in eight games quickly made him a favourite with the Cod Army through March and April of that year. More recently, he has used his pace and talent to good effect down both flanks and even moved back to a more defensive role when the situation demanded it at AFC Wimbledon, following the suspension received by Lewie Coyle.

“Wimbledon was the first time that I’ve played right back in a back four. Previous managers have gone with 3-5-2 so I will have played a wider wing-back role for them. Even though I’ve not worked with the defensive unit in training, I’ve heard Clint Hill’s advice to others loud and clear across the training ground.

“Subconsciously, I suppose, I’ve picked up useful tips like ‘open your shoulders’ and ‘get into slots’ from a man who has played at the top level. It made it easier to step up into a situation as I did at Wimbledon and, again, at home to Scunthorpe United last Saturday. I don’t mind where I play, to be honest.

“I’ll play any position to the best of my ability. Against Chorley in the FA Cup, I came on as a right-sided forward, went to right wing back after a man was sent off, then right back after we made a change. Someone went down injured and I ended up centre half for a few minutes!” 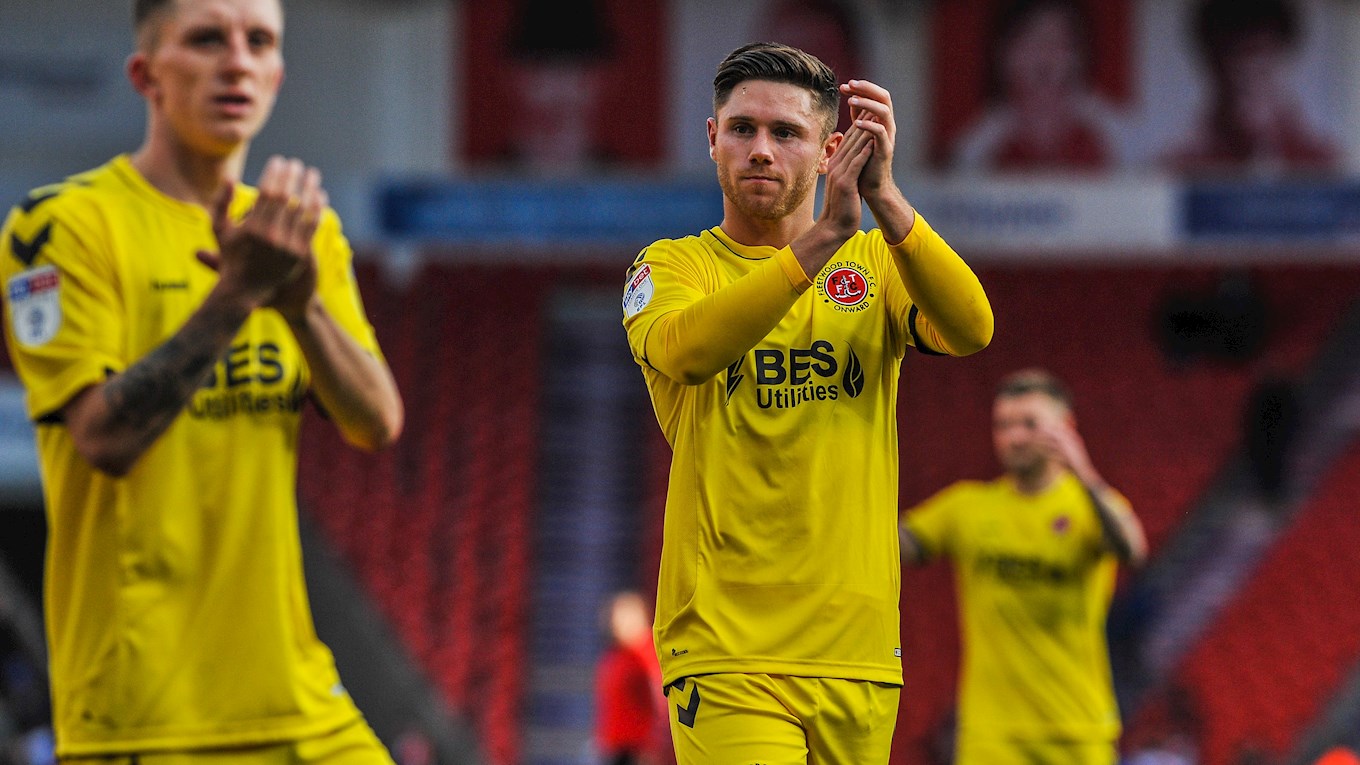 Wes concedes that there have been dips in form since those heady early days at Highbury but puts his current, eye-catching performances down to hard work on the training ground and contentment on and off the pitch.

“I’ve found happiness inside and outside football and that has benefited me a lot. I don’t believe any footballer who says you can be unhappy off the pitch and happy on it. It simply can’t happen. There is such a strong connection between the two.

“I’m settling down here now and making friends outside of football, in and around the area. That helps me take my mind off the game and avoids me sitting around the house on my own. Once you’ve been somewhere longer than a year you start to really get to know people around the club, such as the analysts and the physios and feel more part of the set-up. It’s good to keep everyone onside. You never know when you might need them!”

Further stability comes from being midway through a long contract.

“Yes, injury and form permitting, I hope to benefit from that situation going forward. There have been games missed with a hamstring and suspensions but, credit to the manager, he has always thrown me back in when I’m available. I can’t thank him enough for that.”

Despite two red cards, I put it to Wes that he is far from being a dirty player, perhaps even the type who was on the edge of things in the school playground?

“Both sending-offs were identical, to be fair. I thought that the one against Rochdale, which got overturned, was a harsh red card anyway. You learn from those experiences, though. I’ve only had two yellow cards this season as well as the sending off. As for the playground, don’t you worry, I used to get in the thick of it back then! There weren’t any yellow or red cards to be handed out were there?!” 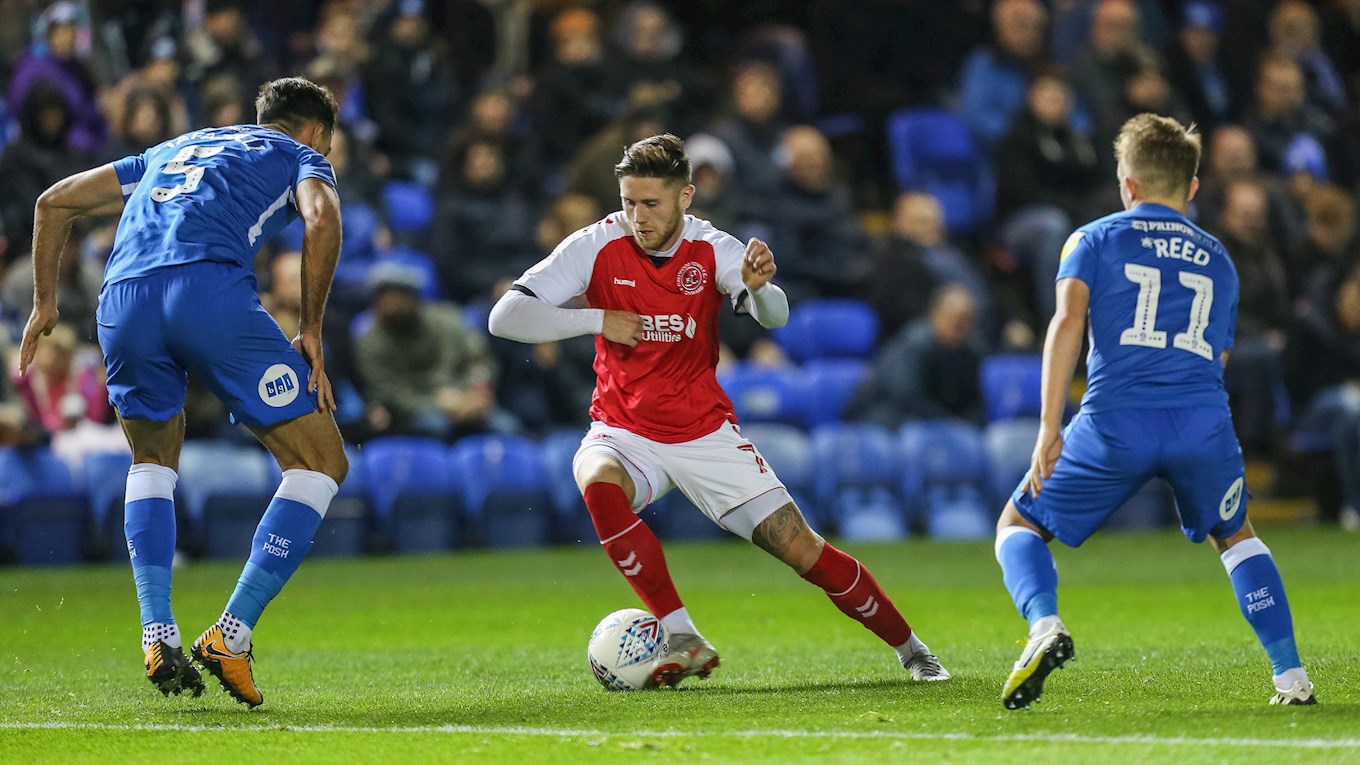 Joey Barton is Wes’s fourth manager at Highbury. What does he recall of the other three?

“Steven Pressley was a high press manager, wanting to play out from the back. I didn’t play as much under Uwe Rosler due to different circumstances with formations. Still, the playoff season in 2016-17 was ‘surreal’. I remember that there were a lot of draws in our long, unbeaten run but we definitely had the feeling that we would never lose. There was always the chance that we could score late in the game.

“Conor McLaughlin showed that at Wimbledon, Bally [David Ball] at home to Southend and Demps [Kyle Dempsey] at Gillingham. Having played in the Championship with Bristol City, it would have been a tough prospect had Fleetwood gone up. The Championship is such a competitive league.

“We would have had to recruit really well and defend solidly to survive at the higher level. John Sheridan came to do a job and did it superbly with a winning streak taking us out of trouble. Obviously, the gaffer now has been a big help for my career.”

We looked back on some personal highlights since that playoff season ended. I put it to the Welshman that it must have been a thrill to score in an exciting 2-2 draw at Ewood Park in October 2017.

“It was a late equalizer and I think the ball hit me rather than the other way round! However, it was nice to score in such an atmosphere and at an iconic ground.”

Another huge venue was the King Power Stadium where Wes came off the bench against Leicester in the FA Cup last year.

“We had earned that night after a superb performance at home when we could have nicked a win late on through Ash Hunter. By the time I came on at Leicester, they were kicking the ball for fun and left us chasing shadows but it was still a great experience.

“Scoring away at Blackpool last April was an amazing feeling because we thought we were going to create history by beating them for the first time. Then, two late goals killed us off. Revenge this year was sweet and I scored again which is a good habit for a Fleetwood player against their local rivals”

I put it to Wes that there was a big difference in his game between those two local derbies.

“Definitely. Last year I was struggling to buy an opportunity in front of goal whereas this year I’m a lot sharper. Although I missed a chance from six or seven yards against Rochdale recently it didn’t worry me at all because I know I will get further chances to score. Last season if I’d missed that chance I’d have put it down to a lack of confidence.” 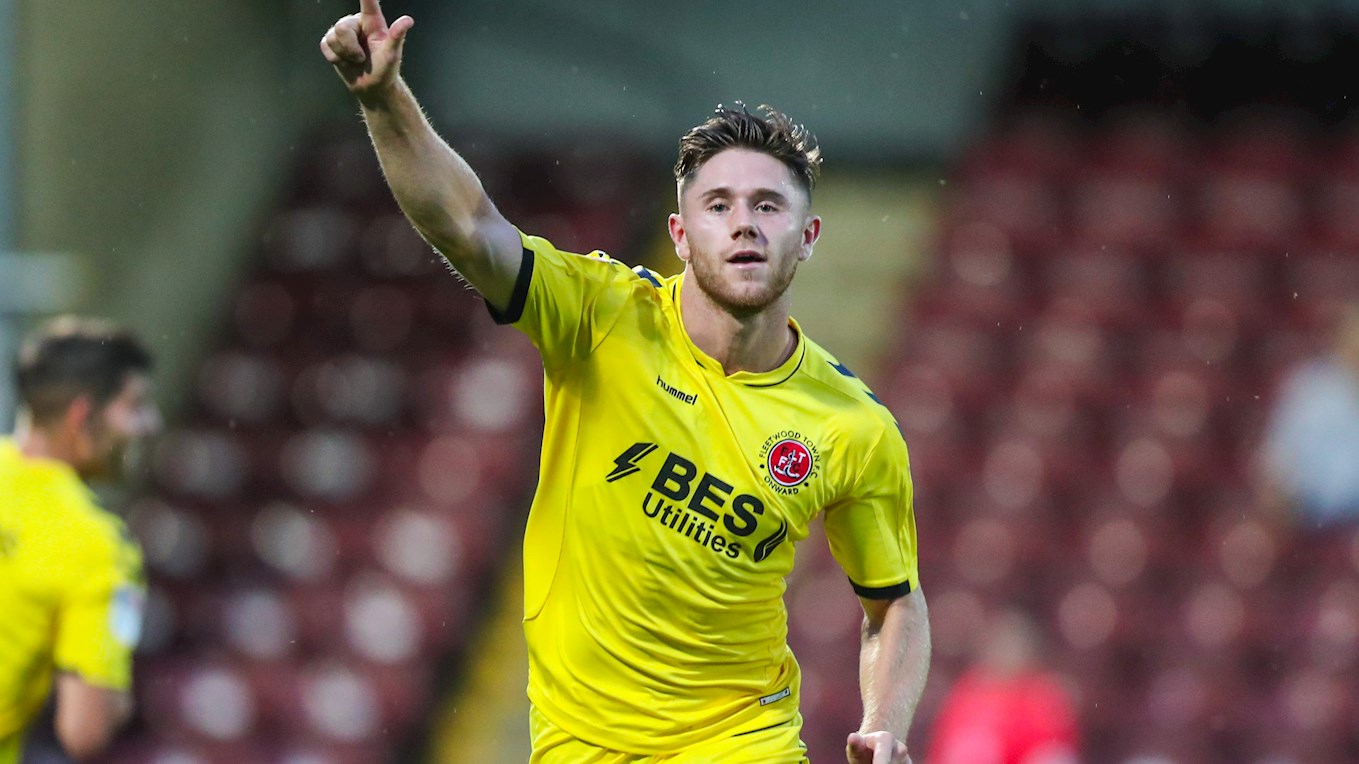 Two goals in a 5-0 thrashing of Scunthorpe will take some beating this season.

“We ran riot that night, everything came off. We had a feeling that someone would be smashed, it happened twice to Doncaster and at Wimbledon. Until we went down to ten men we were also competing against Portsmouth and they weren’t troubling us.

“We have an incredible strike force. We’re all scoring goals and Nads [Ashley Nadesan] has been superb since he came back from Carlisle. Paddy [Madden] and Ched [Evans] work so well together. You know that Paddy will graft around and that Ched will fight all day to get those second balls. They complement each other well. Paddy’s effort is second to none. He’s always a top runner in the stats. Ash has been superb with assists and goals.”

Wes’s family have given unstinting support since childhood days.

“They would come home and away but don’t get to quite so many games these days because of the long distances involved. When we are down south they will come and I always get texts before the game. They are never far behind me supporting me.”

A hundred appearances for Fleetwood in all competitions is but six matches away and life is currently good for this quietly-spoken, articulate young man. It is clear, however, that Wes Burns is taking nothing for granted.

“I’ve hit form before and stepped off the pedal. I’m determined to not let that happen again.”